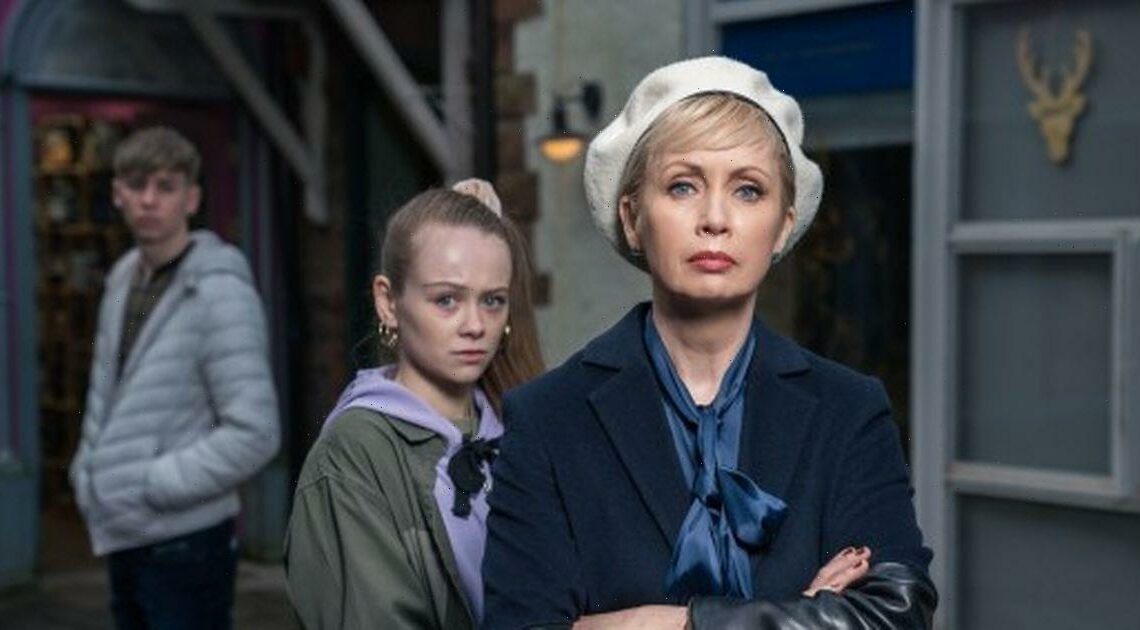 Heartbreak and tragedy looms in Hollyoaks next week, as a major explosion occurs in the village.

The explosion puts the lives of the residents at risk, including the lives of some of the Nightingale family.

Will they survive? Or will the explosion see some fan favourite Nightingale characters leaving the soap? Viewers will have to wait and see.

Since the Nightingale family joined Hollyoaks, they have been involved in some huge storylines including murders, marriages and dramatic feuds.

Daily Star takes a look at what the actors who played the Nightingale family are up to when they're not starring in the soap.

David Easter played Mac Nightingale in Hollyoaks until his shock murder by Breda McQueen after she fed him a poisoned lasagne.

However before Hollyoaks, he had a rival soap role in Emmerdale as Gil Keane, and has since starred TV programme Cockney and Scouse, due to air this year.

In his personal life, David was also married to former Coronation Street star Denise Welch from 1985-1988.

Last year, the star was named a patron of charity Kenward Trust, which specialises in helping people deal with drug and alcohol addiction.

Talking about his own experiences of addiction, David revealed that he had tried to take his own life after becoming addicted to alcohol, but that a phone call from a friend saved him.

He told Kent Online: "I was a functioning alcoholic and a drug addict from the age of 30. It's triggered by a traumatic experience which for me was that I had a pretty bad childhood."

He added: "I attempted to take my own life but I was stopped. Then I made a phone call to a friend and I went to stay with him and he put me in touch with Kenward Trust."

"I'm not being over dramatic but if it wasn't for Kenward Trust, I think I would be dead."

Lysette Anthony was already a huge star before appearing as Marnie Nightingale in Hollyoaks, having appeared in huge Hollywood films including Dracula: Dead and Loving it, Look Who's Talking Now and TV series Cluedo.

She was also the star of a series of Bryan Adams music videos in the eighties, including Run to You, Summer of '69 and Heaven.

While she continues to play Marnie Nightingale in Hollyoaks, Lysette is also listed as appearing in a film called Book of Nightmares, currently in pre-production.

Gregory Finnigan joined Hollyoaks in 2016 as James Nightingale and since then, has been involved in some huge storylines including the murder of James' boyfriend Harry.

He also has a sweet co-star romance with Ariana Fraval who plays DS Cohen in the soap, with the couple being together for over nine years.

They also have three children and have regularly share a glimpse into their family life away from the set on social media, including photos of them walking on the beach or cooking at home.

Ariana joined the soap in 2019, and Gregory shared his excitement about his wife joining him on set, telling OK! Magazine: "It's lovely having her here. The first scenes she did were actually with me when James had to identify the body.

"She has got to know the cast and is making friends – now she finally can put faces to the names I've been talking about all these years! It's good fun working with her."

Outside of Hollyoaks, the actor has also had a role in another rival soap EastEnders, as Dr Arnold Arnott in 2011, and has appeared in TV programmes including Family Affairs and Doctors.

Hollyoaks' heart throb Owen Warner has played Romeo Nightingale since 2018, and during his time on the soap, he has been a part of some huge storylines.

Hollyoaks is currently listed as the actor's only major TV role, but he has also made appearances as himself on TV programmes including I'm A Celebrity…Extra Camp in 2018.

Outside of the soap, Owen has also had a series of high profile relationships with stars including co-star Stephanie Davis and celebrity make-up artist Lana Jenkins.

He has also dated The Apprentice star Camilla Ainsworth and Geordie Shore's Chloe Ferry, with Chloe telling The Sun Online after their split: "I have enjoyed Owen’s company and we had a really good holiday together.

"It’s the right person, but the wrong time. I think the world of Owen and we will remain on good terms."

Niamh Blackshaw plays teenager Juliet in Hollyoaks, who has been involved in storylines including being attacked by Peri Lomax's stalker Timmy.

Before she played Juliet though, she had a role as Bethany Platt's friend Lara Cutler in Coronation Street, as well as starring in the short film Landline in 2018.

Viewers may also recognise her as the teenager from the Mr Kipling cake advert, where she tells her little brother to "get out" before he leaves her a cake as a present.

Lucy Jo Hudson was another member of the Nightingale family to join the soap in 2018, playing Donna Marie, a character she continues to play.

She was already a huge soap star before joining Hollyoaks, landing on her first breakout roles as Katy Nelson in Coronation Street from 2002-2005, before starring as Rosie Trevanion in Wild At Heart.

During her time on Coronation Street, she also started dating Tyrone Hobbs actor Alan Halsall, with who she had a daughter.

Ahead of the wedding, Lucy also showed off a huge weight loss transformation and dropping three dress sizes, saying to The Daily Mail: "I lost weight because every bride wants to look their best so I started looking after my health more.

"I started exercising too and I’ve sort of kept it up."

The couple were married from 2009, before divorcing in 2018, and Katy is now in a relationship with her partner Lewis Devine, with who she welcomed a son last year.

Hollyoaks airs weekdays on Channel 4 at 6.30pm followed by first look episodes on E4 at 7pm