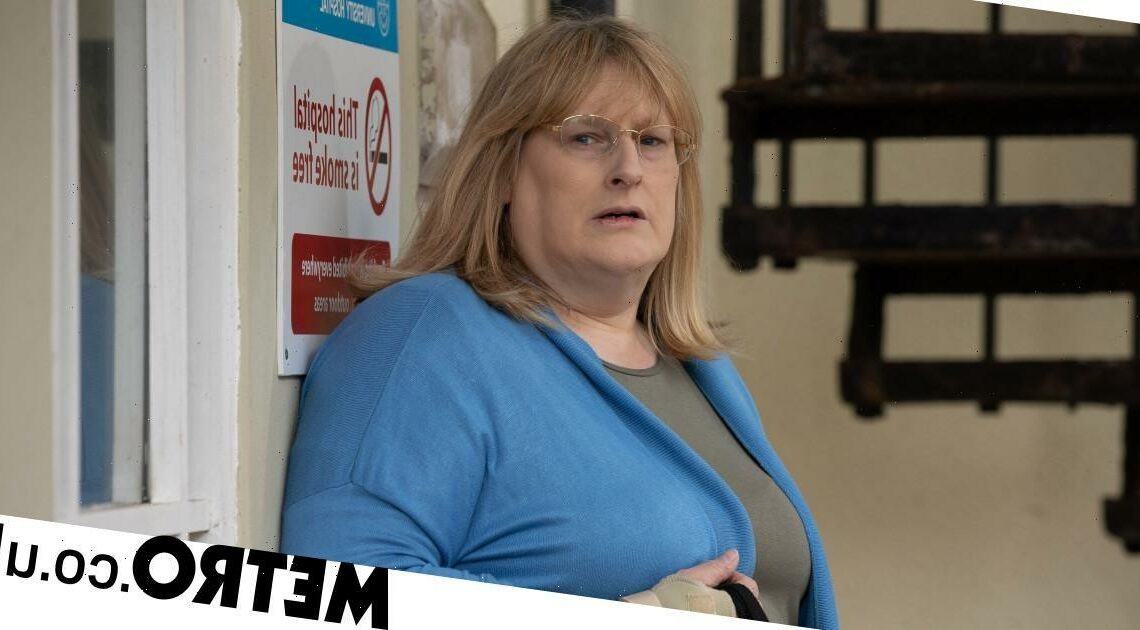 The soap’s resident head teacher is currently behind bars, after she did whatever was necessary in order to incriminate herself in George Kiss’ (Callum Kerr) murder.

Her aim in doing so was, of course, to get John Paul McQueen (James Sutton), who lied and told the police he committed the crime, set free.

John Paul later answers a call from her, but their conversation is interrupted by a mysterious figure, who Sally begs to leave her alone.

Subsequent scenes see Sally admitted to hospital, as she’s been beaten up.

Nana (Diane Langton) and John Paul head to the hospital, but Misbah Maalik (Harvey Virdi) tells them that they’re not allowed to see her.

PC Smith (Callum Lill), meanwhile, pays Sally a visit, and makes it quite clear that he won’t make her life in prison very comfortable.

Sally later confides in Misbah, explaining that her beating was a hate crime, revealing that the attackers are intent on ‘finishing the job’ when she’s returned.

Misbah, desperate to help, comes up with a plan to buy Sally some time.

Sally, however, makes a shocking decision as she plans to escape, and later she discusses her plan with John Paul and Nana.