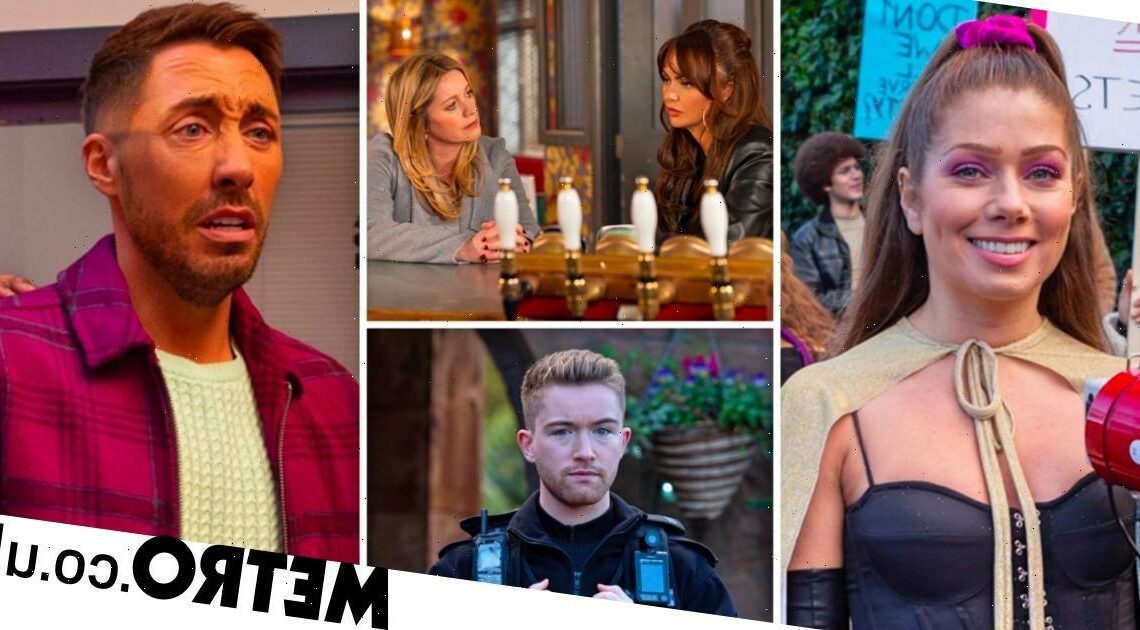 Hollyoaks lines up more drama next week, and if you’re excited for what’s to come then we’ve got a first look picture gallery to tide you over!

No-one turns up, or so Maxine thinks, but soon enough, a huge crowd arrives with placards showcasing powerful messages, much to her delight.

But as the march prepares to commence a problem arises, as policeman Sam (Matthew McGivern) arrives, revealing that a noise complaint has been made.

The question is: who is to blame?

That would be Tony, and Maxine makes it her mission to have it out with him. But will she succeed in making him see sense?

Elsewhere in the village during the week in question, there is trouble for the teens, as a camping trip ends in disaster.

The teens try to wake her, but she’s unconscious and thus is rushed to hospital in a critical condition. Will she be okay?

Hollyoaks airs these scenes w/c Monday January 30 on Channel 4, or see them first from Friday January 27 on E4 and All4.