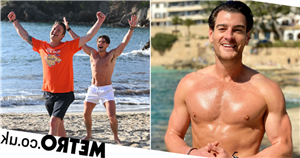 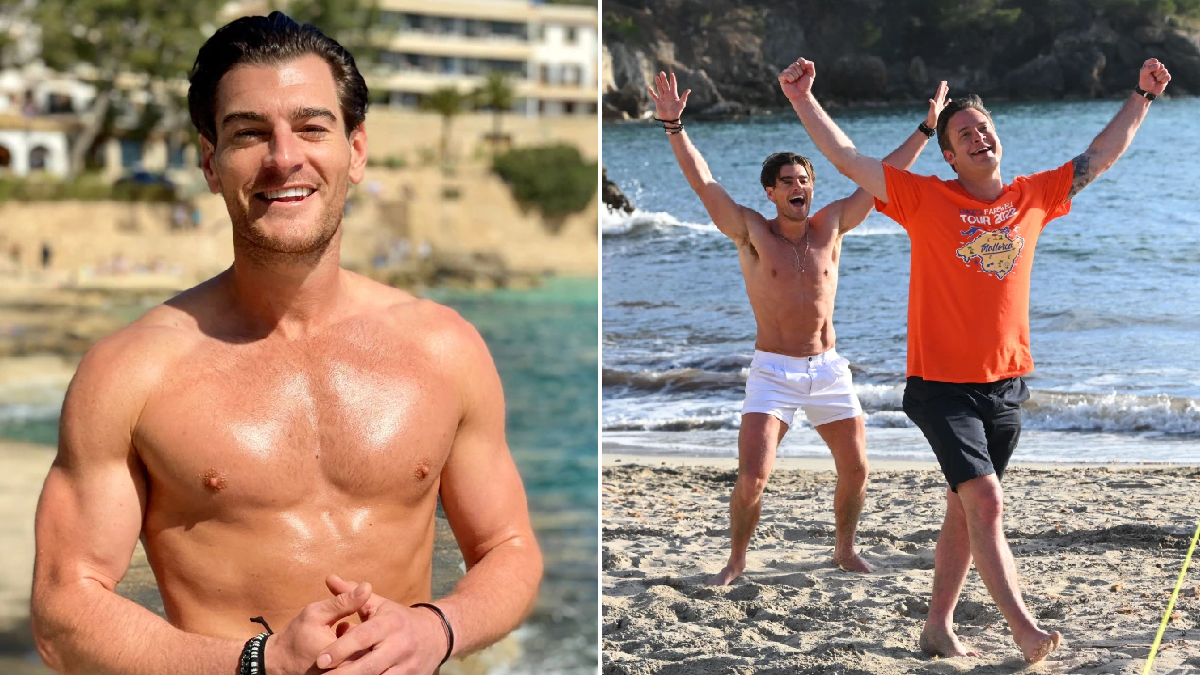 Luke Morgan’s (Gary Lucy) pre-wedding celebrations get off to quite a memorable start in Hollyoaks next week when he encounters a chap named Alex (Matt Lapinskas) in Mallorca.

Alex is charming, attractive and just about the nicest guy you could possibly meet, and he proves to be just what Luke his fellow stags need when they encounter trouble abroad.

Luke, as viewers know, booked a holiday to Mallorca several months ago, and he jets off next week for some special pre-wedding fun with his nearest and dearest.

Things, however, get off to a bit of a rocky start for the lads, as they discover the boat that they’ve hired is a far cry from the one they were expecting.

‘Alex takes the boys under his wing,’ actor Matt Lapinskas told Metro.co.uk. ‘He says: “I can show you the island? Come have some fun with me.” And they do! They have an amazing time.

‘Unfortunately, when they get to the beach, they get robbed by a little gang. Everybody ends up without their clothes on! Which should be fun for the viewers!’

As Matt says, the stag-do party ends up completely and utterly naked, as they’ve been mugged!

This, however, is where things take a turn.

‘Luke realises that Alex is still wearing a bit of his jewellery, and he gets a little bit suspicious about that,’ continued Matt, who branded his character the ‘villain’ of the episodes.

‘[Luke] ends up following Alex to an undisclosed place, and once inside, things take a turn for the worse, and we discover that Alex isn’t as nice as he first made himself out to be! That’s pretty much all I say, without giving too much away!’

Matt, who is best known to viewers as EastEnders’ Anthony Moon, revealed that he’s ‘buzzing’ to be back on our screens – and to be quite honest, so are we.

‘It’s been a while since finishing EastEnders and Dancing on Ice,’ he added. ‘I’ve done a few films and I’ve been on tour doing musicals. I’ve also been doing panto every year. It’s nice to be back on TV!

‘A lot of people are excited, I’ve had a lot of messages on Twitter, Instagram and other social media platforms, all saying: “Can’t wait to see your face back on TV”. I’m really excited for it, and to have had the chance to be working for such another amazing soap.’

Matt makes his Hollyoaks debut on Tuesday June 7 at 7pm on E4.