The ratings don’t lie — Home Town Takeover on HGTV is a bona fide superstar, with more than 6.5 million viewers tuning in to the May 2 premiere, according to a press release from the network. Ben and Erin Napier of Home Town fame take on the biggest project of their careers when they revitalize not just a house, but an entire town, on the uplifting series.

Every episode of Home Town Takeover will have something exciting to offer. But the second installment is extra special for some movie buffs. Plus, it has special meaning for Erin, who is a huge fan of the film Big Fish. 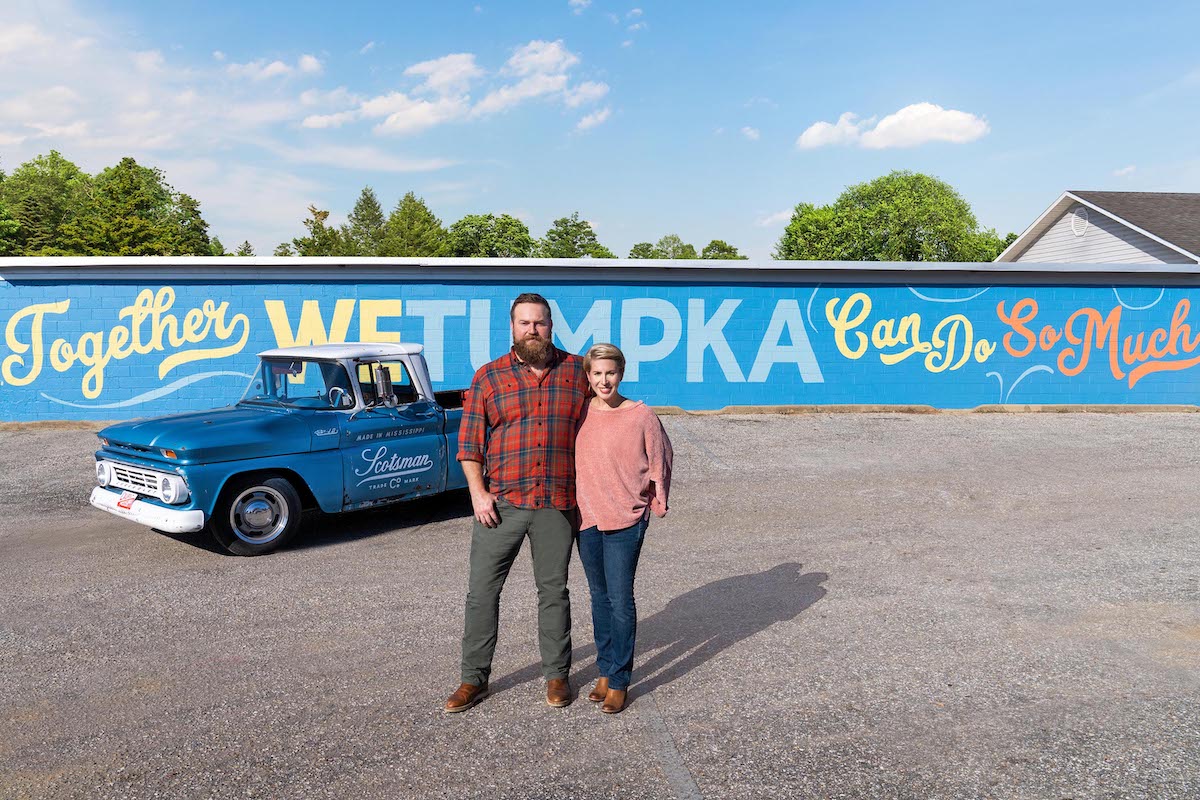 Tens of thousands of people submitted their applications to win the privilege of a whole town makeover on Home Town Takeover. The Napiers knew it wouldn’t be easy to pick a winner. But Wetumpka, Alabama stood out for so many reasons, thanks to their small town pride and resilience in the face of a natural disaster.

Multiple buildings were damaged during a January 2019 hurricane. But rather than give up hope, the residents banded together to fix up the properties and help each other as a true community should. And now, the Home Town hosts along with a revolving cast of HGTV and discovery+ stars are offering their time and talent to the project, too.

Movie aficionados are no doubt familiar with the 2003 Tim Burton fantasy comedy Big Fish. The film, which is based on a novel by the same name, documents a son reconciling with his dying father. It’s all set to the backdrop of a house in a small town which happens to be located in Wetumpka.

The home is now a private residence that still bears remnants of its famous past, helping to draw tourists and Burton fans to the area. But the property was in need of some repairs. Luckily, Erin is a huge fan of the movie, so she was more than eager to restore the house to its former beauty while retaining that Hollywood charm from the movie.

In the episode, Erin admits the house has personal significance for her. She explains how actor Albert Finney, who played the older Edward Bloom, looked exactly like her grandfather. He died just a few years before the film was released. Now, Erin’s family feels a special connection to Big Fish.

In the end, the Home Town host renovated the Big Fish house to look like the movie but still be functional for the Whitfield family.

She incorporated sconces from the dining room scene into the design, plus vintage spindles on the staircase and the same tile on the fireplace that fans see in the film. Erin even contacted a wallpaper company to recreate the exact same pattern for the dining room walls.

And the homeowners were predictably blown away by the finished product. “I don’t have to be embarrassed anymore or feel like I’m letting anyone down,” Shellie Whitfield gushes, “This is perfect and beautiful and the whole town can be proud of that.”

Erin agrees. “It’s maybe the only house I love as much as my own house,” she admits.

Catch new episodes of Home Town Takeover on Sunday nights at 8 p.m. on HGTV plus streaming on discovery+.