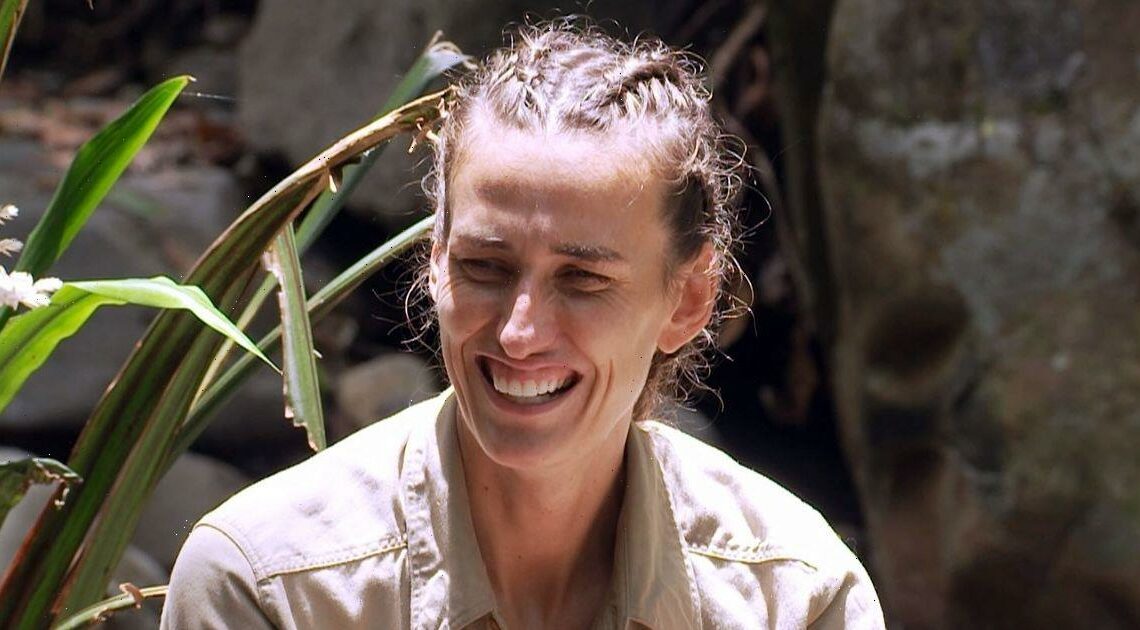 I'm a Celebrity… Get Me Out of Here!'s Jill Scott is reportedly hiding her emotion, according to her partner Shelly Unitt.

Speaking to Good Morning Britain presenters Ranvir Singh and Ben Shephard about Jill's first ever trial, The Ledge, Shelly revealed that "you never see emotion" from the Lioness star.

"I felt she was nervous but with Jill you never see emotion," she said. "Even if she was petrified, you wouldn't have known."

Jill braved The Ledge, a trial which saw her, Charlene White and Babatunde Aleshe walk a 32-storey high plank and jump off the edge, before she even entered the Australian jungle.

Watching along from home with their children Evie and Hattie, Shelly confessed she watched the trial with "hands over my eyes".

"I watched with my hands over my eyes! I knew what was coming", Shelly said as she live streamed from Australia.

Shelly arrived Down Under about a week ago, ready to greet Jill when she leaves the jungle. So far, she's still in with a chance to become queen of the jungle, but Shelly claims she's not in it to win.

"She loves the outdoors so she's doing it for herself. She isn't expecting to win", she admitted.

Emotions have been high for Jill's family and friends, who have also supported the footballer from home, and Shelly confirmed there had been "some tears" but is certain Jill will remain composed.

"I was tearful, there was tears, friends have messaged me saying they were crying – but not our Jill", she revealed.

This is a live TV story and is being constantly updated. Please refresh the page regularly for the latest news, pictures and video.

You can also get email updates on the day’s biggest TV stories straight to your inbox by signing up for our soaps and Hot TV newsletters .

Get all the very best news, pictures, opinion and video on your favourite TV shows by following Daily Star every time you see our name.

Keep up-to-date with your must-see TV stories, features, videos and pictures throughout the day by following us on Facebook at facebook.com/DailyStarShowbiz