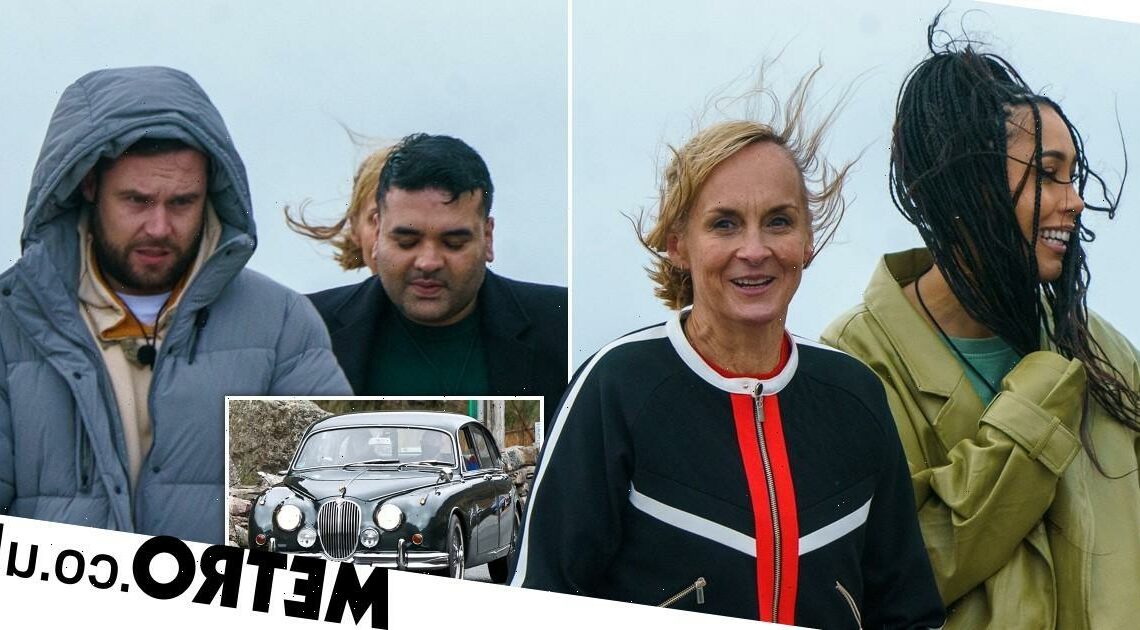 I'm A Celebrity 2021: Stars endure fierce winds as they meet for first time 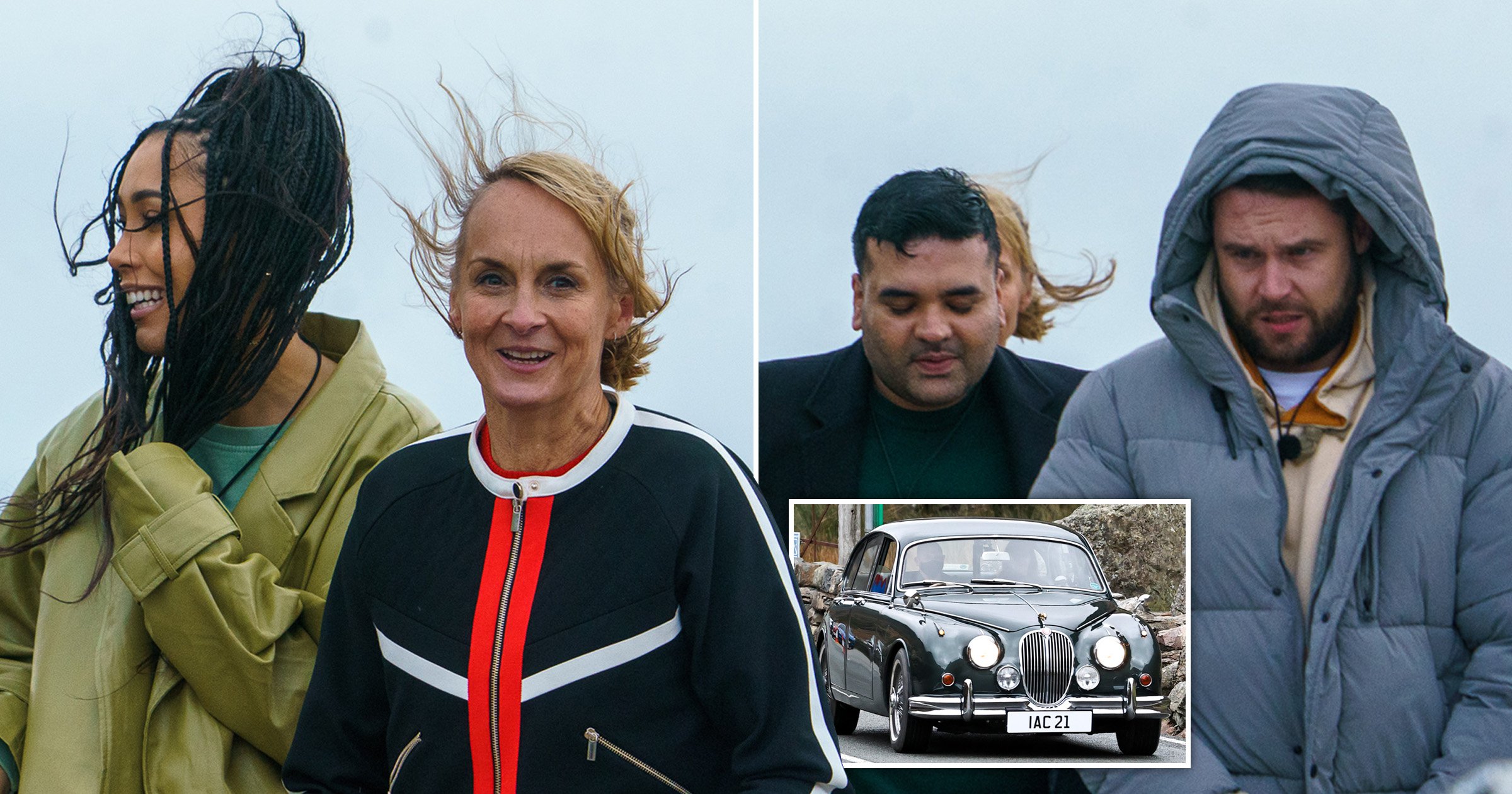 I’m A Celebrity…Get Me Out Of Here 2021 is officially kicking off, with the campmates seen meeting each other for the first time.

BBC star Louise Minchin, Emmerdale star Danny Miller, DJ Snoochie Shy, and producer Naughty Boy were pictured looking absolutely freezing as they endured the cold on their way to Gwrych Castle and we can’t say we envy them at this point.

Their arrivals weren’t exactly low key, with the stars rocking up in Abergele, Wales, in vintage Jaguar cars with the registration plate ‘IAC 21’, while the road was cordoned off.

As they got to know the people they’re going to spend the next few weeks living with, Louise and Snoochie are clearly already getting on like a house on fire with the pair laughing together.

Standing in what looks like some very fierce winds, the BBC Breakfast presenter looked in good spirits as she wrapped her arms around herself.

Elsewhere, Danny looked slightly unimpressed with the cold as he wrapped up in a big coat.

This year’s series, which is due to start airing on Sunday, is set to be ‘tougher than ever’ with the celebrity cast, which also includes the likes of Richard Madeley, Dame Arlene Phillips, and popstar Frankie Bridge, facing brutal trials.

The stars will face the prospect of having to spend the first few days in The Clink, as the upcoming show will initially split the camp in half.

They’ll first battle it out in a challenge called Turrets of Terror, which will decide who will stay in the main camp.

The defeated contestants will find themselves in the dreaded and undesirable jail, where they will sleep on a hard floor and shower in the dark.

‘Life will be made much tougher for the celebrities who end up in The Clink,’ creative director Tom Gould said.

‘This is the biggest change for us and it will change the dynamic at the start of the series.’

Executive director Olly Nash revealed there are 24 trials this year, and confessed this year’s show will see more celebrities taking part than ever before.

‘They’re in for longer, the trials are bigger,’ he teased. ‘The trials were quite limited last year but this year they’re much closer to the Australian series in terms of their scale.

‘It’s just the learnings of having one series here and what’s possible.’

Ant and Dec will be back to guide celebrities through the highs and lows of the castle experience when they return to present the 21st series of the show.

I’m A Celebrity… Get Me Out Of Here! starts on Sunday November 21 at 9pm on ITV and ITV Hub.