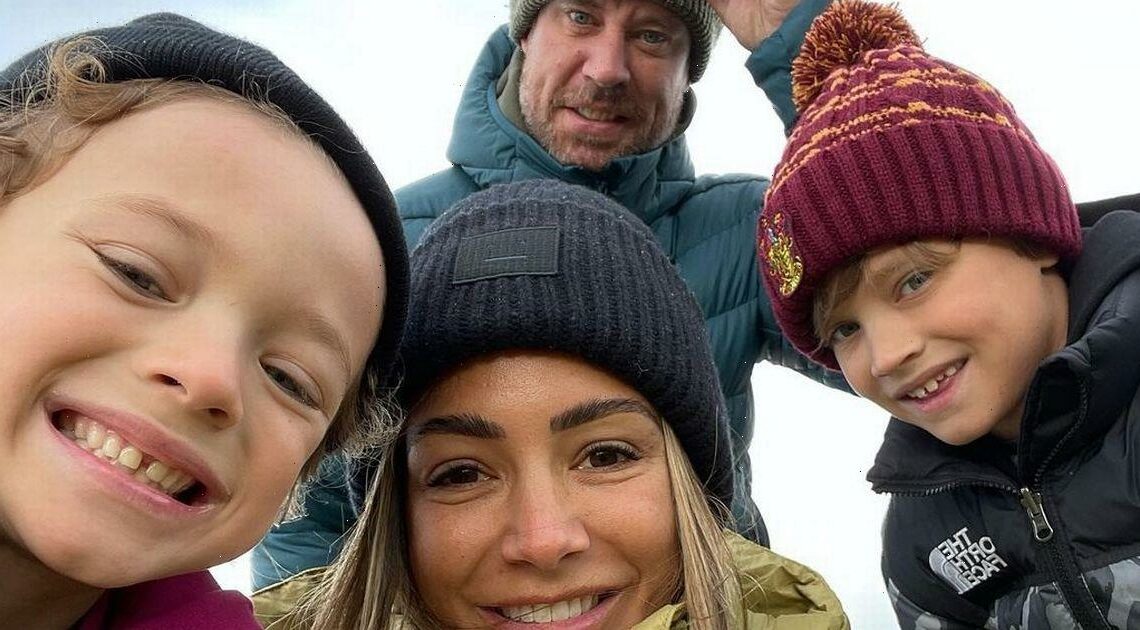 Frankie Bridge has revealed to her I'm A Celebrity campmates that her whole family sleep in the same bed every night.

There might not be enough room in the beds of Grwych Castle for a sleepover. But, Frankie joked that if she had her way the celebs on the red team will be tucked up together in camp.

Frankie admitted sleeping alone will be strange for her after the Loose Women star beat Richard Madeley in the Turrets of Terror trial and the celebrities were divided into a red team and yellow team.

The red team won a stay in the more "luxurious" part of the Welsh castle, with the yellow team ordered to sleep in the castle's jail – the dreaded Clink.

For all the latest on I'm A Celebrity and the biggest stories in showbiz straight to your inbox, sign up to OK!'s daily newsletter.

The TV personality was not too impressed with her new surroundings. She cried: "Are those the beds? Those are the un-comfiest things I have ever seen. What's it like in the Clink?"

The singer told the Bush Telegraph about her concerns. She said: "The bedroom's interesting, at the minute it feels cold in there which make me a bit nervous and we are all spread out."

The camp had been split into two and there's too much room for a chilly Frankie.

She continued: "At the moment it feels like we are really close already so I all just want to be sleep together. My whole family we sleep together every night so I am going to feel so lonely."

The wife and mum to Parker, eight and Carter, six, is following in husband Wayne Bridge's footsteps, after he entered the 2016 edition of the show. She reportedly told friends she's using I'm A Celebrity as a chance to test herself following his experience in the jungle.

A source revealed: "She loves being a wife and mum but wants to test herself."

They added: “She was in one of the biggest girl bands, but when you’re a mum you forget about yourself."

To get the latest celebrity news and fabulous photoshoots straight to your inbox, sign up to OK!'s daily newsletter.