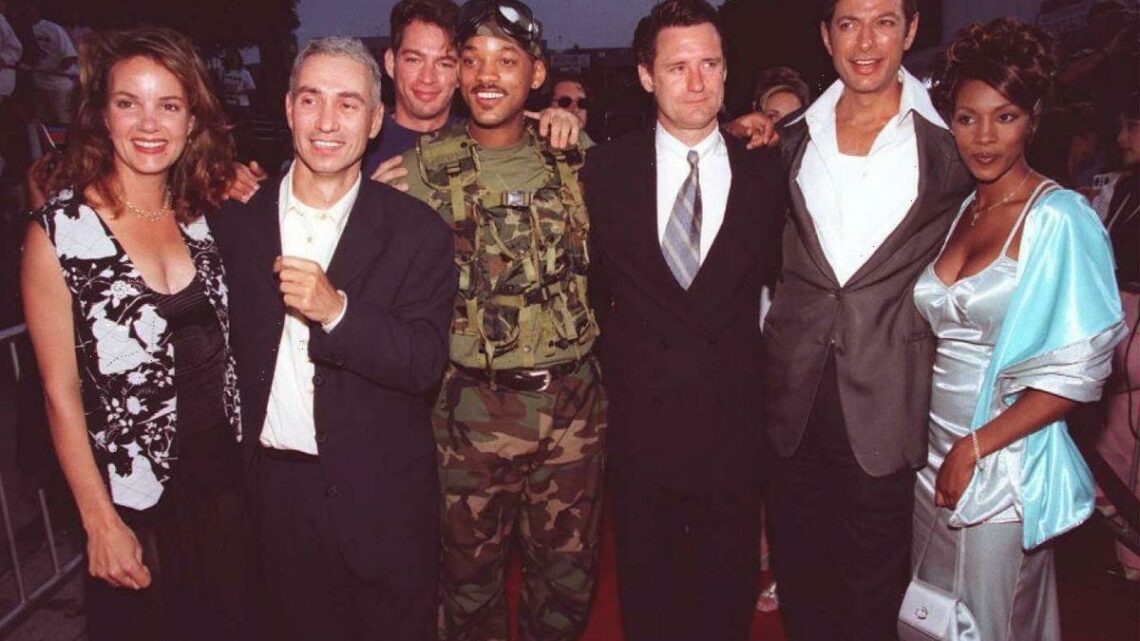 'Independence Day': Will Smith Was Paid Pennies Compared to What He's Paid Now

Fans of alien films adore the 1996 hit, Independence Day. The film has Will Smith in his first leading film role after the success he found with The Fresh Prince of Bel-Air. So, how much was Smith paid to star in the film? And how much is he paid to act in movies today? Here’s what we know, plus additional information on Will Smith’s net worth in 2021.

Before Will Smith’s net worth reached the multimillions, he got a huge break with his role in Independence Day. Smith played Captain Steven Hiller, a pilot with plenty of comedic lines working alongside superstar Jeff Goldblum to help ward off the extraterrestrials. Fans of the movie likely remember a few iconic scenes, like Smith’s character punching an alien in the face.

While everyone remembers Smith’s role, he wasn’t paid nearly as much in 1996 as he’s paid in 2021. Complex reports the star made $5 million.

This was an improvement from what Smith made from Bad Boys in 1995. He made $2 million from Michael Bay’s hit film. After Independence Day, Smith made another $5 million for his iconic role in Men in Black. Finally, he started making a lot more money in 1998. His role in Enemy of the State earned him a cool $14 million. By 2001, Smith started to make around $20 million per film.

What is Will Smith’s net worth in 2021? How much is he paid for movies today?

It took time for Smith to reach superstardom even with hits like Independence Day — but today, he’s certainly bringing in the big bucks. So, what is Will Smith’s net worth in 2021? According to Celebrity Net Worth, he has an estimated worth of $350 million.

Fans can’t forget about Smith’s music career, too. Not only is he a successful film star, but his music has also brought in millions and earned him two Grammy awards for Best Rap Solo Performance. He created hits like “Men in Black” and “Gettin’ Jiggy Wit It.”

Jada Pinkett Smith also has quite the fortune — though Will Smith’s net worth is still higher. She boasts an impressive net worth of $50 million thanks to her acting career and personal endeavors, like Red Table Talk. The Smiths married in 1997 and later had two kids together, Jaden and Willow Smith.

Why did Will Smith turn down ‘Independence Day’ 2? Money might’ve factored in

Fans loved Smith in Independence Day, and they hoped he would rejoin the cast for the 2016 sequel to the first film. But Smith turned down Independence Day: Resurgence. According to director Roland Emmerich, Smith wanted to star in Suicide Squad instead of the sequel. “I just wanted to make a movie exactly like the first, but then in the middle of production Will opted out because he wanted to do Suicide Squad,” Emmerich explained.

Either way, we’re sure Will Smith’s net worth will continue to rise as he takes on even more incredible roles over the years.