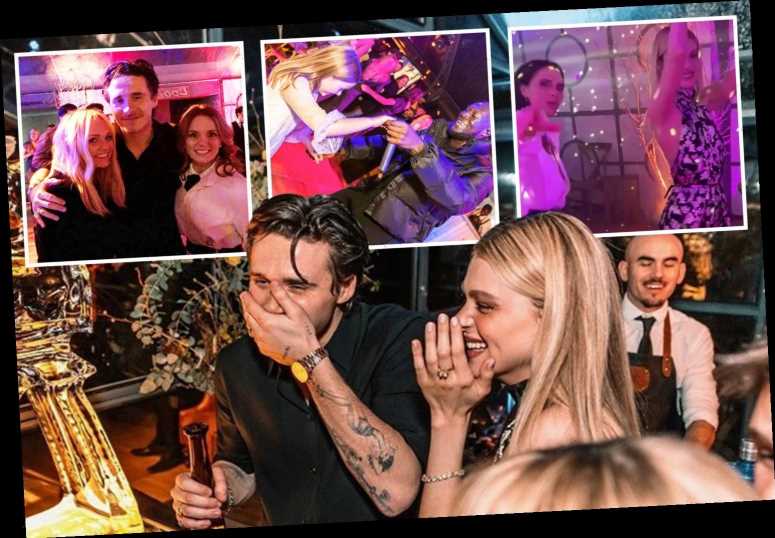 BROOKLYN Beckham celebrated his 21st birthday in style at the weekend, with Posh and Becks splashing out £100,000 on a party for their oldest child's big day.

At the star-studded bash, rapper Stormzy performed for the crowd before dancing sweetly with Brooklyn's eight-year-old sister Harper. 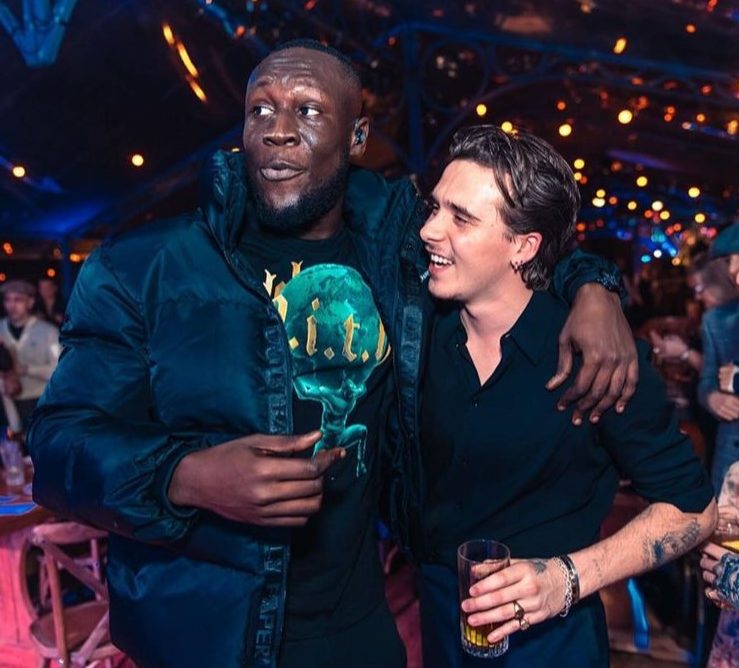 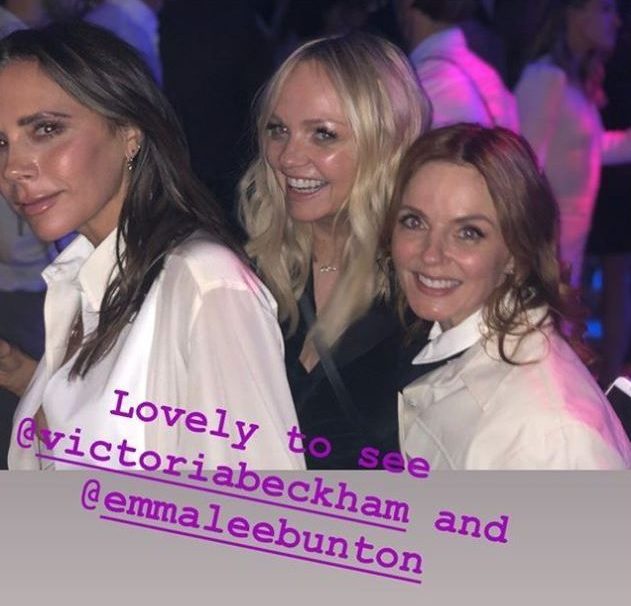 Victoria also reunited with her former Spice Girls bandmates, Geri Horner and Emma Bunton, who gushed about how much the birthday boy has grown over the years.

Geri posted a snap of Brooklyn with her and Emma, teamed with a picture of him as a little boy. 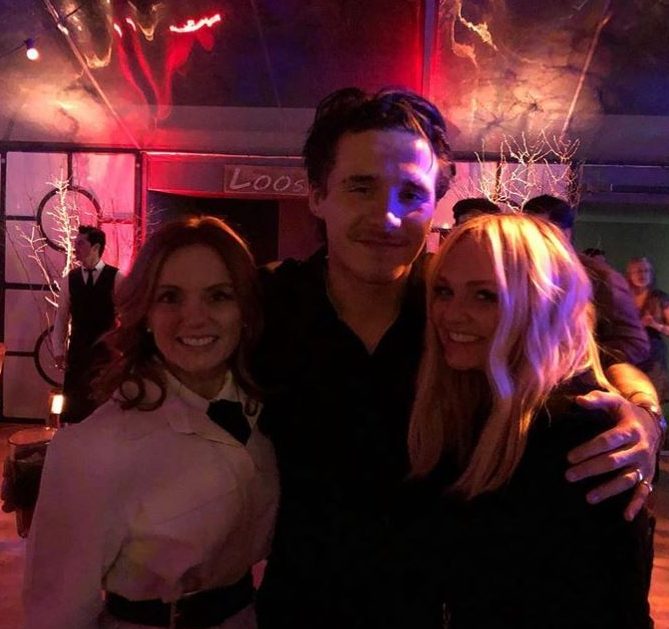 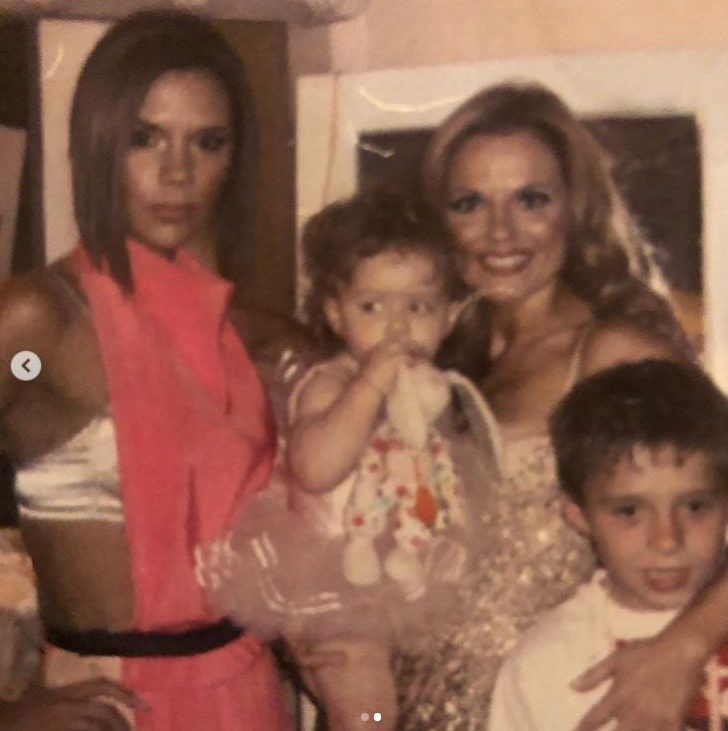 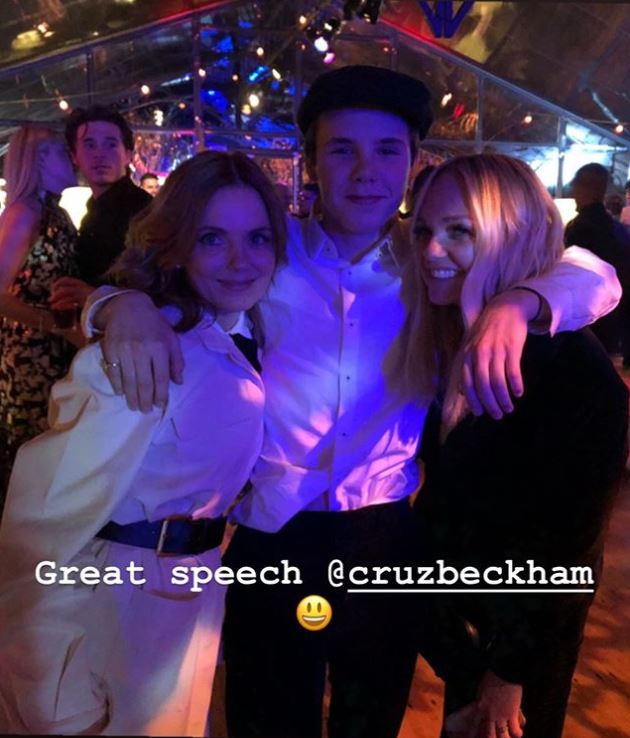 She also praised Brooklyn's younger brother Cruz for giving a "great speech", and shared a grab of what appeared to be David's speech with the caption: "Proud daddy."

Victoria appeared to enjoy the event even more than her son, with the fashion designer pictured enjoying a sweet embrace with husband David – who even cheekily grabbed her bottom in one snap.

She revealed that revellers had been partying until 6am, showing off her attention-grabbing PVC trousers in a post to her Instagram story.

Brooklyn's girlfriend Nicola Peltz, 25, also shared a video of herself dancing with Victoria – who was busting her best Spice Girls moves to Gloria Gaynor's I Will Survive, gushing in the caption: "Learning from the queen herself" alongside a heart emoji. 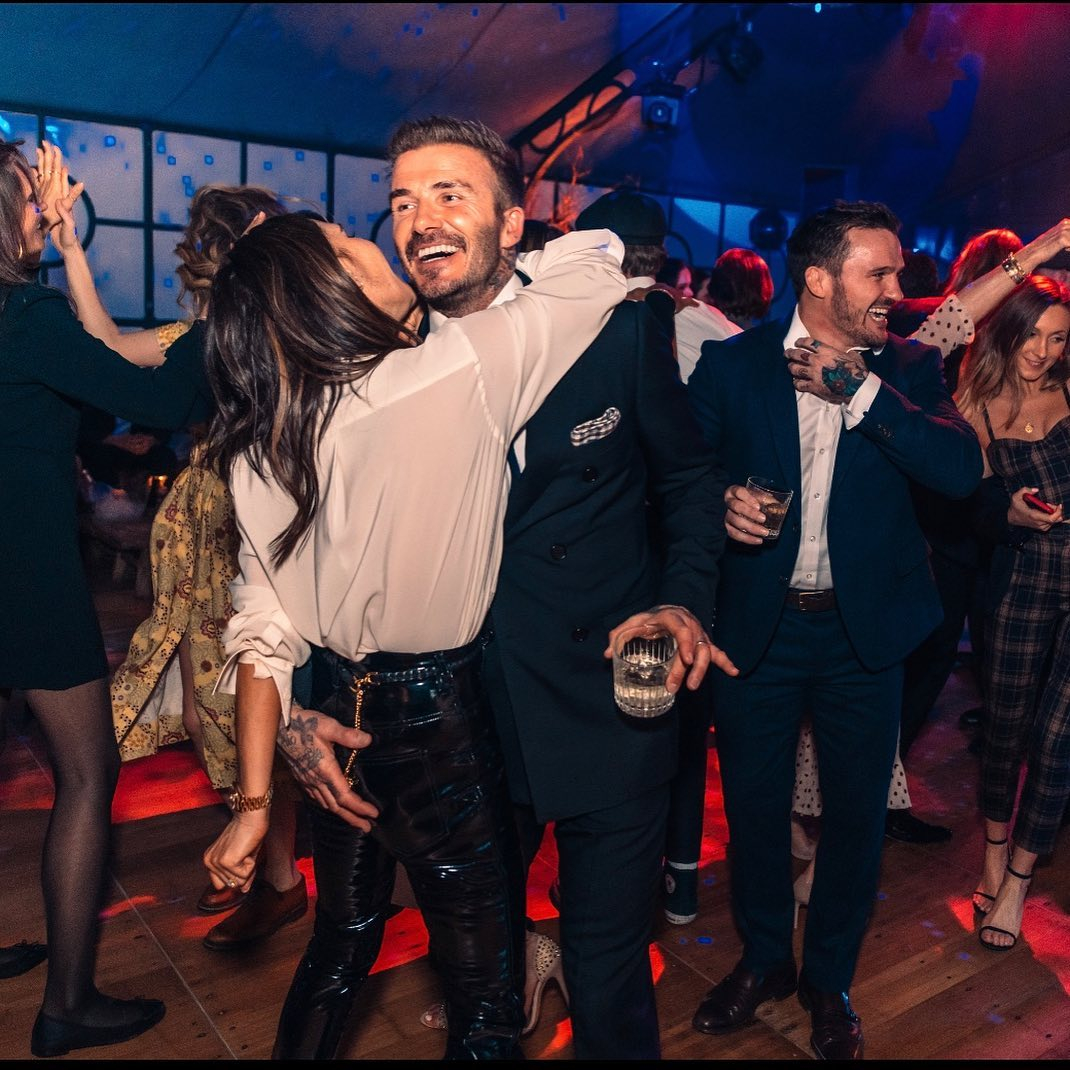 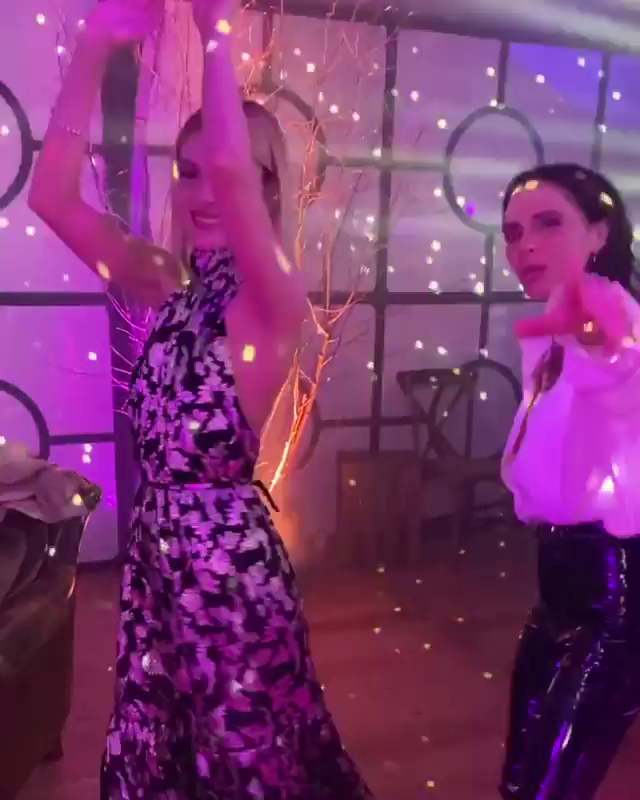 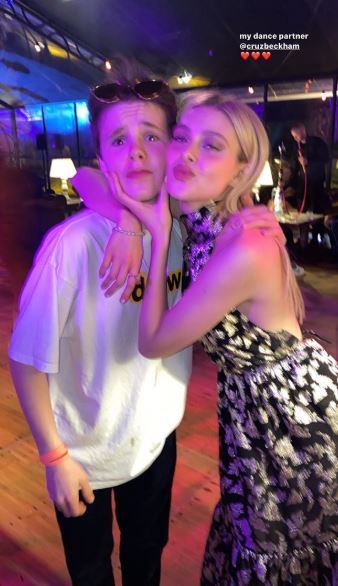 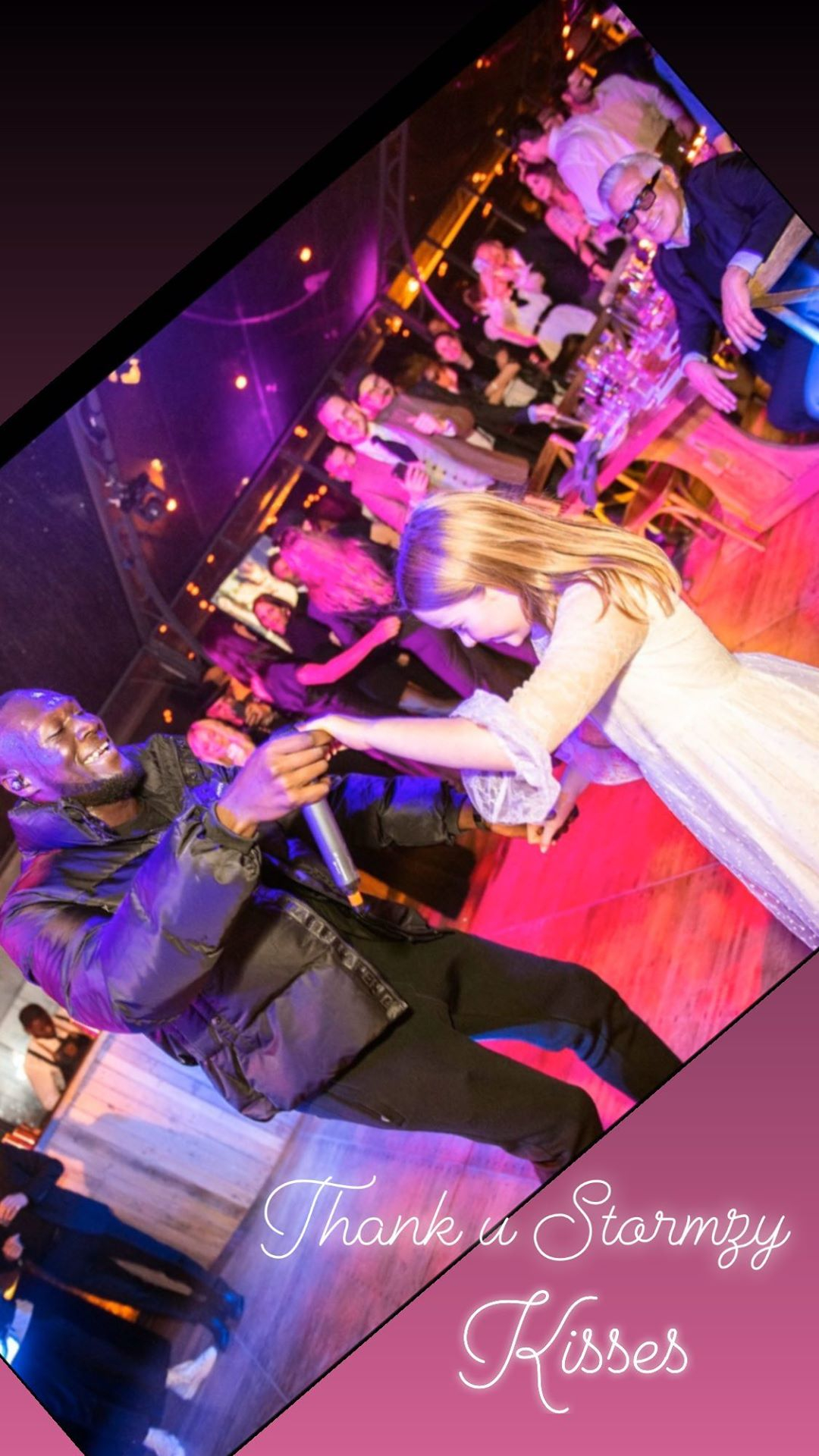 Nicola was also filmed dancing with her boyfriend, with Brooklyn's 15-year-old brother Cruz catching the moment Nicola draped her leg around Brooklyn – causing him to gasp as he almost spilt his drink.

She referred to Cruz as her "dance partner" with one sweet photo that showed how she'd been welcomed into the family by the Beckham clan.

However, it was Harper who proved to be the queen of the dancefloor, with proud mum Victoria sharing a video of the little girl with Stormzy, adding the caption: "Harper Seven and Stormzy take over the dance floor".

She added: "Thank you Stormzy", and also shared an action shot of Harper beaming as she jumped up and down with a friend. 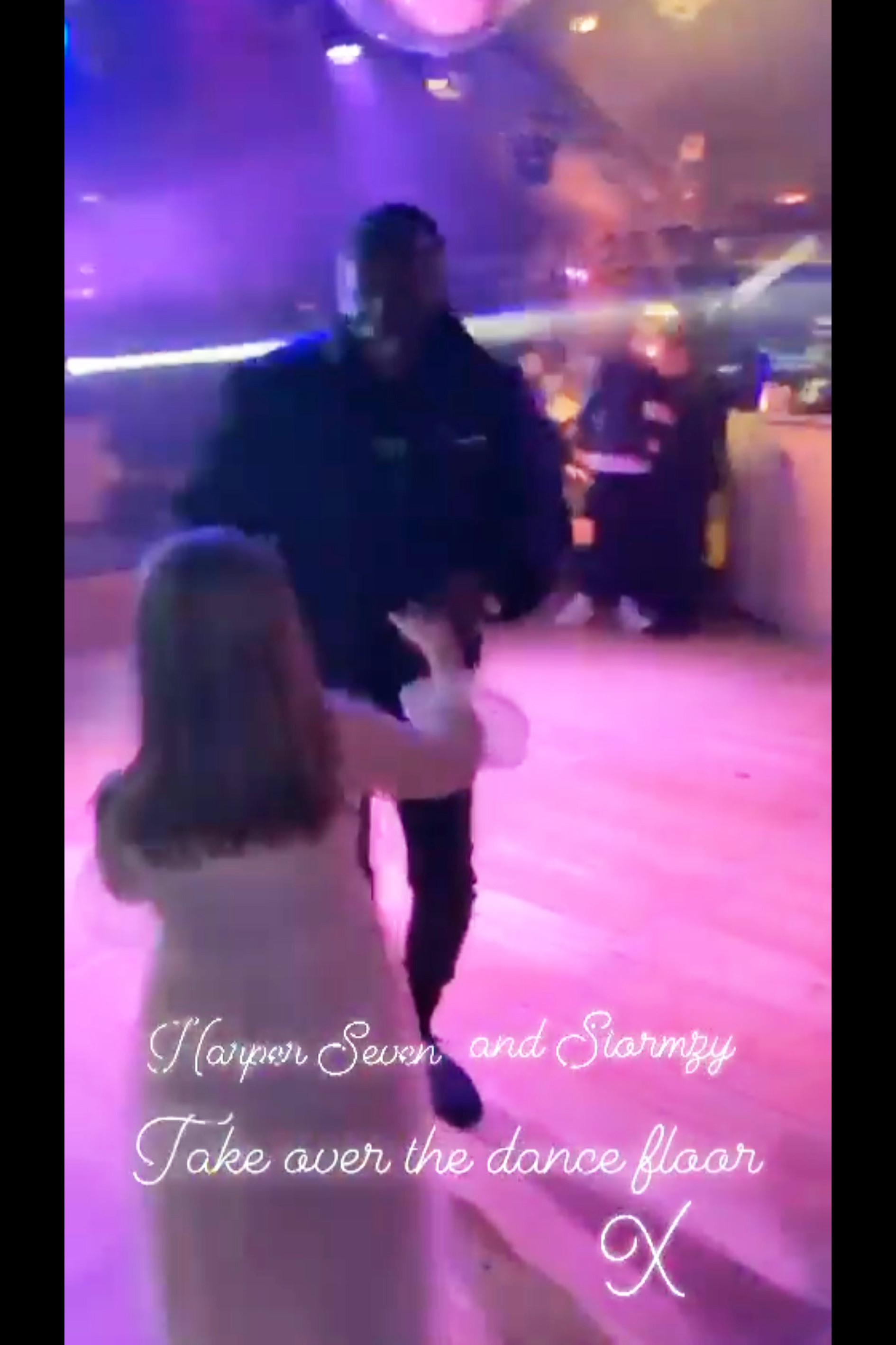 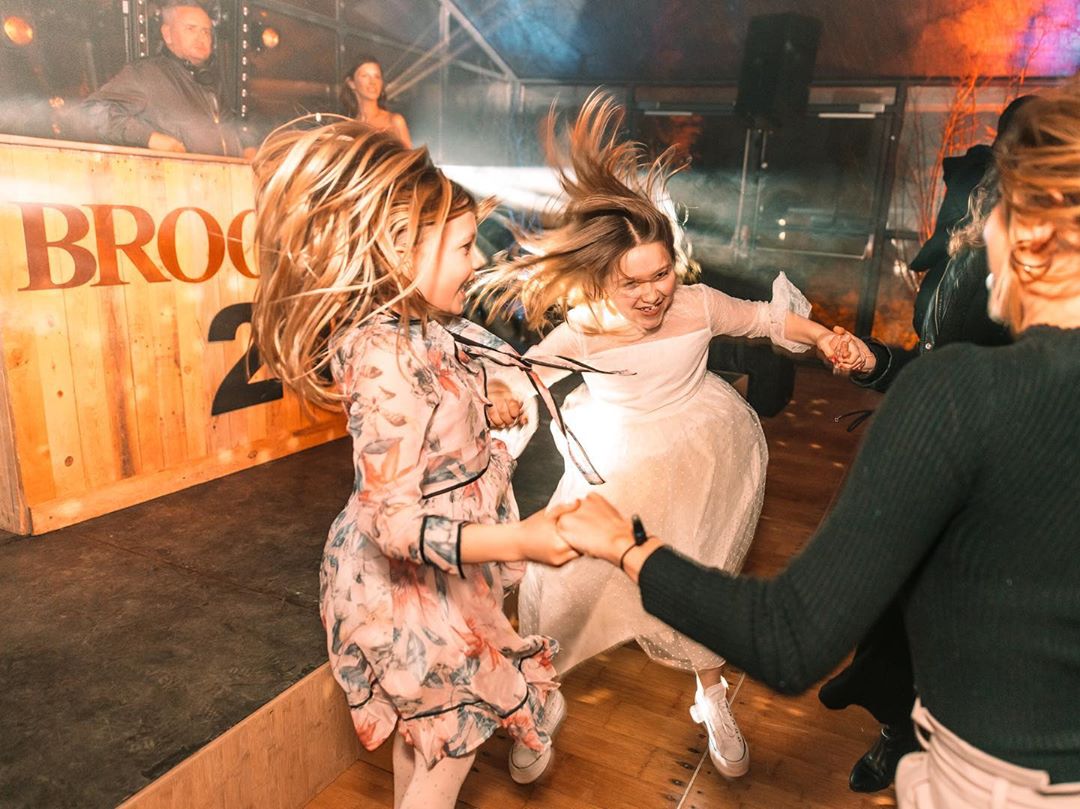 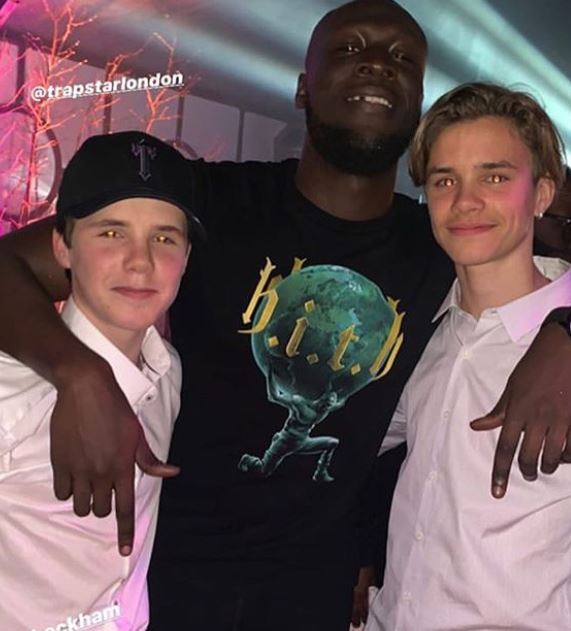 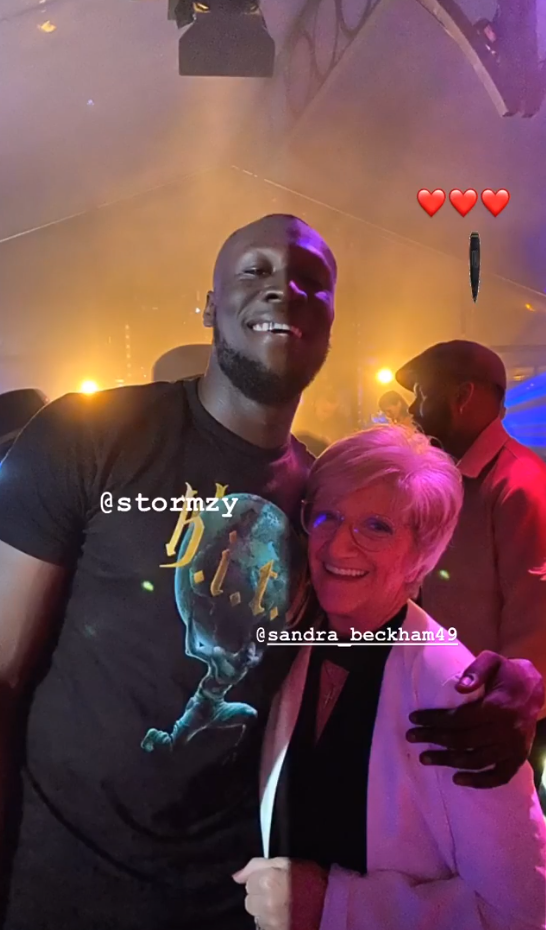 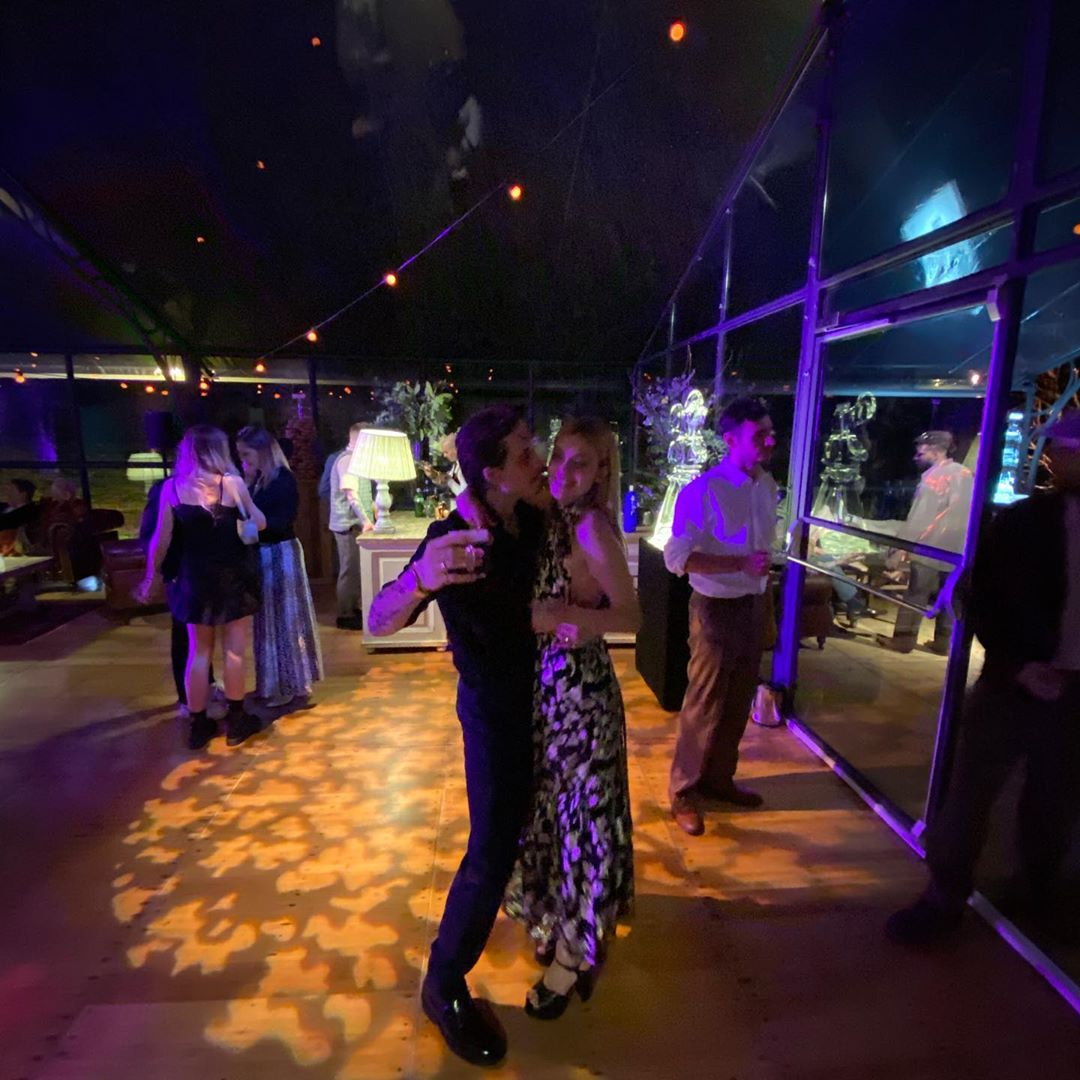 Cruz shared a picture of his grandma – David's mum Sandra – beaming as the rapper pulled her in for a cuddle.

The sports star also shared details from the bash, including a glittering disco ball and a childhood photo of Brooklyn flexing his muscles. 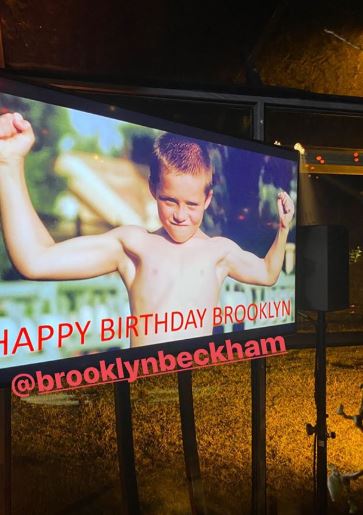 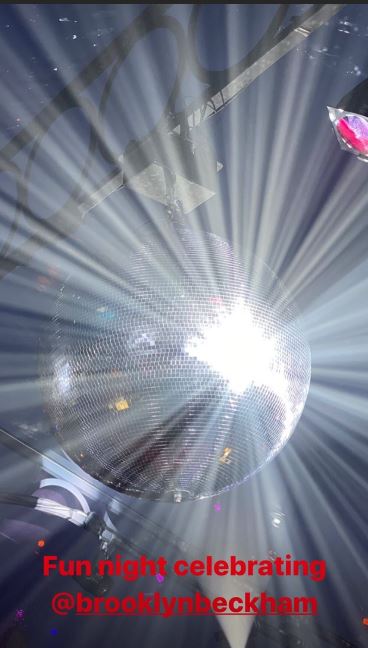 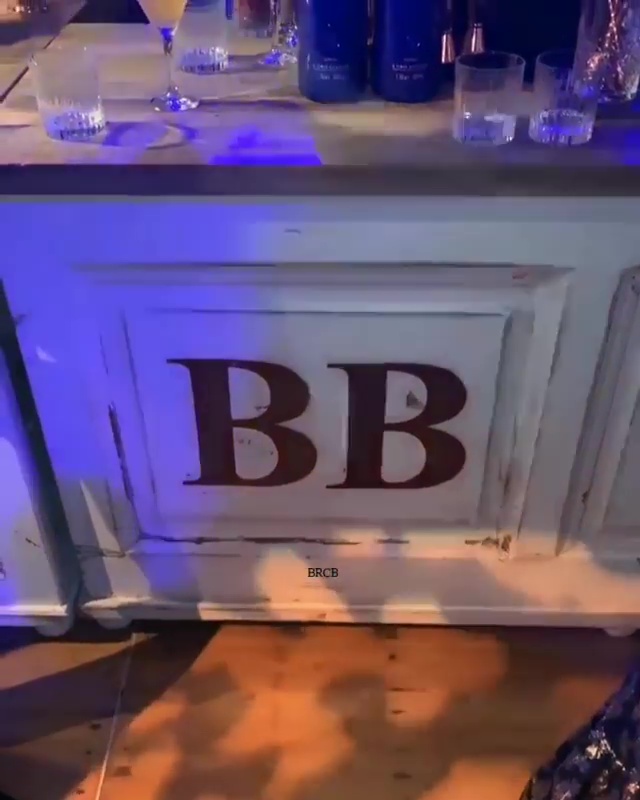 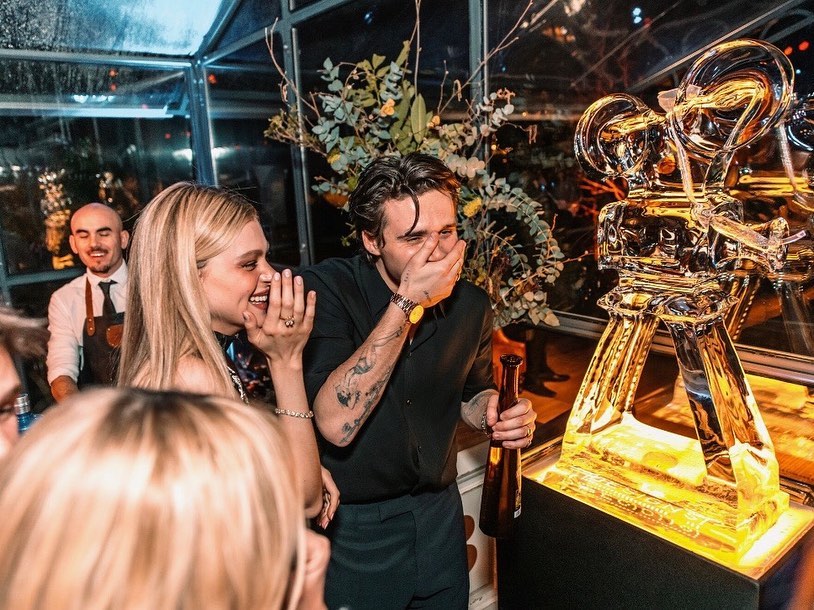 He also revealed some of the food on offer, which included salmon and a hog roast.

Brooklyn was treated to an ice sculpture in the shape of a camera, honouring his love of photography, and a doughnut tower in lieu of a birthday cake.

A source previously told The Sun Online that the extravagant event cost David and Victoria £100k, sharing: "A lot of thought and effort has gone into Brooklyn’s big day, and he is really excited. 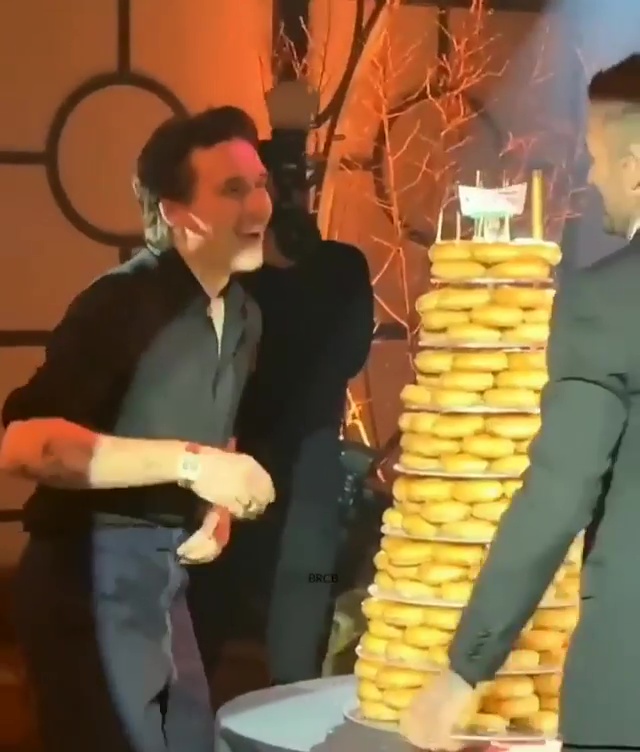 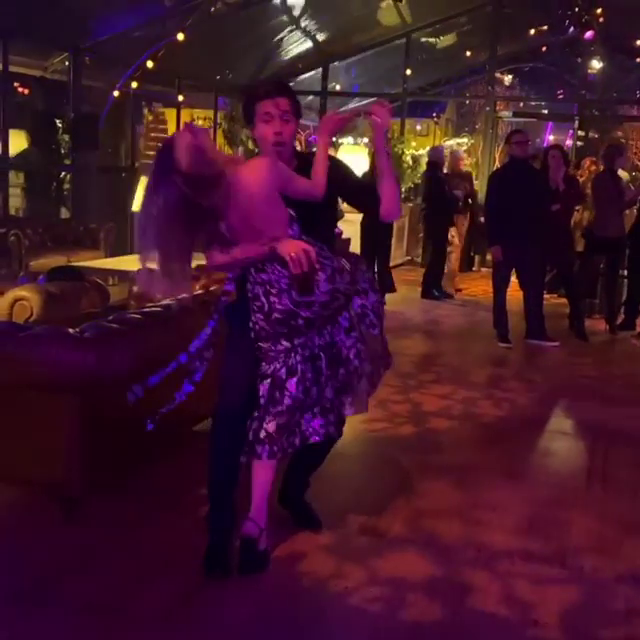 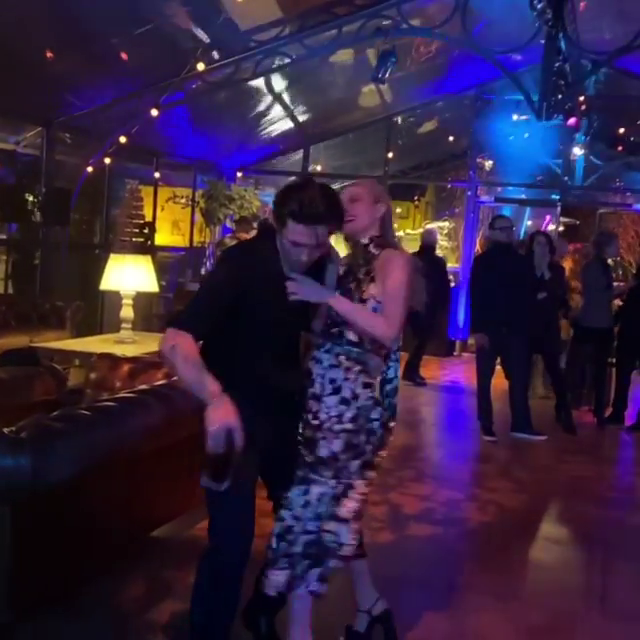 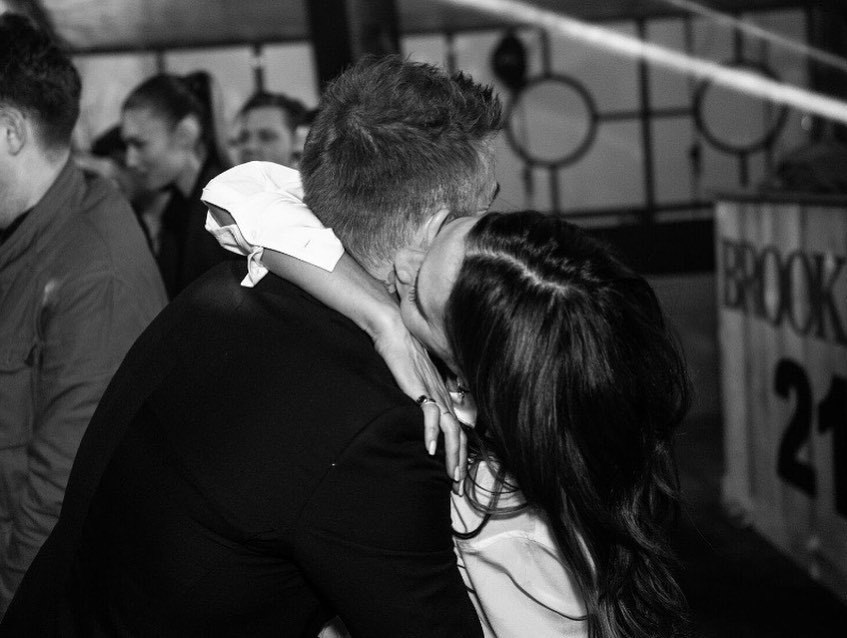 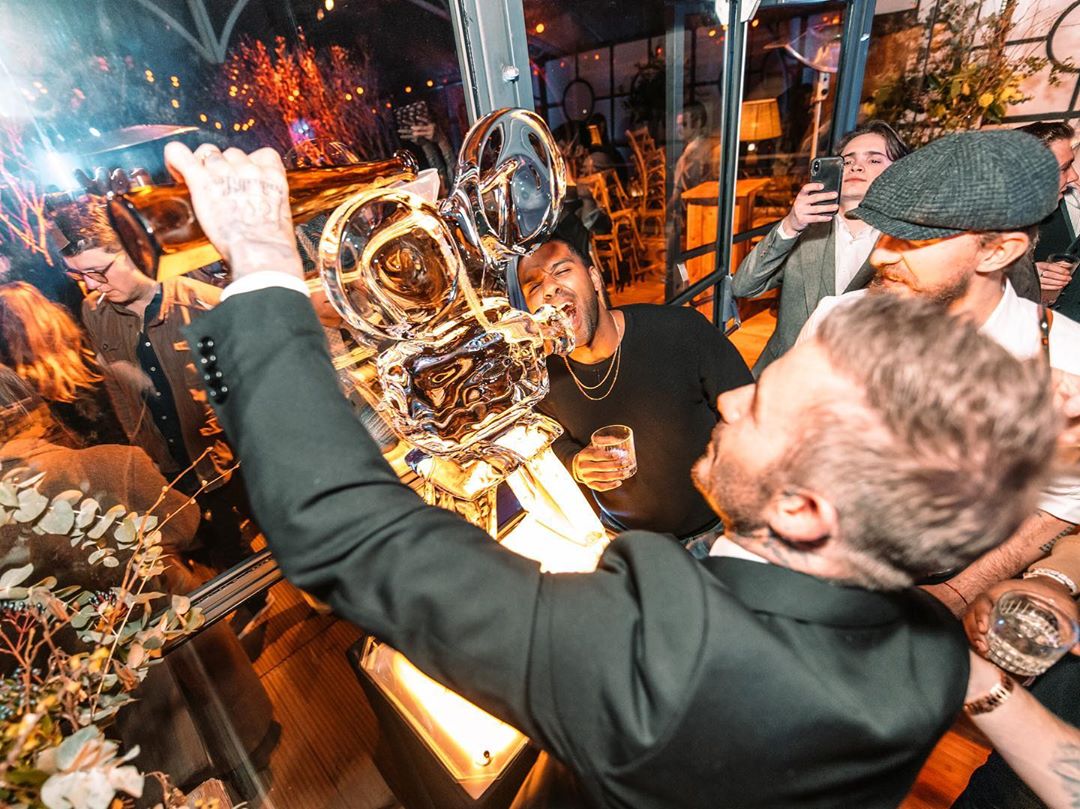 "It’ll be wall to wall celebrities, and a lot more extravagant than the hiring out of the local town hall."

It took place at the family's £6million Cotswolds mansion – and Brooklyn was keen to express his gratitude to his mum and dad for the lavish celebration.

Sharing a selection of photos from the party, he wrote: "Thank you mum and dad for throwing such an amazing party last night x to all my friends thank you for being part of a night I will never forget".