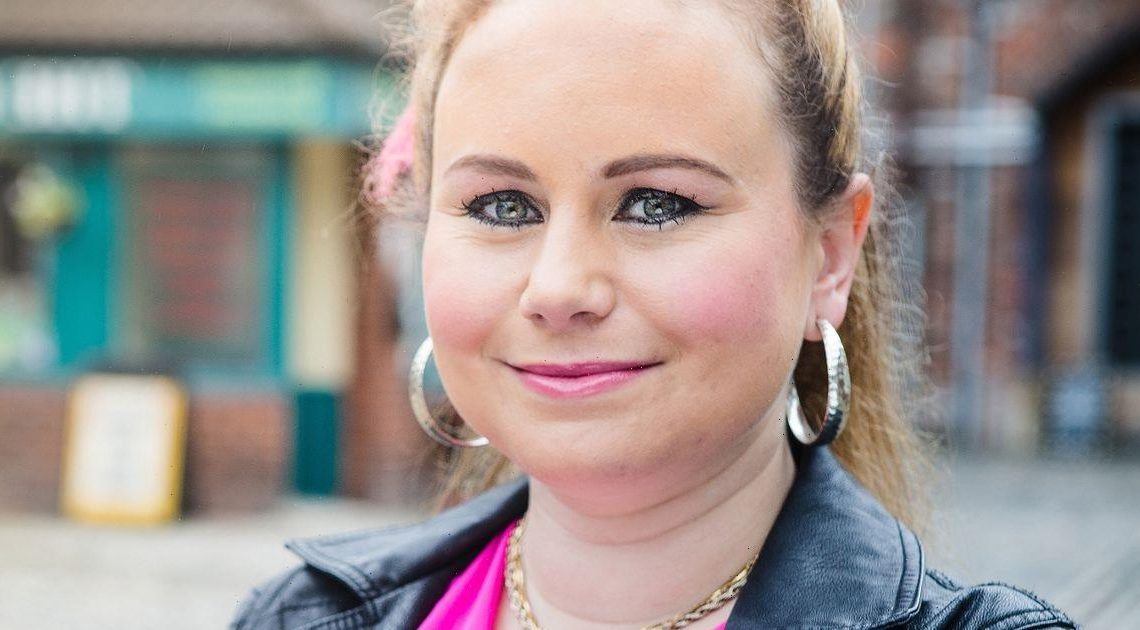 Coronation Street's Gemma Winter was meant to be a temporary character on the soap, but Dolly-Rose Campbell managed to convince the casting directors otherwise.

The soap star has been a permanent fixture on the cobbles since 2016, having impressed producers two years previously when playing Kylie Platt's best friend.

Gemma's life in Weatherfield has been action-packed, with a criminal record buried in her past and four rambunctious quadruplets to raise.

Actress Dolly-Rose, however, leads a far quieter life off-camera, preferring to stay out of the spotlight once filming wraps.

Today, the actress turns 34, and to mark her birthday, Daily Star has done a deep dive into everything you need to know about Dolly-Rose's spectacular rise to fame and life off-camera.

Gemma's love life has been at the centre of some of Corrie's most explosive storylines in recent years – from her one night stand with Tyrone Dobbs to her fling with faux-millionaire Henry Newton.

Contrary to her outspoken on-screen persona, Dolly-Rose prefers to keep her relationships private.

However, the actress has long been an ambassador for Manchester Pride, crediting the festival with helping her to come out as bisexual.

Speaking to Metro in June of last year, Dolly-Rose said: "I have always been supported by my friends and family – for people who are struggling, I would always say people who mind don't matter, people who matter don't mind."

When asked how she celebrates Pride each year, she went on: "I'm an ambassador for Manchester Pride so usually I am out celebrating and raising awareness with the charity.

"It's a time for friends and family and to enjoy the part and culture of all aspects of LGBTQ+ cutlure which we all enjoy."

Back in 2010, Dolly-Rose landed her first televised role on the medical soap opera Doctors, playing the one-off character of Sasha Dyson.

She didn't get her big break in Corrie for another four years, when she made it through the audition process to play ex-convict Gemma.

Before her acting career took off, Dolly- Rose worked as a bartender – a skill which later came in handy when pulling pints in the Rover's Return.

The Salford-born star also worked in radio and had taken a tour of the Coronation Street set days before she was offered a job on the soap opera.

The actress told iN10: "I have always been a massive fan of Coronation Street.

"I'd had an audition before the tour and I wasn't expecting anything, but then just a couple of days later I got the call saying I had got the part."

Gemma's wardrobe is distinctive on Corrie – the hard-working mum can often be seen with her hair pulled back in a bun, with hoops looped through her ears.

By way of makeup, Gemma is styled with bright pink lipstick and fake tan, while the costume department regularly dresses her in trackies.

Off-camera, Dolly-Rose's personal sense of style is radically different, with the actress looking utterly transformed on the red carpet.

Appearing at the Diva Awards at London's Waldorf Hilton Hotel in 2019, the actress worked an elegant black tuxedo, her curls blonde hair swept to one side.

That same year, appearing at the National Television Awards, Dolly-Rose walked the red carpet in a satin two-piece suit.

Her lips were painted with red lipstick, and she worked a delicately embroidered bustier beneath the tailored co-ord.

While acting is one of the loves of her life, Dolly-Rose spends the rest of her time engaging in a number of creative hobbies.

The soap star is a keen knitter and frequently whips out her knitting needles during her downtime on the set.

Making time to relax at home, Dolly-Rose previously compared herself to the high-energy Gemma Winter, saying: "We have a very different dress sense and I like to spend time chilling out with my dog!"

Thanks to her earnings as a permanent cast member on Corrie, Dolly-Rose has bought her own property – something she refuses to take for granted after years of hard graft.

Previously speaking to The Sunday Post, Dolly-Rose admitted she previously never believed she'd be in a position to buy her own home.

Behind the scenes on Corrie

As Dolly-Rose had limited acting experience when she joined the esteemed cast of Corrie, her co-stars were quick to share some helpful coaching tips.

Actress Barbara Knox, who has played the legendary Rita Tanner for the past five decades, helped nurture Dolly-Rose's talent before the camera.

Dolly-Rose told The Sunday Post in 2017: "When I joined I knew hardly anything about acting on camera. So, it's been great to work with someone like Barbara Knox who has been doing it for ages.

"I watch and learn and I know I'm so lucky to have that.

"Barbara is always on hand with advice and with the storyline she's someone to look up to and learn from.

"I really couldn't have asked for anyone better."

And, the actress' raw talent hasn't gone unnoticed – Dolly-Rose has scooped up the dongs for The British Soap Awards' Best Comedy Performance and Inside Soap Awards' Funniest Female since joining the soap.