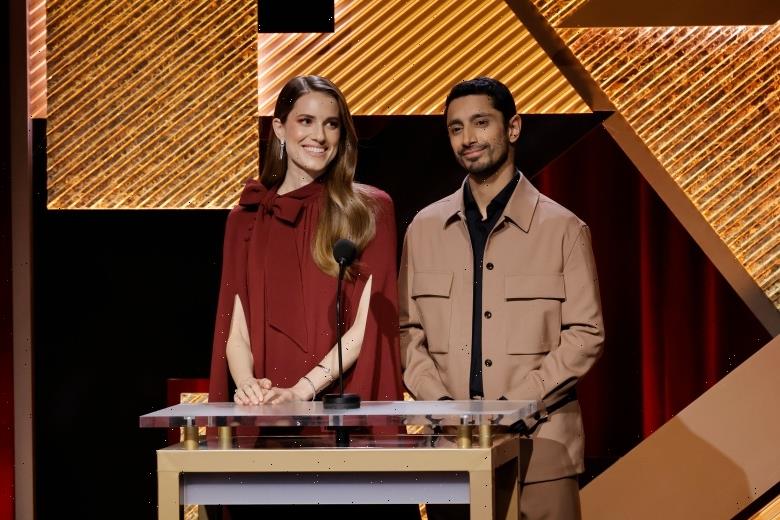 The Academy of Motion Picture Arts and Sciences returned to an in-person format to announce this year’s Oscar nominees, with press and publicists gathering at the Samuel Goldwyn Theater in Los Angeles before the crack of dawn to watch the first phase of award season come to a close. The audience was jovial when Riz Ahmed and Allison Williams took the stage to announce the nominees, with everyone seeming eager to be back in the room celebrating the year’s best films.

If the crowd’s response was indicative of how the Oscar voting played out (it’s not), an “Everything Everywhere All at Once” sweep is already a lock. The applause for each of the film’s 11 nominations was noticeably louder than the response to any of its competitors, with Stephanie Hsu and Jamie Lee Curtis’ back-to-back Supporting Actress nods whipping the room into something of a frenzy. By the time the nominees for Best Actress were announced, the response to Michelle Yeoh’s nod was as inevitable as it was joyous.

But the unpredictable nature of award season ensures even the most well-connected insiders can be fooled. Jaws dropped in the room when Andrea Riseborough picked up her unexpected Best Actress nod for “To Leslie,” and the initial gasps quickly turned to snaps and laughter as the crowd acknowledged that her long-shot Oscar campaign was a success. The highly strategic, political nature of awards campaigning is an unsavory truth that many cinephiles try to shield their eyes from, but sometimes game just has to recognize game.

The announcement was not without its moments of levity, as Williams and Ahmed both struggled to contain their giggles when they had to announce the titles “My Year of Dicks” and “An Ostrich Told Me the World Is Fake and I Think I Believe It” in the Best Animated Short category. Ahmed and Williams were true professionals and did their best to keep the broadcast family-friendly, but let out a laugh as soon as the cameras stopped rolling. Williams feigned relief and quipped to the audience, “We’re not fired yet!”

The end of the nominations can almost be an anti-climactic moment, with months of buzz and a final sleepless night essentially building up to three minutes of announcements. Once the final Best Picture nominee was announced, nobody quite knew what to do with themselves — including the celebrity presenters.

Once the cameras cut for the final time, Williams and Ahmed blew kisses at the audience before Williams turned to the Academy executives in the front row and asked, “Do we just leave?”

Winners will be announced at the 95th Academy Awards on Sunday, March 12, at the Dolby Theatre in Los Angeles. Jimmy Kimmel is set to return as the host for the third time, with the telecast streaming on ABC.com, Hulu Live TV, and YouTubeTV in addition to broadcast. Check out the full list of this morning’s nominations right here.