Home » TV and Movies » Into The Night season 3 Netflix release date: Will there be another series? 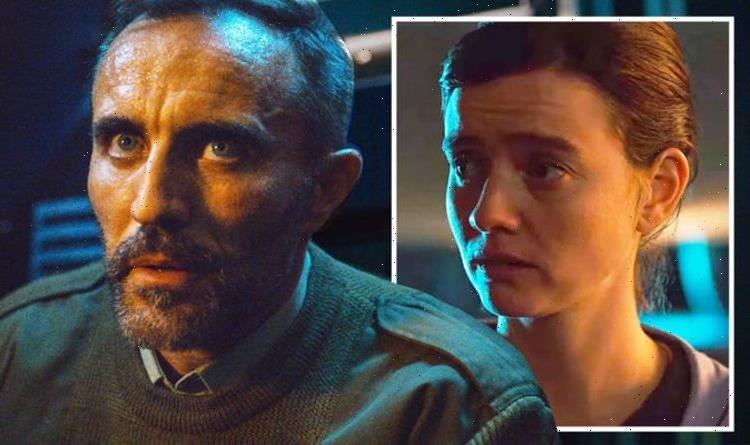 Into The Night season 3 Netflix release date: Will there be another series?

Into The Night is a story based on survival and betrayal, focussing on a group of people who manage to survive a global apocalyptic event when their plane is hijacked. The Netflix drama is the first original series to come from Belgium and it’s based on The Old Axolotl book by Polish novelist, Jacek Dukaj. However, with a second season returning to the streaming platform and viewers going wild for new episodes on Twitter, will fans be gearing up for a third season in the not so distant future?

What happened in Into The Night season one?

Although it was a scary situation for those on board the plane because they were inside the aircraft, they managed to survive the apocalyptic event.

Anyone who was exposed to sunlight during the daylight hours was killed in the catastrophe but it wasn’t a one-off event as the characters of the show discover they have to fight against the clock to stay alive.

They had to ensure the sun stayed behind them at all times in season one and they faced a whole set of challenges as they adjusted to the new way of life.

It gained critical acclaim from viewers and therefore, a second series was commissioned by Netflix following its success.

When is Into The Night season three being released?

At the moment, Netflix have not announced any future plans to explore the story of Into The Night beyond season two.

However, season two was not announced by the International streaming platform until two months after it was made available to watch.

With all episodes dropping at one rather than weekly, fans could be waiting until November to discover the fate of the hit sci-fi drama.

This would allow bosses to take into account the viewing figures and see if a third season would be worth the time writing, filming and editing.

If a third season were to be given the green light, it’s likely the episodes would follow the same format as their predecessors.

This means there could be a total of up to six episodes included in the third chapter at around 35-40 minutes long.

The instalments for season two have been filmed in the midst of the coronavirus pandemic, with rules and regulations followed.

There has been no significant delay between season one and season two so season three could air in the autumn of 2023 or in the winter.

What could happen in Into The Night season three?

Showrunner Jason George has spoken about the potential future storylines viewers could be seeing if the show continues.

The boss explained how fans could get an understanding of why the global apocalyptic event happened and why it caused such devastation.

He said: “We’ll hopefully find out soon if we’re gonna get to continue this story. The thing that was really important for me in the first season was to really meet these characters, introduce this world, introduce that macro problem.

“But because we were only six episodes, to really live in that too much felt like – frankly, every time I tried it, I felt like I was getting bogged down.”

“So the model I really wanted to use was that Jaws model, you know, famously where they had problems with the shark so they couldn’t use it as much,” the showrunner continued.

“But the idea of the shark being out there was something that was a motivating factor. So I really leaned into that a lot.”

Discussing whether the events of the show could happen in the real world, Jason added: “One thing you should totally check out after we talk because someone just sent it to me on Twitter, I guess there’s a Sky News story today about the magnetic field of the earth changing because of polarity.

“It’s weakening and they don’t know why. It’s just a news story today and several folks have tagged the show.

“So we had nothing to do with that! Everything obviously is based in a possible truth, but clearly – hopefully – I hope far from what will happen,” he told Collider.