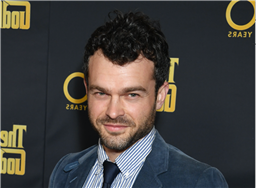 EXCLUSIVE: Solo star Alden Ehrenreich is set for a key role in Marvel’s Ironheart series for Disney+. Ironheart will star Dominique Thorne as Marvel character Riri Williams, a genius inventor and  creator of the most advanced suit of armor since Iron Man. Anthony Ramos is also on board as well as

Chinaka Hodge was recently tapped as head writer on the series, first announced as being in development during Disney’s investor-day presentation in December 2020. It is unknown who Ehrenreich will be playing in the series.