Home » TV and Movies » Is BBC’s Vigil based on a true story? Creator on stark reality of submarine life 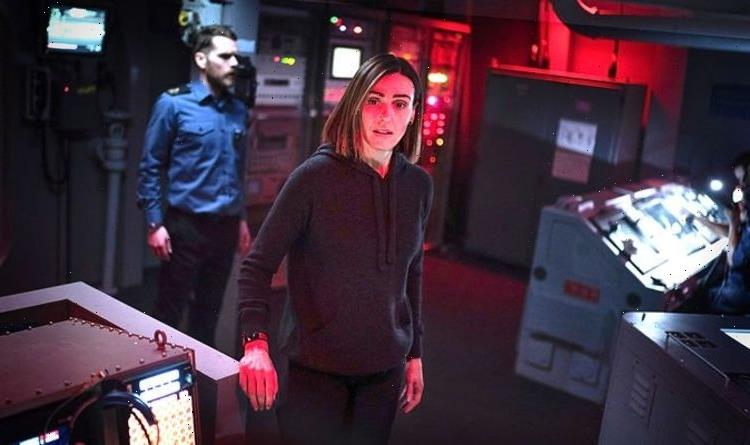 Is BBC’s Vigil based on a true story? Creator on stark reality of submarine life

Vigil will be making its way to BBC One on August 29 and the detective drama series promises to leave viewers on the edge of their seats. The series picks up when a crew member is found dead on board a nuclear submarine called HMS Vigil. Detective Chief Inspector Amy Silva (Suranne Jones) must go on board in order to investigate.

Is the BBC’s Vigil based on a true story?

For viewers who are uncomfortable in confined spaces, this new drama will be the ultimate test.

As the UK’s nuclear deterrent must remain unbroken, the Trident submarine stays on patrol and Detective Chief Inspector Amy Silva must investigate on board.

The death was initially recorded as an accidental overdose, but Amy suspects foul play.

From then on, she continues to face a number of threats from the rest of the crew as they close ranks.

Fans are keen to know whether the series is based on real life.

The short answer is no – although the series is inspired by issues that could happen in real life, it is entirely fictional.

There are some aspects, however, that draw on potential scenarios that may happen in the real world.

Tom Edge, who created the series, said the next decade will see submarine warcraft “dominating” in a way never seen before.

Fans may be interested to hear, however, the peace camp in Vigil is inspired by the real-life Faslane peace camp.

The camp can be found next to Faslane Naval base in Scotland – where the Trident nuclear programme is based.

One of the show’s prominent themes is the psychological impact on those on duty having been underwater for so long.

This is definitely something that is experienced by submariners in the real world.

With the submarine almost acting as a character in itself, fans are also keen to know if the HMS Vigil is a real ship.

Again, the answer is no as Vigil is a fictional Vanguard-class submarine of the Royal Navy.

The submarine in the series is based on a nuclear-powered ballistic missile submarine currently in service with the Royal Navy.

The Trident nuclear programme is a real operational system for four types of Vanguard submarines.

The four vessels are Vanguard, Victorious, Vigilant and Vengeance and they were built between 1986 and 1999.

Creator Edge explained how he was keen to get across just how difficult everyday life can be for those on board these submarines.

He said: “The sacrifices made by these crews are substantial, as are the stresses incurred as their duties are performed.

“Perhaps it’s unsurprising then, that in recent years several scandals have rocked the Navy, from crew members failing drugs tests to on-board affairs between officers and junior ranks.

“Crews work hard to support each other and to limit interpersonal conflict. A successful patrol is one in which nothing unexpected happens.”

He said he deliberately chose a female detective to lead the series as he wanted to represent an outsider disrupting the crew’s dynamic.

The creator added: “Her history makes the claustrophobic environment a tough test for her psychologically.

“Questions that she has grappled with in her civilian life are complex and deep running, sometimes submerged, sometimes becoming visible in a way that makes her feel vulnerable.

“Problems she had communicating with her ex-partner find new form in the one-way signalling between land and submarine; Amy can listen, but can’t talk back. There is no safe place for Amy to retreat to.”

Vigil airs on BBC One on Sunday at 9pm