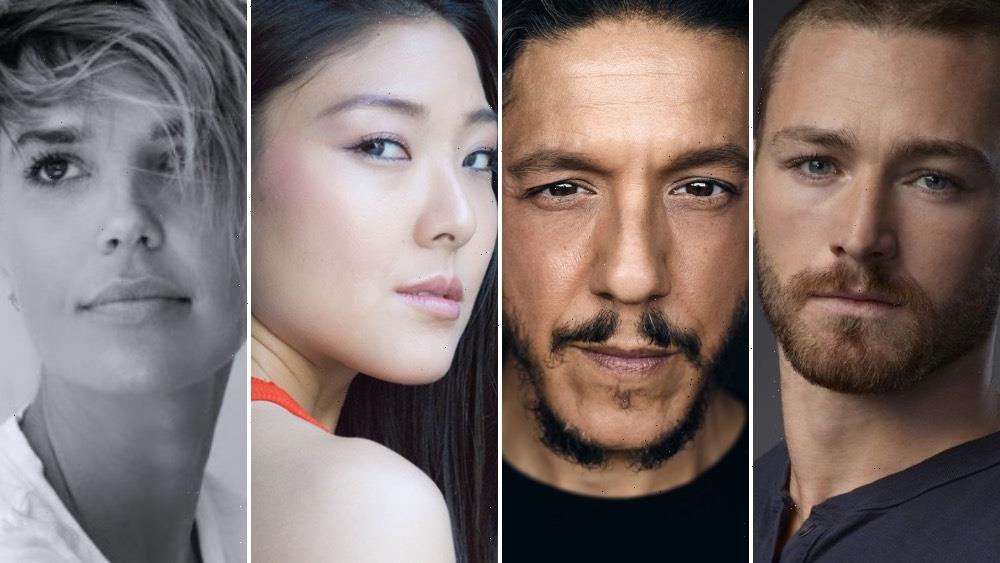 EXCLUSIVE: Jake McLaughlin (Quantico), Theo Rossi (Sons of Anarchy), Miki Ishikawa (The Falcon and the Winter Soldier) and Arielle Kebbel (9-1-1) will lead the cast of the sci-fi thriller Site, which Jason Eric Perlman (Threshold) is directing for the newly-formed shingle Entelekey Media, from his original script.

The film currently in production in North Carolina centers on Neil Bardo (McLaughlin), a commercial real estate inspector and committed family man who accidentally injures his only son. To keep his marriage to Elena (Kebbel) intact while facing crushing medical costs, Neil begs for additional shifts from his mercenary boss, Garrison (Rossi). While inspecting an abandoned government facility, he’s confronted by nightmarish visions that now begin infiltrating his waking life. Desperate for answers, Neil enlists the help of ex-girlfriend turned journalist Naomi (Ishikawa). And together they unravel the mystery of the covert government site and its soul-bending experiments.

“For all its mind-bending ambition, I believe Site is a film uniquely suited to our moment,” said Perlman. “We’ve never experienced a greater awareness of our global interconnectedness, nor our collective crises–and Site really aims to look at the metaphysics of that collision. We couldn’t be more gratified by attracting this caliber of cast!”

McLaughlin starred in the hit drama series Quantico, which aired for three seasons on ABC, and prior to that, in NBC’s Believe. His film work includes Oliver Stone’s Savages, the Warner Independent crime drama In the Valley of Elah, and Gavin O’Connor’s Warrior. He can currently be seen in the Apple TV+ limited series Black Bird with Paul Walter Hauser and Taron Egerton.

Rossi is best known for his turns as the menacing Hernan ‘Shades’ Alvarez in Marvel’s Luke Cage, as hacker and intelligence officer Juan Carlos ‘Juice’ Ortiz in FX’s Sons of Anarchy, and as infection evaluation officer Burt Cummings in Zack Snyder’s zombie heist pic Army of the Dead. He will next be seen starring alongside Aubrey Plaza in the thriller Emily the Criminal, which is slated for release by Roadside Attractions and Vertical Entertainment on August 12, after being snapped up in a bidding war at the 2022 Sundance Film Festival.

Ishikawa recently recurred on Marvel’s The Falcon and the Winter Soldier for Disney+. She was also notably a series regular on AMC’s critically acclaimed drama series The Terror, developed by David Kajganich.

Kebbel recently appeared in a major recurring role on the hit Fox series 9-1-1 and can also be seen in the third and fourth chapter in the After film series: After We Fell (which is currently available for streaming on Netflix) and After Ever for director Castille London. The actress played the lead role of Amelia in NBC’s Lincoln Rhyme: Hunt for the Bone Collector and also previously starred in NBC’s Midnight, Texas, among other series.

Perlman is an award-winning writer-director who made his feature directorial debut with the horror-thriller Threshold, which was released by Archstone in 2019. The film was awarded Best Horror at the Hollywood Reel Independent Film Festival, won laurels for Best Feature Film at FirstGlance Philadelphia, and is now available on all digital platforms. Also coming up for the director is a limited series titled Smogtown, which he’s been tapped to write.

‘Better Call Saul’s’ Rhea Seehorn & Peter Gould: “It’s Nothing But Bananas From Here On Out”