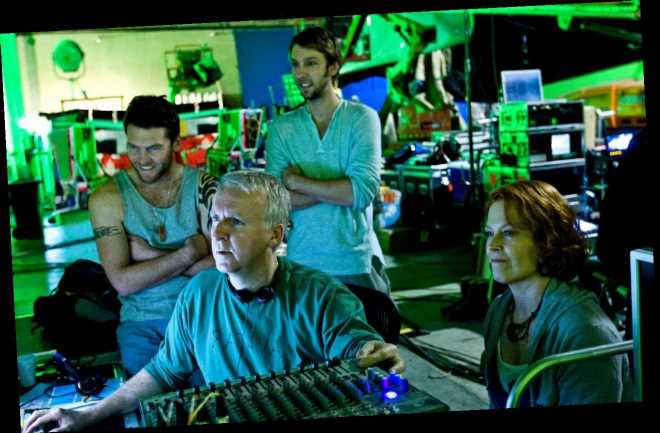 The director explains to the writers that he wants to focus on ‘figuring out what worked on the first film, what connected, and why it worked,’ but they keep pitching new ideas.

AceShowbiz -A rift behind the camera is nothing new in filmmaking and the crew of “Avatar” sequels was also having one of their own. It’s James Cameron himself who revealed that the pre-production of his upcoming potential tentpoles wasn’t as smooth sailing as it seemed.

Sitting down with Marianne Williamson to talk about the challenge of following up the highest-grossing movie in history, the director revealed he almost fired his “Avatar” sequel writers’ room for doing their job, which is pitching new ideas for the upcoming movies.

“When I sat down to write the sequels, I knew there were going to be three at the time and eventually it turned into four,” Cameron shared. From the beginning, the Oscar-winning director laid bare his concept for the sequels, explaining, “I put together a group of writers and said, ‘I don’t want to hear anybody’s new ideas or anyone’s pitches until we have spent some time figuring out what worked on the first film, what connected, and why it worked.”

But the writers apparently still didn’t get it at first, prompting Cameron to threaten that he would let them go, which eventually worked. “They kept wanting to talk about the new stories. I said, ‘We aren’t doing that yet.’ Eventually, I had to threaten to fire them all because they were doing what writers do, which is to try and create new stories,” he acknowledged. “I said, ‘We need to understand what the connection was and protect it, protect that ember and that flame.’ “

Thankfully, the creative difference didn’t cause a delay in the production. “We’re well into production,” producer Jon Landau shared years ago. “We’ve completed our performance capture with Sam [Worthington] and Zoe [Saldana] and Stephen Lang and Cliff Curtis and Sigourney Weaver and a great group of young kids.”

He went on explaining, “We’ve been capturing not just on a stage but in a 500,000-gallon water tank, below the water, above the water. Jim [Cameron] has written into the scripts all of the stuff that people would expect from an Avatar sequel. A story that completes itself, an emotional journey in a world like you’ve never seen.”

Cameron was also optimist that “Avatar 2” is still on track for a December 17, 2021 release despite the coronavirus pandemic. In May 2020, he said that digital effects teams continued to work on the feature from home, while they’re waiting to be given a go to resume production in New Zealand.

Easter 2021 bin collection dates: When will my rubbish be collected?
Recent Posts