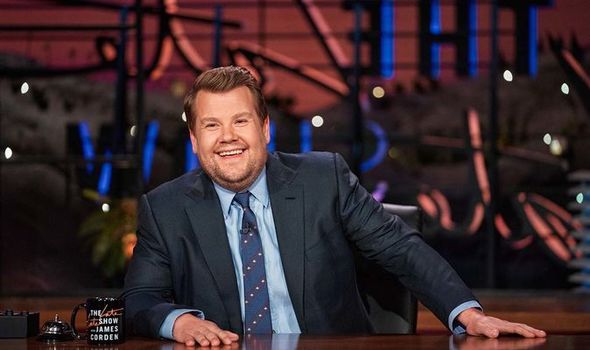 Corden, 43, is in talks to almost double his earnings and take home a whopping £15million in two years, to remain as host of US programme The Late Late Show.

It beats ITV darlings Ant and Dec’s three-year £20million deal that they shared to host the channel’s ratings hits.

Former Gavin and Stacey star Corden is being wooed by US network CBS, who are hoping to secure him until summer 2024.

It is also understood Sky and ITV Studios had been courting him for deals to make variety and chat specials, after he hosted the popular Friends reunion.

An LA TV insider said: “CBS has no Plan B, James is their guy and who they see staying with them… “[£15million] may sound a lot, but James brings so much to the table for CBS.

“Unlike his rivals, his online segments, including Carpool Karaoke and Crosswalk Musical, are huge global web hits, making huge revenues.”

Corden, who has bagged two Emmys for the show, would still be earning less than US chat show hosts Jimmy Fallon, Jimmy Kimmel, Stephen Colbert and Seth Meyers, who earn between £8.7million and £11.8million a year.

Currently he is earning £5million a year, which was a rise from his first annual CBS salary of about £3million annually.

Asked what his family think about his job, the dad of three said: “Nobody asks. They are so past asking. No one cares. It is like I am coming back from work.”

CBS Entertainment President Kelly Kahl said: “We love James and he is and has been doing a terrific job.We don’t comment on the status of negotiations.”