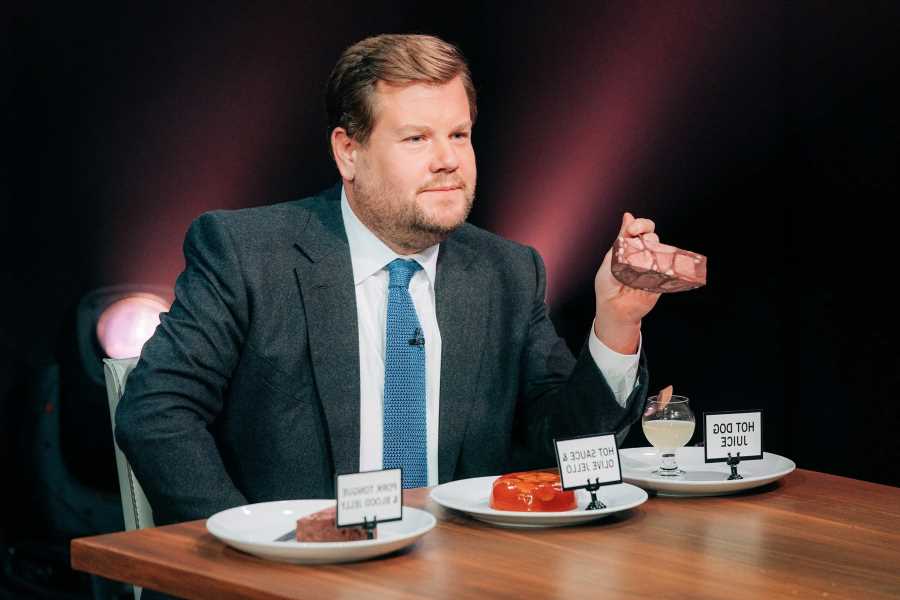 James Corden has stated that The Late Late Show‘s recurring “Spill Your Guts” segment will be changed due to online backlash.

“Our show is a show about joy and light and love. We don’t want to make a show that will upset anybody,” Corden said on a recent episode of The Howard Stern Show. The recurring bit, which has run sporadically on the show for several years, involves the CBS talk-show host asking his celebrity guests to answer personal questions or else eat “disgusting foods.” Critics of “Spill Your Guts” have noted that many of the “gross” foods featured are part of traditional Asian cuisine, including chicken feet, pig blood curd and thousand-year eggs.

“I want to know which white, European epicurean arbiter decided that fattened duck or goose liver, which sounds better using its French name, foie gras, is gourmet and luxurious, but chicken gizzard and duck tongues are uncivilized and gruesome?” Andrew Sun wrote in a 2018 article for Inkstone titled “James Corden, Stop Dissing Asian Food for Laughs.”

ok but this is actual Asian food & youre going on live tv telling people how gross it is. thats cringe

The controversy over the segment reignited several weeks ago with a Change.org petition started by Kim Saira, who previously called for the removal of the “Spill Your Guts” segment in a viral TikTok. During Corden’s appearance on Stern’s show, the radio host brought up the petition, which has received over 45,000 signatures, and mocked the backlash.

“Outta the blue, I guess some group of people are offended by this because you are serving foods that are popular in their culture — which I don’t know where culture this is, but what the fuck,” Stern said. “Who the hell is eating this shit — like 3,000-year-old eggs and all this horrible stuff?”