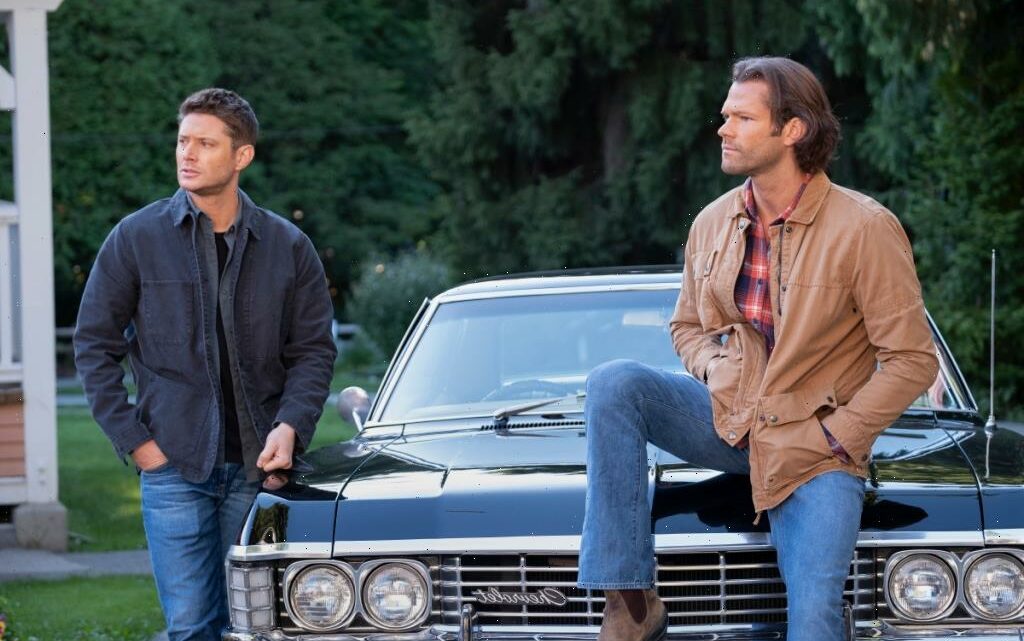 We can now confirm he was definitely not joking.

Just hours after taking Supernatural co-star Jensen Ackles to task on Twitter for failing to give him a heads-up about that just-announced prequel spinoff, Jared Padalecki returned to social media Friday morning to thank fans “for the love.” He also implored those same fans to resist the temptation to lash out at Ackles and Co. on his behalf.

“Please PLEASE don’t send any hate or threats,” he wrote. “I care deeply about everybody involved and would be in true misery if any of them were harmed or threatened.”

On Thursday it was announced that Jensen Ackles and his wife Danneel are developing a prequel spinoff for The CW that will follow young versions of Sam and Dean’s parents, John and Mary. Ackles is also on board to narrate the potential series.

Shortly after the news broke, Padalecki directed the following tweet at Ackles: “Dude. Happy for you. Wish I heard about this some way other than Twitter. I’m excited to watch but sad that Sam Winchester had no involvement whatsoever.”

When a fan contended that Padalecki’s tweet “has GOTTA be a bad joke,” the actor QT’d, “No. It’s not. This is the first I’ve heard about it. I’m gutted.”

Padalecki — who currently headlines The CW’s Walker — fired off a third tweet, which has since been deleted, at Robbie Thompson, the Supernatural co-executive producer who will pen the prospective series. “Et tu brute? Wow. What a truly awful thing you’ve done,” it read. “#Bravo you coward.”

In announcing the prequel project, Ackles said in a statement, “When Danneel and I formed Chaos Machine Productions, we knew the first story we wanted to tell was the story of John and Mary Winchester, or rather the Supernatural origin story. I always felt like my character, Dean, would have wanted to know more about his parents’ relationship and how it came to be. So I love the thought of having him take us on this journey.”

Supernatural creator Eric Kripke himself championed the news, tweeting, “When @JensenAckles first told me this story, I loved it. He & @DanneelHarris & @rthompson1138 are the perfect people to make it. (The other perfect person is too busy Texas Rangering.) Thanks for carrying the torch, guys, go kick it in the ass. Proud of you.”