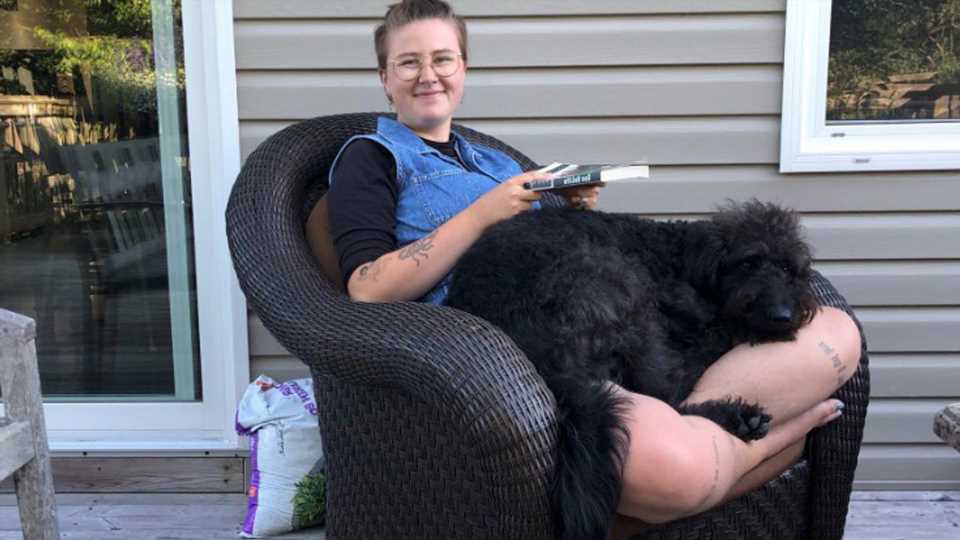 Mattea has been taking things easy due to her impressive Jeopardy! winnings before returning to the Tournament of Champions. 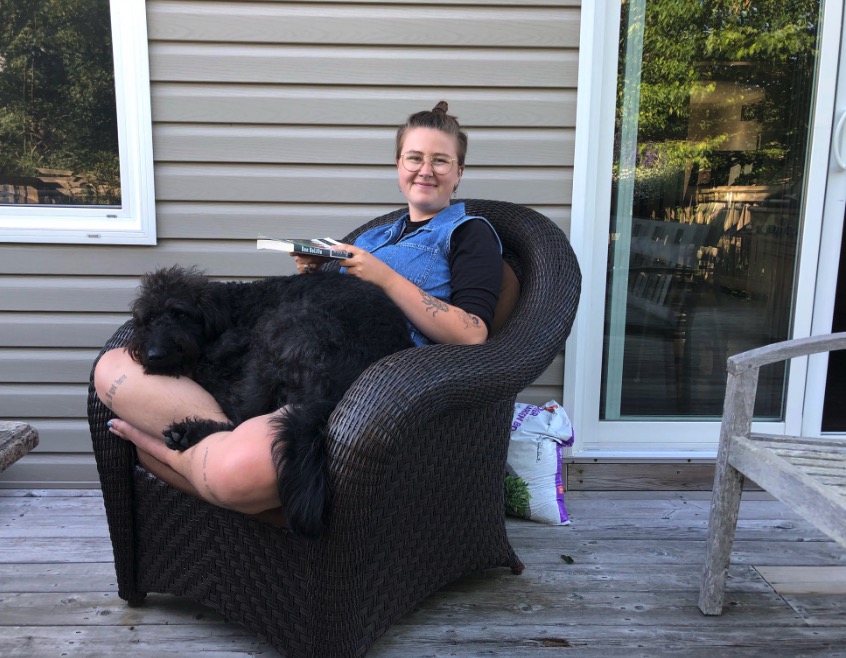 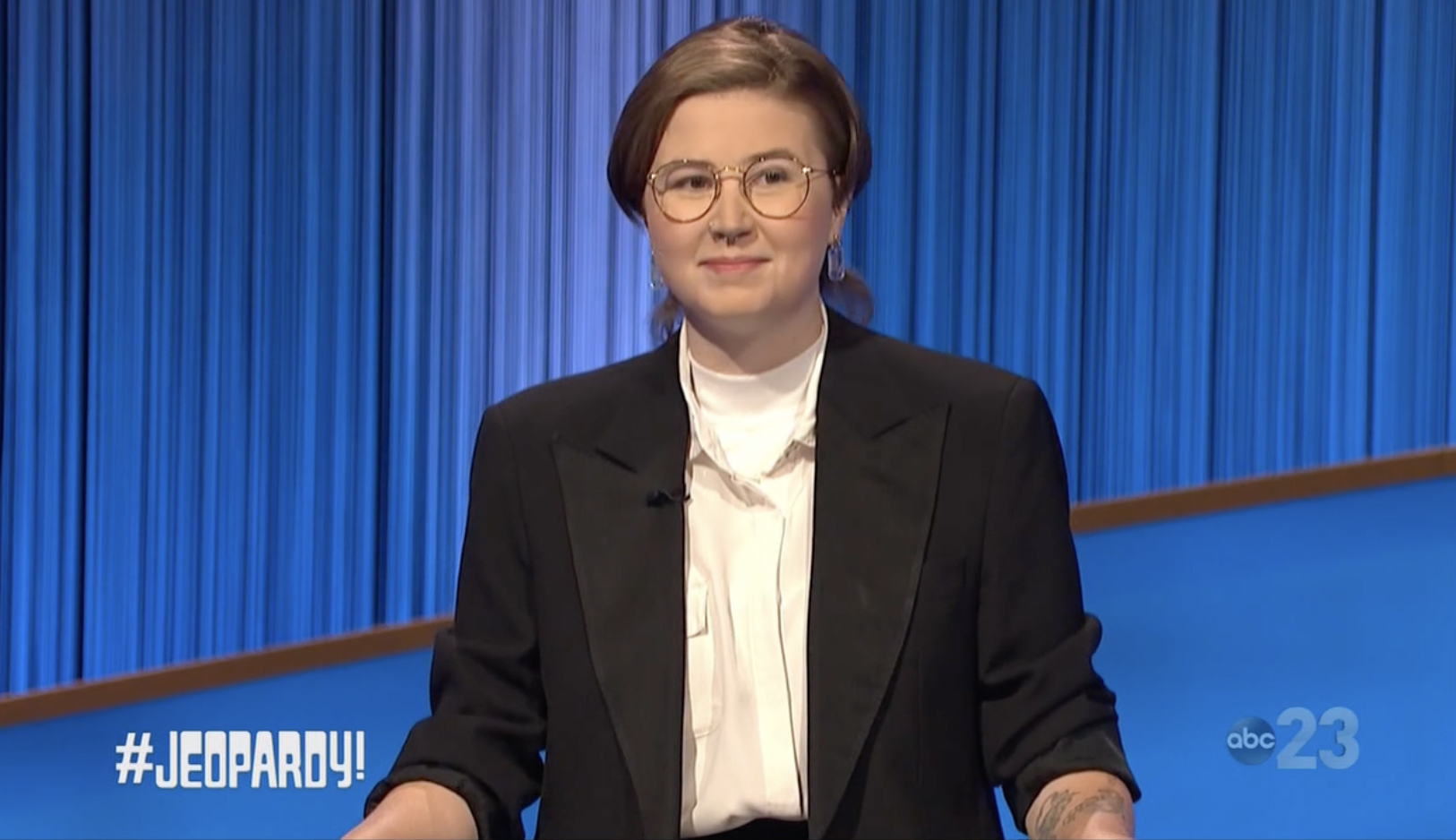 Mattea took to Twitter to share a short life update since her last Jeopardy! game in April.

The star was pictured relaxing in a chair on an outdoors porch with her giant dog curled up in her lap.

She was reading a book and then smiled for the camera in the second snap.

Mattea captioned her post: "This is my year of rest and relaxation." 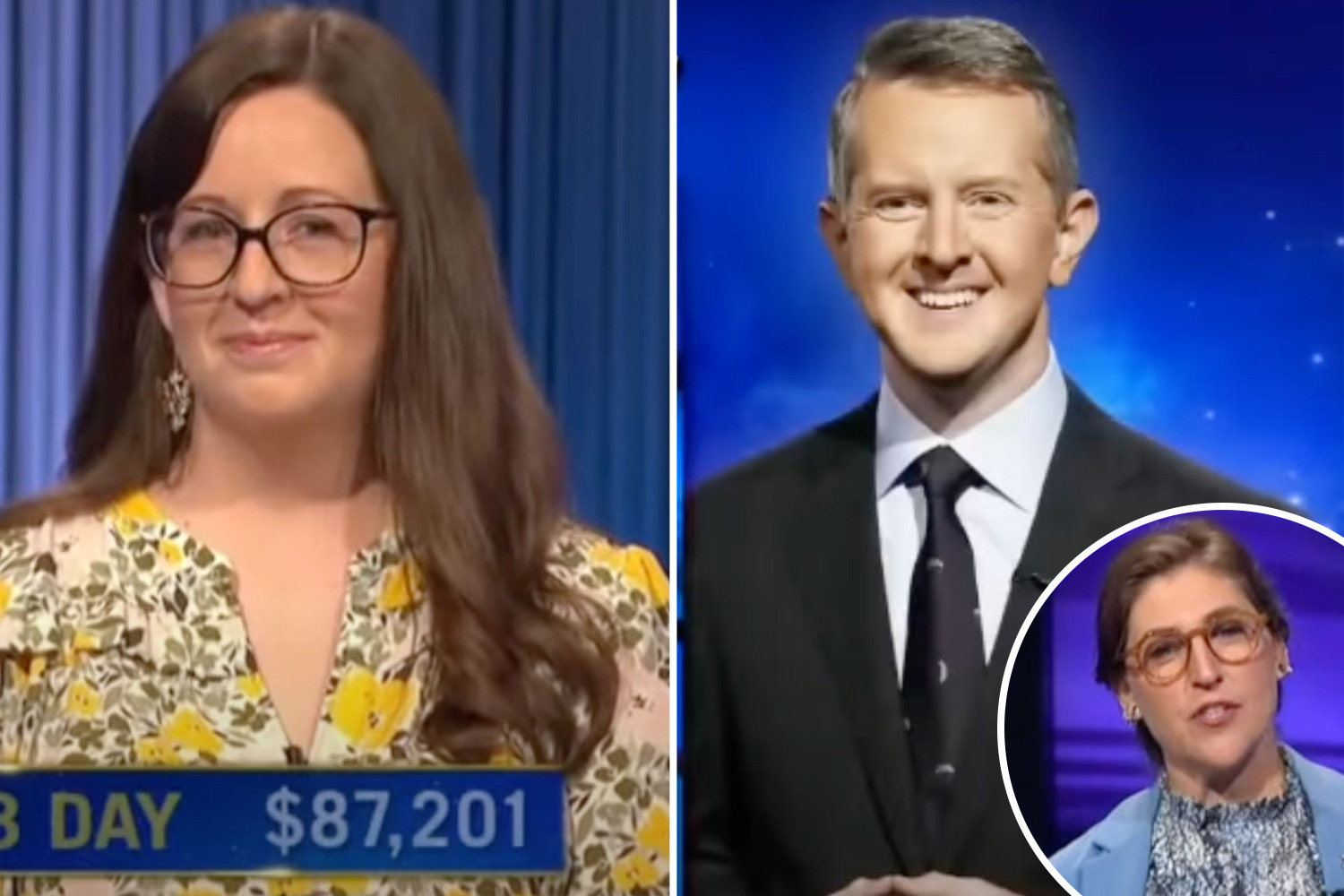 Fans poured into the comments to congratulate the record-setting winner.

One wrote: "You deserve it. Love your dog. Can't wait to see you again in the Tournament of Champions."

A second agreed: "I can’t wait to see you again on the Tournament of Champions on Jeopardy in the fall. It’s definitely going to be a great one. So many powerful Champions."

Another said: "Enjoy your relaxation, you sure deserve it. Sure miss seeing you on Jeopardy."

Although another fan teased: "Nah, you’re cramming for Tourney of Champs!"

Jeopardy! fans were shocked when Mattea lost her 23-day winning streak by only $1.

Canadian tutor Mattea has the fifth-longest streak on Jeopardy! ever with $560,983 in total earnings.

She lost to Danielle Mauer, a Georgia marketing manager, in a Final Jeopardy that left fans speechless.

Ken Jennings – who was hosting that week and who many viewers want to score the respected gig for good – watched it all conclude in the "insane" final round.

Mattea's wager set her just $1 under and she lost the game.

The Final Jeopardy's category was "USA" and about the international airport in Danielle's hometown of Georgia.

Danielle had the advantage of knowing the response was “Hartsfield Jackson."

Ken even joked on-air that the question must have been “not so hard” for her as he anticipated how fans would feel.

"The questions are written months in advance before we know the contestants," he professed to viewers.

Danielle stood there stunned after she was crowned as the new winner, and fans buzzed in online feeling the same, if not fuming over the upset.

"Mattea Roach lost by ONE DOLLAR on #Jeopardy tonight because they gave the new champion, a woman from Georgia, a final clue about Georgia," one fan fumed.

"According to that POS, Ken Jennings, clues are written months in advance. F***ING BULLS**T!"

While many more simply appreciated Mattea's historic streak, one wrote: "Damn!! What a great run by @mattearoach on #jeopardy. Loved watching her. Can’t wait to watch you on the TOC."

However, even more felt it was a hurtful way to go.

"Mattea Roach got screwwwwwwwwed over on the Final Jeopardy! Ken's hamfisted explanation/rationale of the timing of the clues notwithstanding."

"Sure looked like a Canadian super champ losing on a 'USA' clue gift-wrapped for a native Georgian was… curious."

Mattea won her first game on April 5th and exclaimed her "student loans are paid off!" setting the tone for her unexpected and unconventional yet captivating streak.

Some of her games have been "runaways", but others have made for the "best episodes of the show in decades."

Last night, she scored a cinematic comeback with a Final Jeopardy about Citizen Kane, and earlier, she won a feverishly close one by (the same amount) just $1.

Critics may have knocked her "quirky" stage presence seeing her openly voice her wager strategy, but she's buzzed in at a 91 percent accuracy rate, according to “Jeopardy!” daily scores.

Her other memorable moments included saying a signature wrist-flick, "I should have wagered more" after a Daily Double she wasn't feeling.

And who could forget when Mattea near the end of her run shared a Q&A story she'd been holding close to the blazer:

She once sang backup in a music video with the legendary musician of "Rick Roll" fame Rick Astley.

Clearly a fan of music (often sweeping such categories) during an earlier Q&A, she also revealed her SEVEN tattoos including two LEG tattoos dedicated to the band The Talking Heads.

"So I have under both of my knees – on one leg I have 'same as it ever was' and on the other leg I have 'how did I get here' both from [the song] Once In A Lifetime," she explained.

Finally, one of her most memorable games saw her answer Final Jeopardy ALONE on the stage with JUST Ken, due to a technicality. 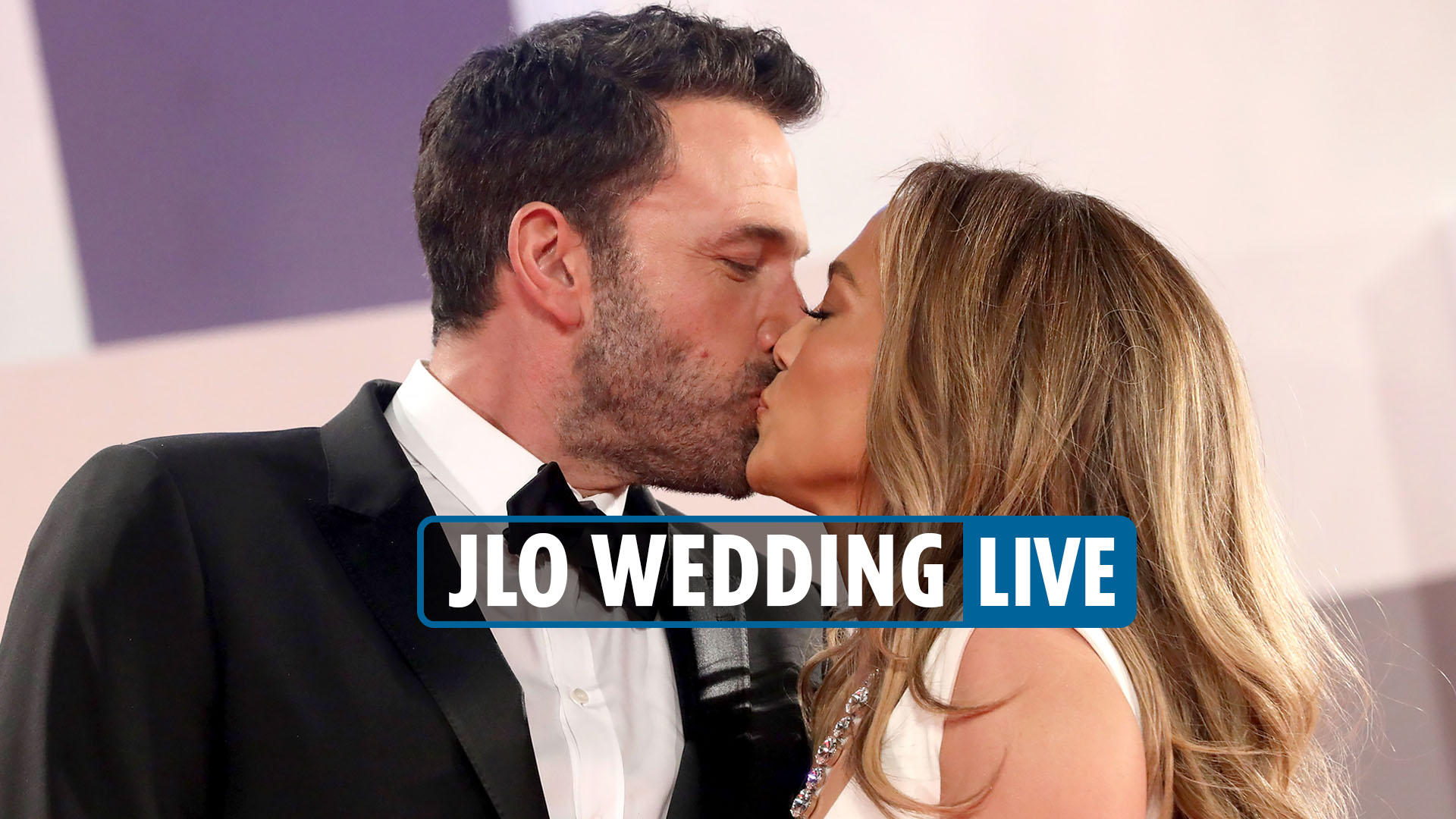 In an extremely rare move, the show returned from commercial with two long-running champs – Ken and Mattea, on stage alone, together.

"Has that ever happened before?" another wondered. 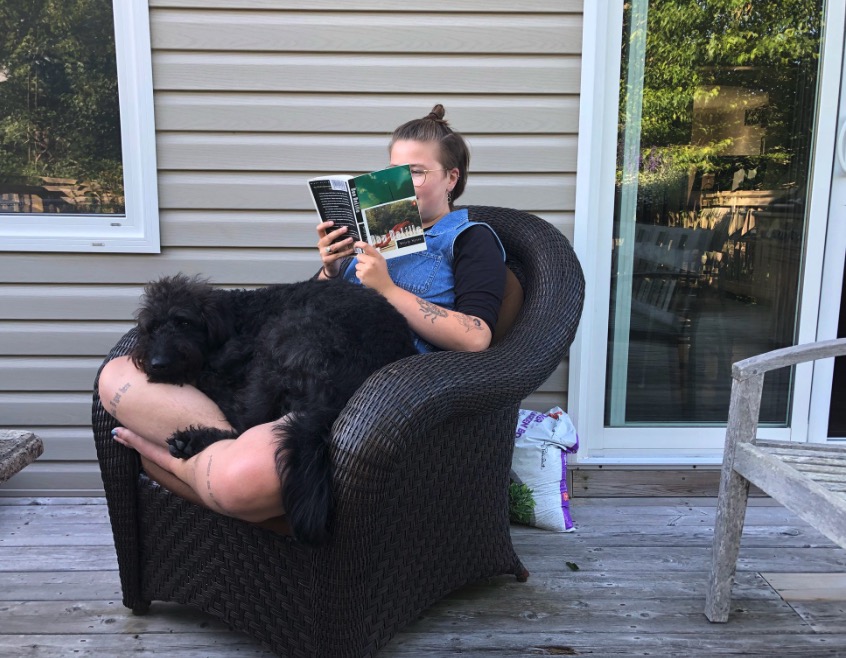 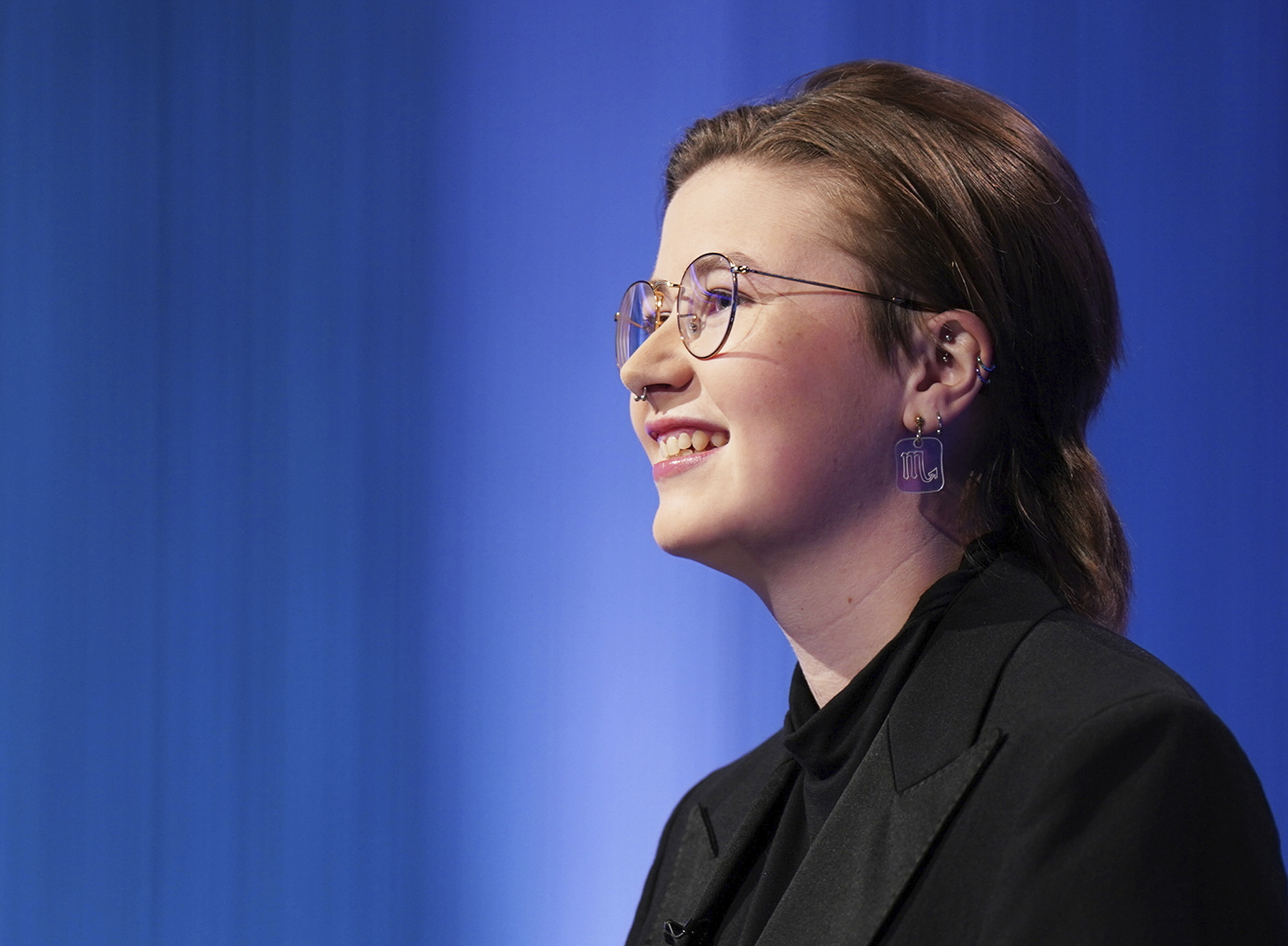 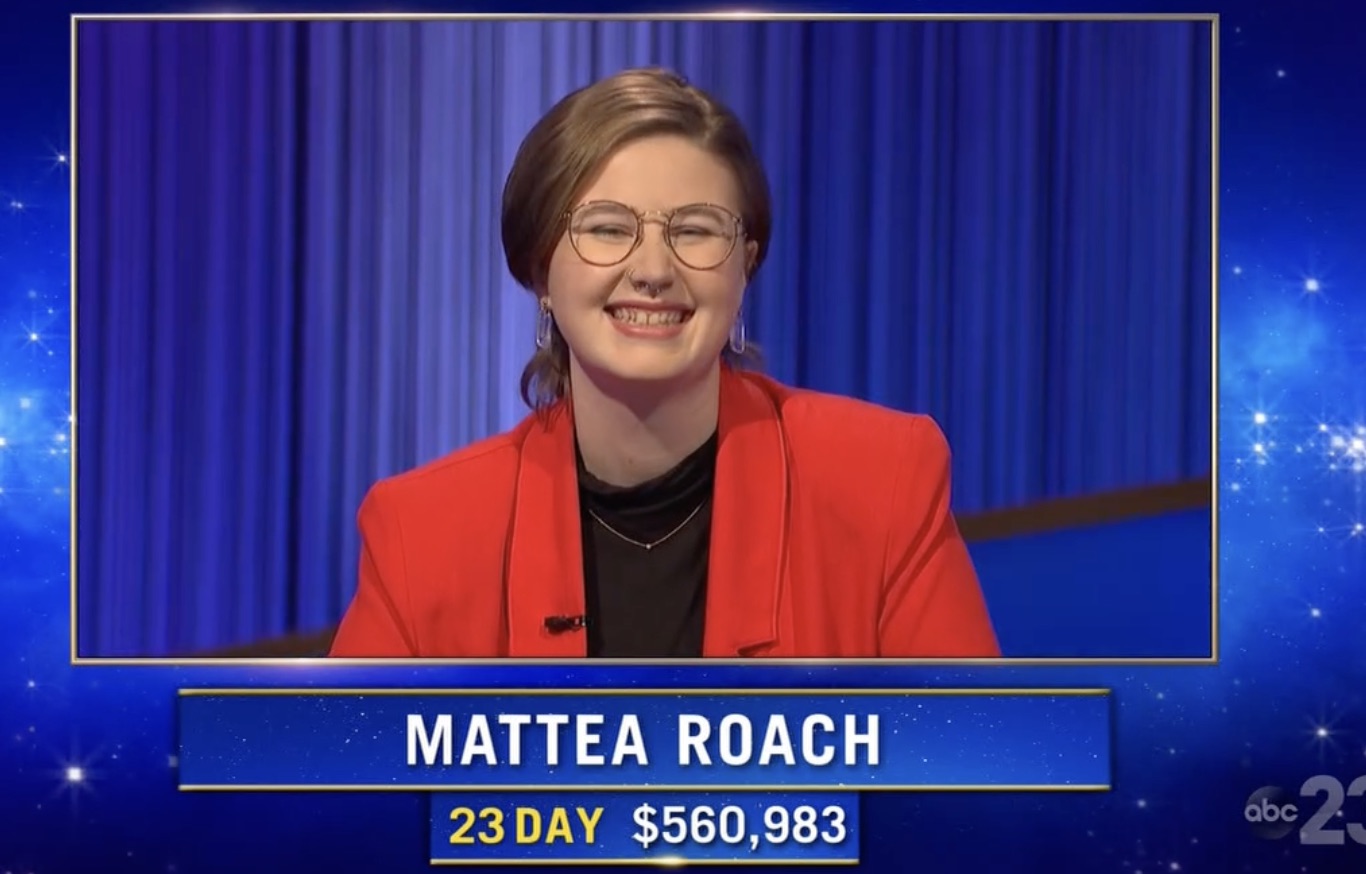 The controversial meeting that shows it's time to torpedo Mordaunt