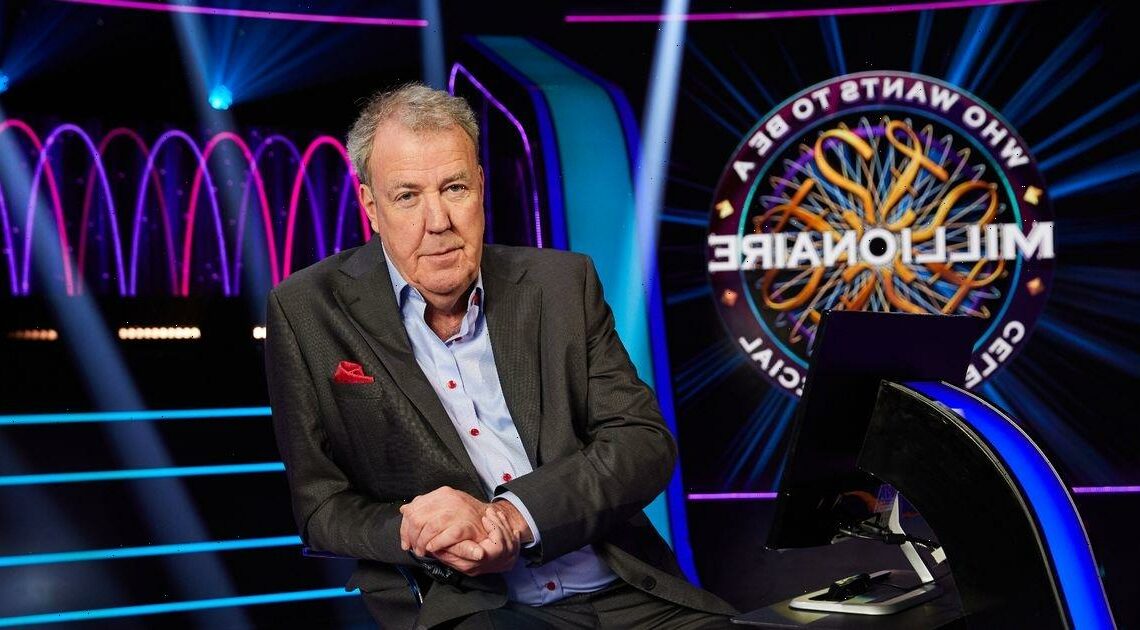 Jeremy Clarkson refuses to hug or kiss Who Wants To Be A Millionaire? contestants even if they win the jackpot – in case they accidentally end up snogging.

The telly host said he does not like hugging men or women in any circumstances because it is "too intimate" and his "genitals are perilously close to theirs".

And he finds greetings kisses a "nightmare" because he often ends up puckering up to the wrong bit of someone’s face.

Consequently Jeremy, 62, warns all guests on his big money quiz show in advance he will not engage in any embrace or smooch even if they win its £1million top prize.

Instead the star, who also presents The Grand Tour and Clarkson’s Farm, extends the offer of a handshake.

He is campaigning for the return of the "simple, painless and free" greeting which was wiped out by Covid in case it spread the virus.

"I don’t really like hugging other men,’" he said.

"There’s always a sense that my genitals are perilously close to theirs, and I really, really don’t like it when they move in for a kiss, which sometimes happens as well.

"It’s too intimate and there’s always a danger that they’re going to report you to the police. Especially if you’ve only just met them in a park.

"And then there’s the nightmare of the kiss on each cheek.

"It sounds so easy but you’d be amazed how often I get it wrong.

"Some women think this should be an air kiss and tilt their heads way over to the side, but I always take this to mean they didn’t even want the gesture of a kiss, which makes me all stammery and nervous when we start talking.

"Then you have those who swivel their heads too far round, so you end up kissing an ear, which is so unnerving I usually raise my head too quickly and knock their hat off.

"And then you get the ones who turn their heads too slowly, so you get the first kiss in the right place but land the second on their lips. Which sends out entirely the wrong message.

"This is why, when I host Who Wants To Be A Millionaire? I always say to the contestants beforehand that even if they win big I will not be embracing or kissing them.

"They’re going to get a handshake and that’ll be that."