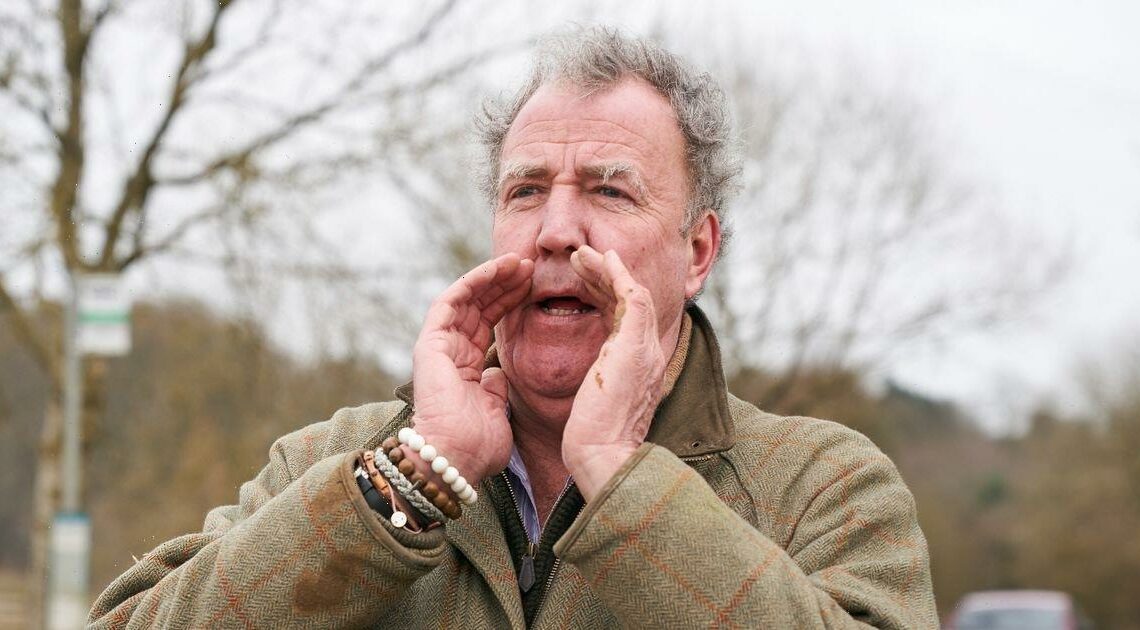 Amazon viewers will remember Jeremy Clarkson invested in an Oxfordshire farm last year as he embarked on his journey to becoming a fully-fledged farmer.

Following his successful car series with his friends Richard Hammond and James May, the 71-year-old swapped his swanky sports cars for a tractor and a pair of wellies as he attempted to run his own farm for a year.

Now living in the heart of the Cotswolds, the doting dad has opened up about his concerns in his recent investment with the equipment setting him back more than £250,000.

As viewers watched the car enthusiast purchase all the necessary equipment needed to become a farmer, Jeremy admitted the investment alone was enough to give him “sleepless nights.”

In an interview with the Times Radio, the Amazon Prime star revealed how stunned he was at how much he needed to buy before he could start work on his farm.

“It’s actually setting up a business. I mean I was staggered it was as much as it was.

“It came to a quarter of a million pounds before we’d even started. That genuinely gives you sleepless nights.”

But that wasn’t Jeremy’s only concern as he reflected on the hardships of farming life during the early days of his business.

He added: “Down the line in November 2019 when it didn’t stop raining, it just for six weeks didn’t stop.

“And so, you lie awake going, ‘there’s thousands and thousands of pounds worth of seeds in the barn and they’re germinating in there, I know they are and I can’t get them in the ground’ and it really keeps you awake.”

Alongside his farm, Jeremy also set up a farm shop which caused some contention to the villagers who lived close to the farm.

When the planning permission to build the shop was first submitted to the Oxfordshire council, many residents in Chadlington opposed the development on the grounds that it would have a “negative impact on the landscape.”

But after much deliberation, Chadlington Parish Council said it did not object to the plans “as long as filming is for farming activities only and local produce only is sold.”