The new Julia Child documentary details how the legendary chef trailblazed the male-dominated cooking industry during a time when “women were basically part of the window dressing.”

“Julia” tells the story of the legendary late chef and “Mastering the Art of French Cooking” cookbook author Julia Child, a woman who found fame in her 50s as a rockstar chef.

“Cooking was a world of man,” one documentary guest says. “You certainly didn’t see them teaching,” another guest said regarding Child’s revolutionary career. 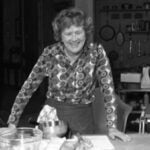 “As soon as I got into France and realized what it was all about,” Child recounts, “one taste of that food and I never got over it.” 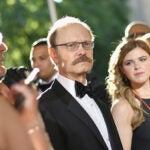 The documentary was acquired by Sony Picture Classics in April 2020.

A Julia Child series starring Sarah Lancashire is also in the works at HBO Max.

Watch the trailer for “Julia” above.

'Like a scene from The Birds': Posties say SEAGULLS are attacking them