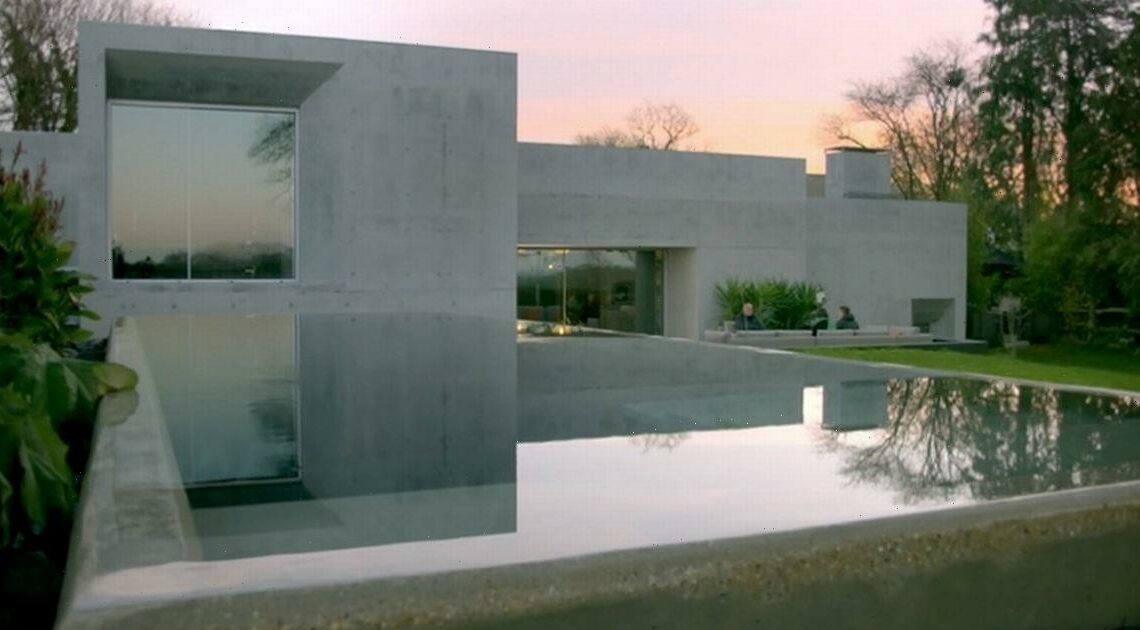 Kevin McCloud was back on screens for a new episode of Grand Designs and he returned to a concrete bunker in Sussex.

In the Channel 4 episode on Wednesday (July 14) he returned to Adrian and Megan’s concrete home which, on his last visit, he described as "bleak" and "hostile".

The grey concrete build was designed to have super-thick insulated walls and be unashamedly brutalist in design.

Unfortunately, the project did not go well for the couple and they confessed they had racked up credit card debts and gone way beyond their original budget.

They also had logistical issues with the delivery of the concrete, which turned out to be a huge technical problem that left the outside looking rough and shabby after it set and dried.

But when he returned two years later, Kevin McCloud was almost speechless with the beautiful transformation.

He said: "The rough and crumbly concrete is gone. Something more refined is in its place."

Touching the outside, he said it had been "polished" and looked as smooth as limestone.

Landscaped lawns and a water feature make the outside of the property look even more stylish.

Meanwhile, inside the home, every concrete surface was left bare and minimalist and Adrian and Megan had to add interest and coziness with artwork, plants, and furnishings.

They added natural wood to a lot of the rooms, including an old laboratory cupboard in the kitchen.

Some of the artwork was pretty eclectic, such as life-size drawings of human skeletons and a neon hangman's noose.

Even Adrian and Megan's children said they loved their unusual home, with one of the sons saying his school friends were impressed by the design after initially calling it a "nuclear bunker".

Viewers at home were divided, however, and many people commenting on Twitter said they still thought the project was "awful".

One person wrote: "I'm able to grasp some semblance of beauty from the brutalist house… but the neon noose?"

Another wrote: "I’m sorry but that concrete monstrosity is beyond awful!

"You couldn’t pay me to live there."

But the building did have some admirers, with one person tweeting: "That turned out fantastically, fair play to him for his vision."

"Really didn’t think I’d like this concrete house but I thought it turned out quite well," tweeted a second.