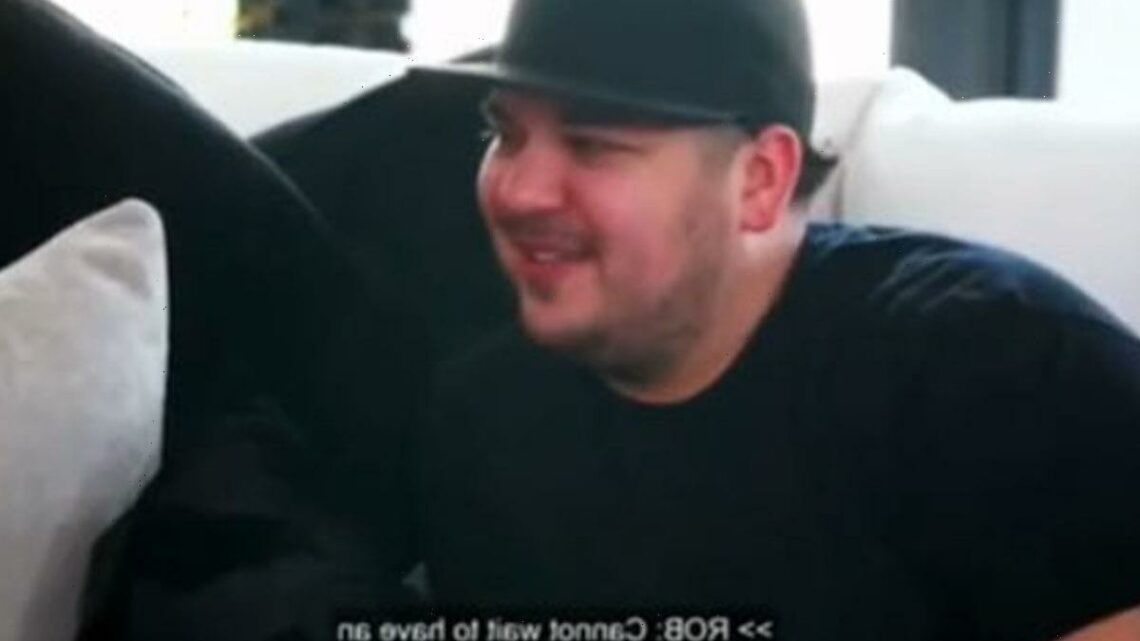 KHLOE Kardashian and brother Rob are facing backlash, with fans calling them both 'racist,' after a tasteless joke made in an old KUWTK episode resurfaced online.

The Kardashians are no strangers to controversy, especially when it comes to race. 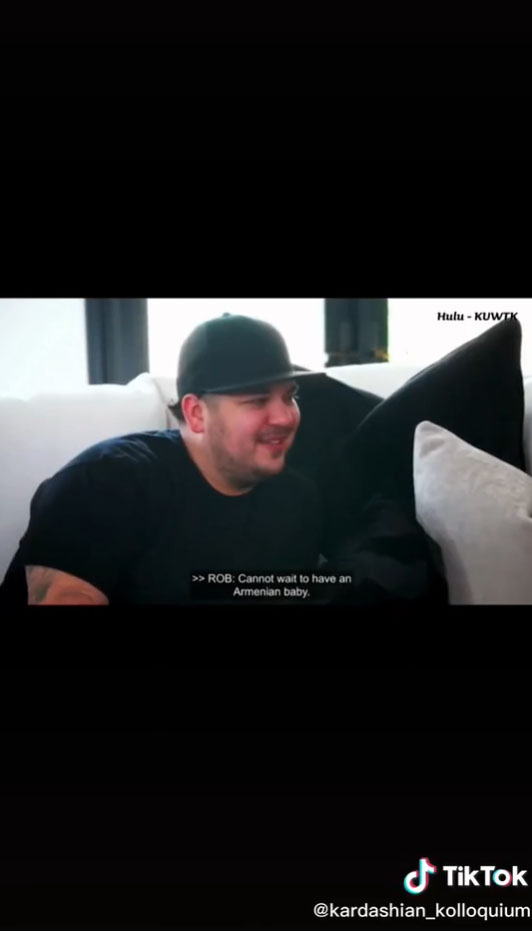 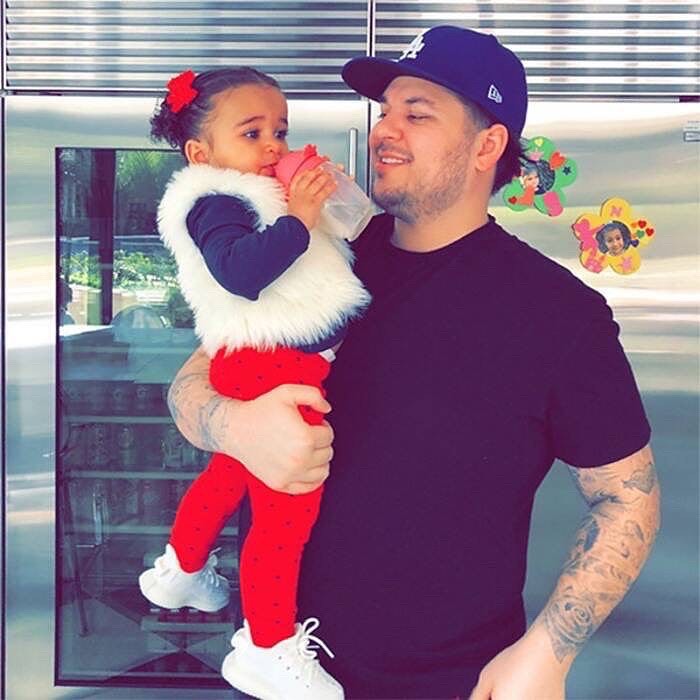 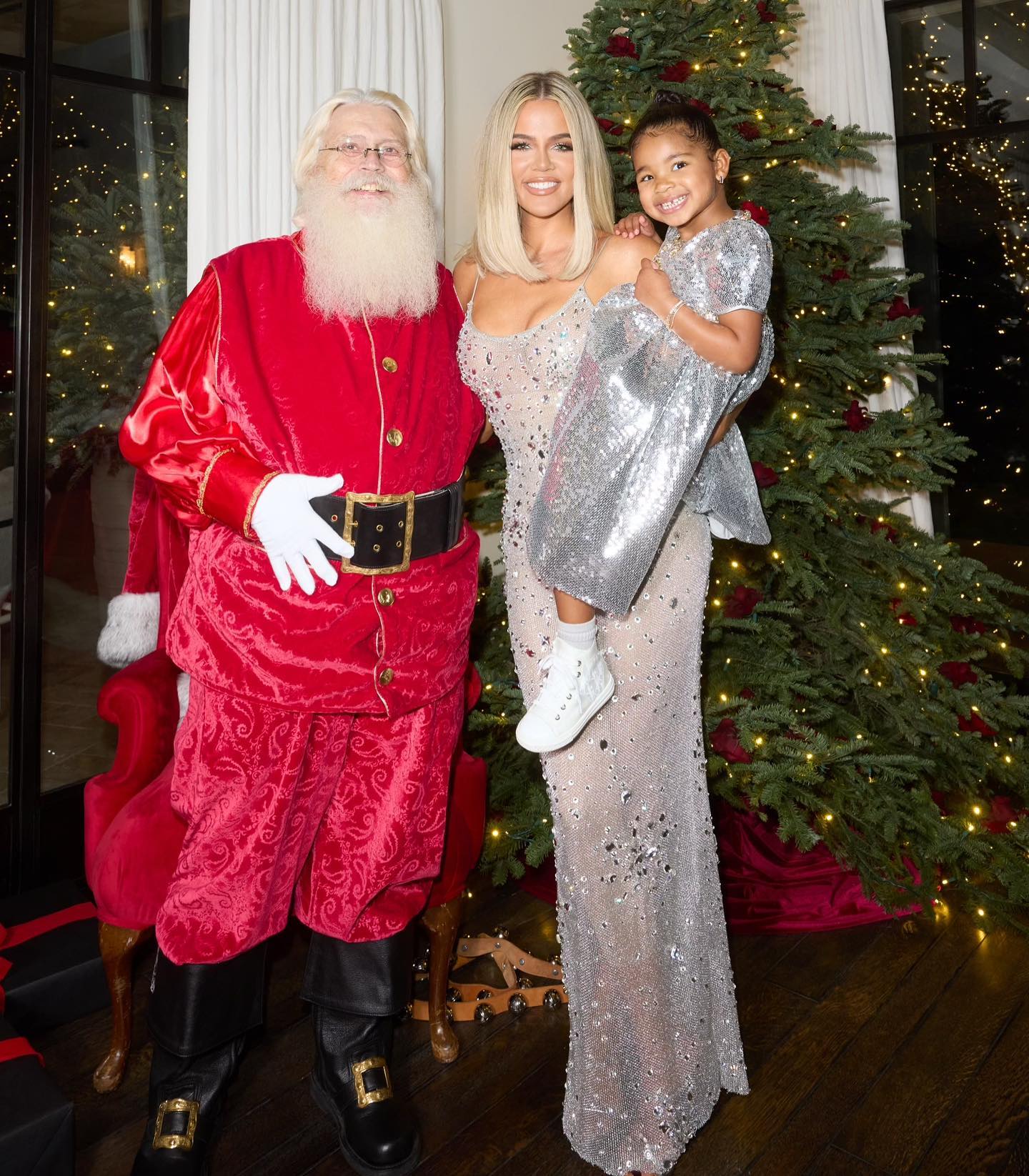 A TikTok account called @Kardashian_Kolloquium shared an old clip from the Kardashian family's E! reality show, which showed Khloe and Rob talking about him welcoming a child while his then-partner, Blacc Chyna looked on.

In the clip, Rob tells his sister: "I can't wait to have an Armenian baby."

Khloe replied: "And probably a little bit of Black."

He replied: "Let's not make this a race war."

The video's creator noted before including the clip that several such videos had been circulating online noting that the Kardashian family has faced a number of similar controversies and accusations of cultural appropriation.

OUT IN THE COLD

She shared a portion of a video essay in which she said: "The development of California was, of course, a process rife with colonization and displacement of indigenous and Mexican peoples. Two concepts that are key when thinking about the ever evolving and appropriative Kardashians today."

A commenter pointed out: "Just as CA not claiming its Mexican roots, rob isn't claiming his child's black heritage."

Another wrote: "As a family, the Kardashians' biggest question is 'How close to blackness can we get without being Black?'"

A third TikToker commented: "Can we stop saying racially insensitive and call it racist because that's what it is."

The post came as Khloe was in the midst of backlash over another past incident involving a meme she shared.

Another TikTok user resurfaced a 2014 Instagram post from Khloe, which featured a photo of her and her sisters dressed in all white with a message that read: "The only KKK to ever let black men in."

Khloe took the Instagram post down shortly after she shared it, but the Internet has neither forgiven nor forgetten.

One TikTok user replied to the video about the insensitive Instagram post: "Time to shut them down..imagine the audacity of these shells of women?"

Another added: "They are absolutely disgusting!"

A third commenter wrote: "Omg they enrage me. Idk why anyone pays them real life money for just existing?"

The family faced similar backlash in 2008 when Kim, Khloe and Kourtney appeared on Mad TV with Kris Jenner.

They performed a skit that included a riff on Celebrity Family Feud.

During the episode, a cast member posing as Al Roker pointed out the spelling of Kourtney's name, noting that it's not typical.

After Kris noted that all the girls have "K" names, Kourtney pointed to her siblings and said: "The three of us girls even formed our own club."

"Al" laughed and said: "You might want to rethink that."

The clip was shared by a TikToker in October with text on screen that read: "I don't care if it's a sketch, IT'S NOT FUNNY."

Several angry commenters picked on the stars for their tone deaf joke, with one writing: "I hope they choke!"

One user came to their defense in a way, suggesting that the family may not have understood the joke and might be "extremely dumb."

Another old KUWTK clip made its rounds on TikTok, featuring Khloe defending Kim after trolls accused her of cultural appropriation.

Offering a response to critics, Khloe said: "Hashtag fact, my baby is Black.

"Hashtag I only like Black c**k. That's what I would say."

She then appeared to use the N-word while describing some fo the names she was called by fans. 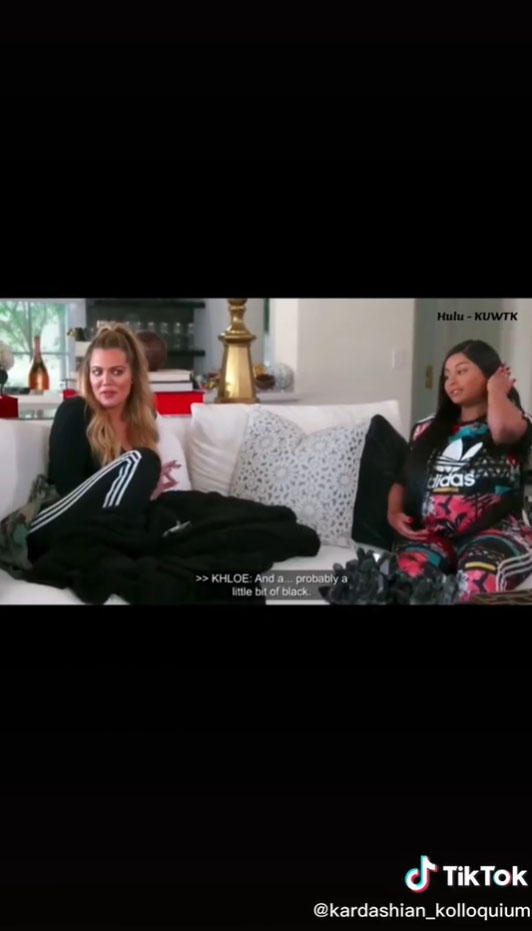 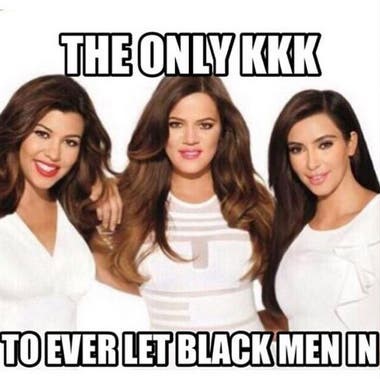 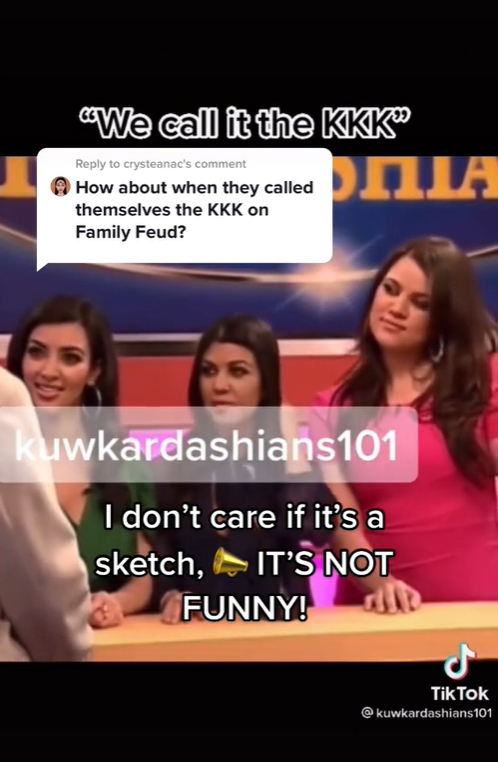 Prince William Initially Refused to Attend the Unveiling of Princess Diana's Statue With Prince Harry, According to Report
Recent Posts