Home » TV and Movies » Kim Novak Reveals Why She Left Hollywood: 'I Lost a Sense of Who I Truly Was' 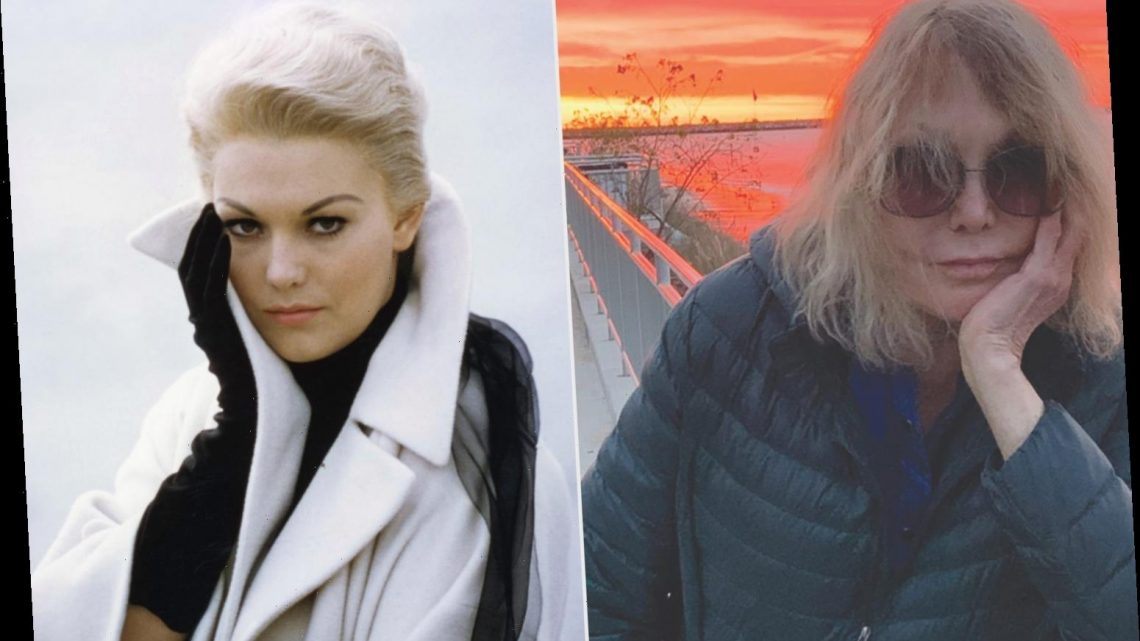 Kim Novak Reveals Why She Left Hollywood: 'I Lost a Sense of Who I Truly Was' Over 50 years ago, Kim Novak, the enigmatic star of Alfred Hitchcock's Vertigo (1958), walked away from Hollywood. The woman who had once been the number one box office draw in the world put her belongings in a van and drove north, first to Carmel, California and then two decades later to Oregon, to live her life as an artist.

"I had to leave to survive," she tells PEOPLE. "It was a survival issue."

"I lost a sense of who I truly was and what I stood for," says Novak, 87, in a rare interview to talk about her new book, Kim Novak : Her Art and Life. published by the Butler Museum of American Art.

"I fought all the time back in Hollywood to keep my identity so you do whatever you have to do to hold on to who you are and what you stand for," she explains.

"I've never done one of those tell-all books that they wanted me to do for so long, and I thought this is the kind of book I'd like to do," she says of her art book. "Actually, I had written my autobiography and it was almost complete but I had a house fire and the house burned down and I made no copies. I just couldn't go through it again because I had spent so much time. But it was okay because it was a catharsis just to do it." After starring in Picnic (1955) with William Holden, The Man With the Golden Arm (1955) and Pal Joey (1957), opposite Frank Sinatra, and Vertigo, with Jimmy Stewart, Novak was at the height of her career but still under the control of the studio. As she writes in her book's introduction, "I was both dazzled and disturbed to see me being packaged as a Hollywood sex symbol. However, I did win my fight over identity. I wouldn't allow [Columbia Pictures chief] Harry Cohn to take my bohemian roots away by denying me my family name. Novak. I stood my ground and won my first major battle."

Cohn wanted her to change her name to Kit Marlowe, telling her that audiences would be turned off by her Eastern European roots. She refused. In the late '50s, she defied him again when she began dating singer Sammy Davis Jr. against his wishes and she fought to live her life as an independent woman.

"There was constant pressure to be seen and not heard," writes Novak, "especially if you had a pretty face."

"In Hollywood a lot of people assume who you are, because of the character you play, but also just because of who they expect you to be, how they expect you to dress," she says. "It influences you because if you're in some gorgeous sequined gown, you can't run along the ocean and run on the beaches."

"I kept feeling like I was going deeper and deeper, lost in almost like a quicksand, where it's swallowing you up, your own personality, and I'd started to wonder who I am," she explains. "I realized needed to save myself."

She found peace living and painting in the Rogue River Valley of Oregon and notes, "I needed the Pacific Ocean to inspire me, the animals, the beauty."

"I wanted to live a normal life and a life with animals," says the actress, who had always loved drawing and painting as a young girl growing up in Chicago. She was awarded two scholarships to the Chicago Art Institute before she was spotted by a talent scout on a trip to L.A. and her life changed course. Once she left Hollywood, Novak returned to her twin passions: art and animals. "My teachers were the animals, not just dogs and cats, but other animals, horses and llamas, whom you have to meet half way, because they're not ready to accept humans. I had to learn to win them over," she says. "They understand a person who's genuine so I had to become more real and that made me rely on my inner self — and that also encouraged me to paint. Everything seemed to flow from that."

"You learn how to count on, not how you look, which is a big thing as a movie star, especially if you were recognized because of how you look," she adds. "That can be a difficult thing when you change — but looks had nothing to do with it."

She met second husband, Robert Malloy, an equine veterinarian, in the late '70s, when he paid her a house call to treat one of her Arabian horses. She called him her "soul mate." He died last December. In 2012, Novak revealed she'd been living with bipolar disorder. "I don't mind being open about who I am because these are all characteristics which make you who you are, especially as an artist," she says. "Now, of course, I have medication for it but the best medicine of all is art."

She's proud of her favorite films, including Vertigo and Bell, Book and Candle (1958), and has fond memories, especially of her friend and costar Jimmy Stewart. Says Novak: "He didn't let Hollywood change who he was."

"People can remember me in movies but I want them to see me as an artist," says Novak, whose paintings were exhibited at a 2019 retrospective at the Butler Museum in Youngstown, Ohio. "What's great about painting is, you become the director too. No one's telling you how to do it. You get to direct the whole thing."

"I've been influenced a lot by Hitchcock in my work because he did mysteries and at first glance, I want my painting to be a mystery," she says. "I love being the director, the producer, the actor in my paintings."

"This is who I am. I want people to see I was not just a movie star."

Looking back, Novak says, "I'm so glad I didn't do the tell-all book, where you write all about your love life. That wasn't who I was. This book tells who I am.

"I just needed to be free." I Agree With Gen Z: Skinny Jeans Are Over