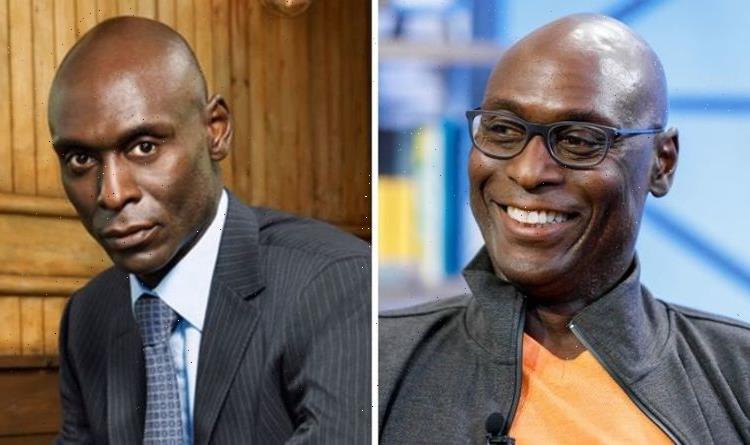 Law and Order: SVU long-time fans will remember Lance Reddick not only appearing in SVU, but a number of the series in the NBC franchise. Since appearing in the shows, Reddick has continued to find success in both film and TV, appearing in blockbusters and beloved TV series alike. Express.co.uk recently sat down with the star and discussed his time on Law and Order and Sky History’s Book of Secrets documentary which airs tonight.

Lance Reddick is known for starring in some of TV’s most influential and successful projects.

Including The Wire, Lost, Fringe, and Bosch, Reddick has become an instantly recognisable star.

However, before appearing in The Wire, the star was primarily known for his roles in Law and Order, namely Law and Order SVU as ME Taylor.

Taylor was a medical examiner that appeared throughout the early seasons of the show before Reddick would go on to appear in other shows in the franchise.

The star can be seen in SVU, Criminal Intent and the original Law and Order series.

As a veteran of the franchise, some fans have wondered if the star would ever make another appearance in the series.

Express.co.uk sat down with Reddick and asked him if he would be open to returning to the franchise.

The star explained that he wouldn’t want to play another law enforcement figure after having played a number of different police characters throughout his career.

Referring to his character Irvin Irving in Bosch, Reddick continued: “I almost turned down [the role] because I didn’t want to play another commanding officer in law enforcement.”

“I’d be open to it, but the question is which one,” Reddick added, referring to his different roles.

The star will soon be starring in Netflix’s new Resident live-action series, taking on the role of Albert Wesker.

On top of this Reddick will be reprising his character of Charon in John Wick: Chapter 4 and returning to voice Sylens in the video game Horizon: Forbidden West.

However, Reddick can also be seen in Sky History’s Book of Secrets, a documentary series that premieres tonight, August 24.

The show will be charting various government coverups and conspiracies over the years, showcasing disclosed documents and details on several eye-opening projects.

One of the main topics of the documentary is the Civil Rights Movement of the 1960s in American and how the FBI tried to stop it on several occasions.

Reddick explained: “I never realised how much the FBI tried to destroy the Civil Rights Movement and what a personal vendetta J Edger Hoover had against Martin Luther King.

“I think Americans have a tendency to think of ourselves as so exceptional that you don’t always want to see the truth about our history.”

The documentary series covers various topics from across the 20th century, from World War II to the creation of Space Force.

It is part of Sky History’s ongoing Summer of Secrets which is set to run until the end of August.

Law and Order: SVU season 22 and Organized Crime season 1 are currently airing in the UK on Sky Witness and Now TV.

Book of Secrets with Lance Reddick premieres on Sky HISTORY on Tuesday 24th August at 9pm.

Sky HISTORY is available on Sky 123, NOW, Virgin 270 and TalkTalk 327. All episodes will be available on catch up services.