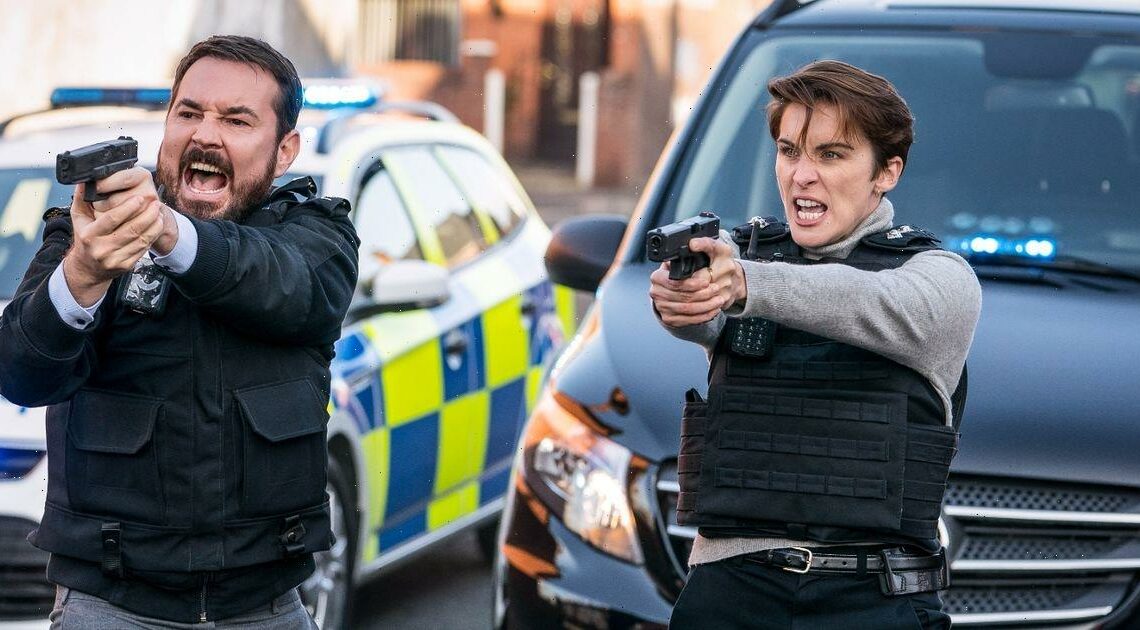 Police drama Line Of Duty is expected to come to an explosive end on Sunday evening and fans all over the UK can’t seem to contain their excitement on what to expect.

After a nail-biting five episodes, LOD fans have been glued to the edge of their seats with hopes that they will finally witness "H" and other mysterious clues exposed.

In the pics Steve Arnott (Martin Compston) and DI Kate Fleming (Vicky McClure) look incredibly tense as they both stand strong with their guns raised shouting.

But who are the cops yelling at and pointing their guns towards? Could they have finally cracked the code and nailed the elusive fourth man?

Viewers will obviously have to wait until the show finally airs on Sunday night to see if all clues are revealed.

As speculation continues to grow, Vicky McClure’s mother Carol has shed some light on who she believes "H" could be but admits that her daughter is keeping her lips sealed on the matter.

Speaking to the Sunday Mirror about the final episode Carol said: "We don’t know anything, 100% not.

"We don’t know who H is, absolutely not, she’s keeping that in the bag!

The actress’ mum continued to joyfully explain how much she loves the crime show but is just as much in the dark as the rest of the nation.

As many fans across the country are hoping for a seventh series, actor Martin previously explained this week that installment number seven may be unlikely.

Vicky said: "We genuinely don’t know. We don’t know anything, I'm not just saying it for effect."

Martin chimed in and said: "That’s nothing different for us. Jed [LOD writer] always takes months after… there’s stuff above our pay grade, analytics, figures and all that kind of thing that comes in.

"He always takes time off. But I think it is important to say, I think this natural story arc that we’ve been on for the last six years…."

"We won’t come back just for the sake of it. That’s for sure", Martin explained.

He continued: "We’ll come back if there’s a story to tell. But, so as well, if it ends well maybe sometimes it is best to leave it. But, so, genuinely we don’t know."