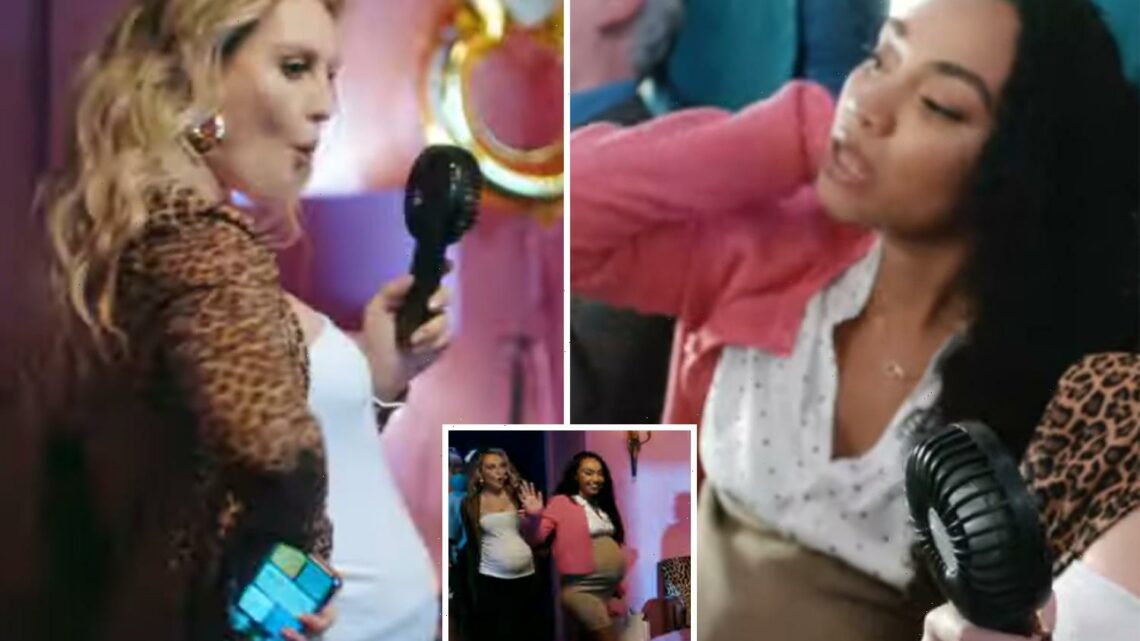 LITTLE Mix's Perrie Edwards and Leigh-Anne Pinnock proudly showed off their huge baby bumps in the music video for their collaboration with Anne-Marie.

The artists have teamed up for new single Kiss My (Uh Oh), and the fun-loving video was released earlier today. 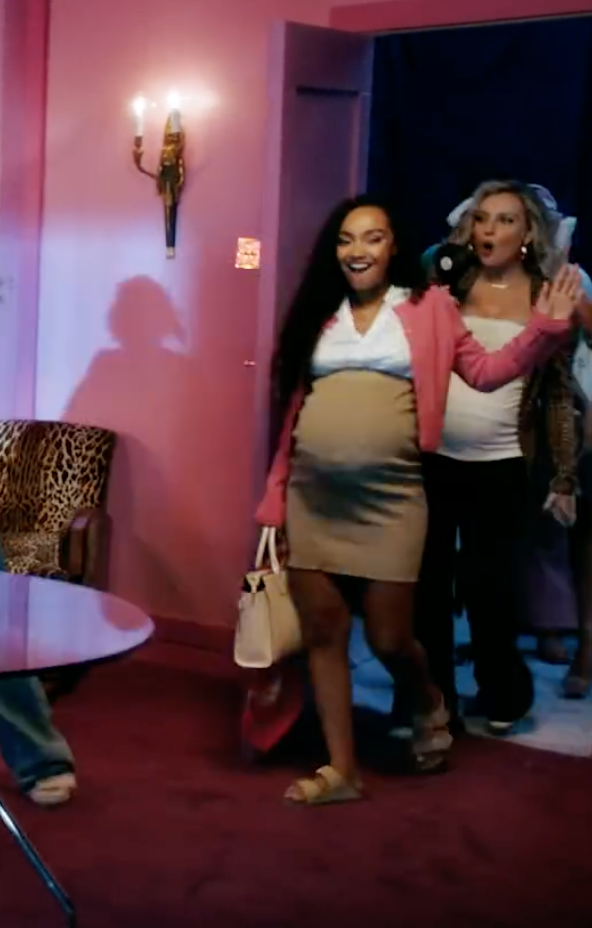 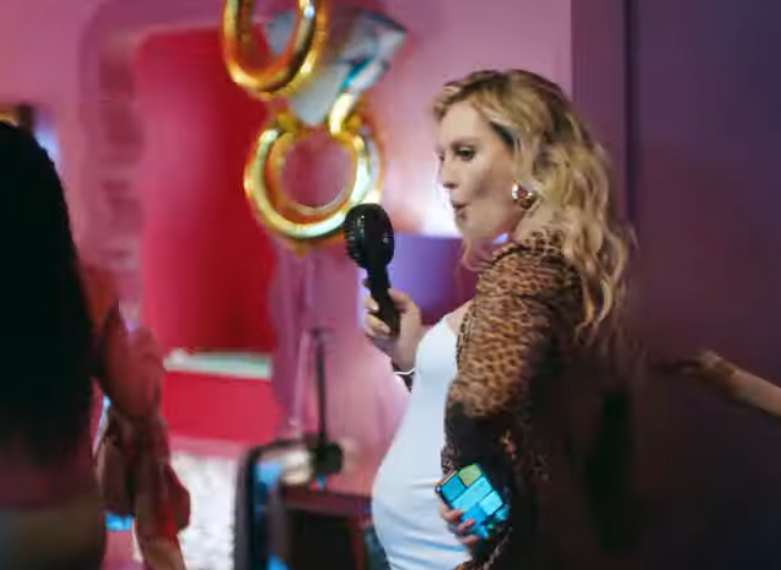 It follows the girls as they go on a hen weekend for bride-to-be Anne-Marie, starting with them causing chaos on an airplane.

Perrie and Leigh-Anne are sat next to each other, with the latter's bump prominently in shot as she relaxes in her seat.

However, it is when the group arrive at their luxury hotel room that their bodies are fully on show – with both mums-to-be showing off their bumps in a blink-and-you'll-miss-it shot.

The hilarious music video then shows the two relaxing in the hotel room wearing dressing gowns as they tuck into some food, have foot baths, and even share a cheeky nap together.

We love a pregnant girl group!"

Meanwhile, their bandmate Jade Thirlwall goes out on the town with Anne-Marie.

While Perrie and Leigh-Anne indulge in some much needed rest and relaxation, the party girls down shots and enjoy a saucy trip show together.

At one point, Perrie and Leigh-Anne join them via video call, laughing at their pals' drunken antics.

These girls are on another level!"

The video has been well-received by delighted Little Mix fans, with one commenting: "Perrie and Leigh staying at the hotel room is a whole mood 😂 We love a pregnant girl group."

Another agreed: "Just Perrie and Leigh slaying together being pregnant with fancy wardrobe and Jade with Anne-Marie having a big party together.

"These girls are another level"

One more praised: "Our girls really did shoot the music video while being pregnant, they're the most hard-working girls and we should appreciate that."

Leigh-Anne and Perrie announced their pregnancies in May less than one week apart, with their manager also expecting at the same time.

They have often spoken about their delight at being on this journey together, with Jade thrilled to be an "auntie".

The stars are both pregnant with their first baby, and Leigh-Anne is expecting with fiance Andre Gray, and Perrie with boyfriend Alex Oxlade-Chamberlain. 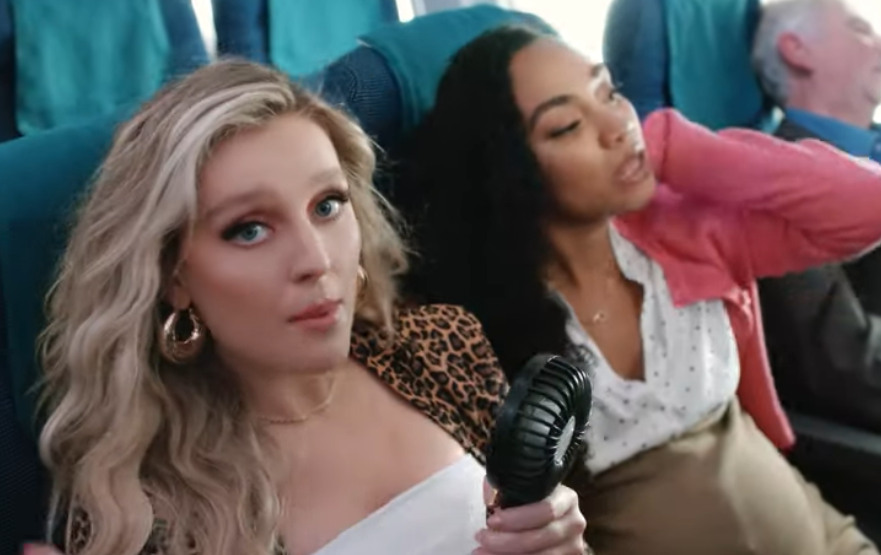 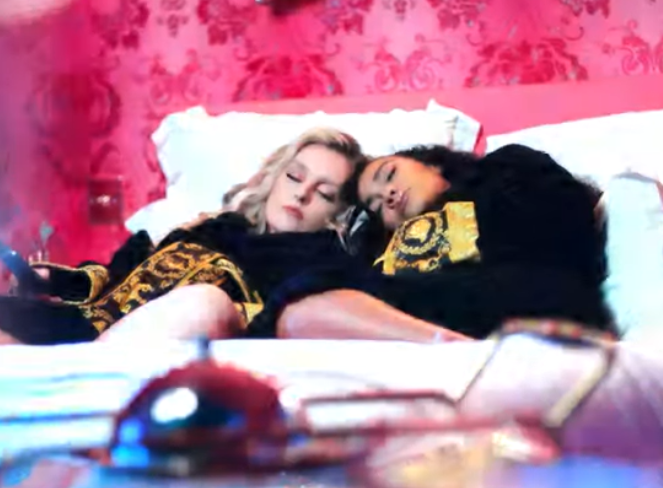