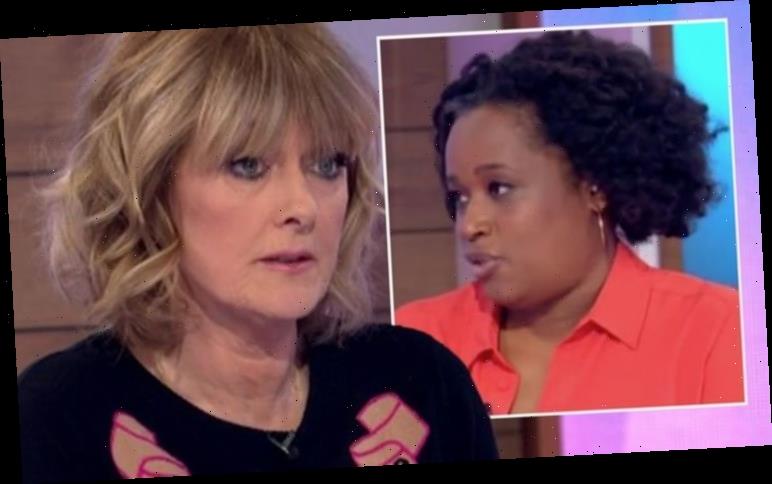 In scenes that aired earlier this week, the Loose Women panel discussed Meghan Markle and Prince Harry’s interview with Oprah Winfrey. This led to Charlene White opening up about her own experience as she told her co-stars she could relate to the Duchess of Sussex’s racism claims. Charlene explained as a black woman, she has been called “aggressive” when discussing race before, to which Jane Moore interrupted and said she has been called “aggressive” too and “it’s something you have to put up with as a woman”.

The main topic of the conversation focussed on Meghan’s revelation that there were “concerns” over the colour of son Archie’s skin.

She told Oprah: “That was relayed to me from Harry, those were conversations the family had with him, and I think it was really hard to be able to see those as compartmentalised conversations.”

Addressing the comment on Monday’s Loose Women, Charlene said she was shocked to hear what was said about Archie.

“What’s interesting is people think talking about race is quite an easy thing for somebody to talk about when you’re a minority,” she began. 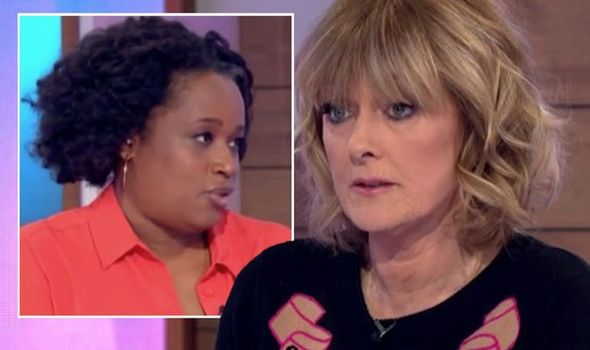 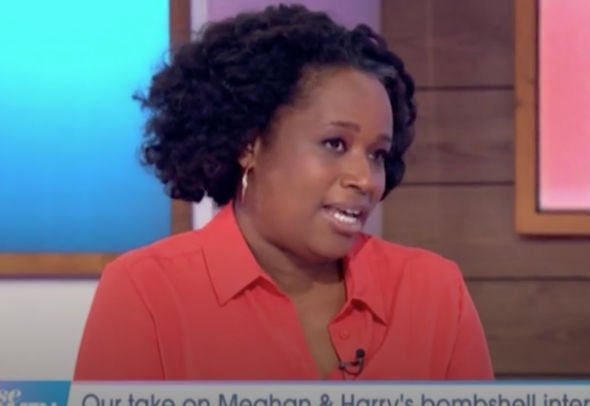 “I know I keep coming back to it but I just don’t think we are very good at talking about race here. I think there has been a lot of disbelief, ‘It can’t be true, it can’t be true.’

“Rather than listening to a lot minorities when they are saying, when they are talking about an aggressive black woman, I have been there, I have experienced that.”

Jane cut in: “I get called aggressive all of the time and I’m not black.” 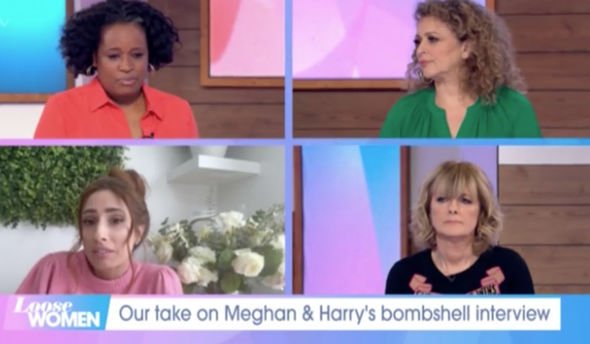 “But Jane, again it’s coming down to me telling you my truth as a black woman and for many black women across the country who have experienced something to then constantly be told, ‘Well that’s not true,’” Charlene hit back.

Jane argued: “I’m not saying it’s not true but women get called, you know, it’s something you have to put up with as a woman.”

“We could sit and take in what a lot of black women are trying to say across the country and have done for generations,” Charlene replied.

“We do! For me, this is a broader discussion but for me this is about a family, a comment made within a family by an elder clearly, from what she’s saying, member of the family,” Jane interrupted.

Following the episode, a spokesperson for Ofcom confirmed to Express.co.uk they received 341 complaints from viewers about the programme.

“We received 240 complaints about Jane Moore’s comments about casual racism,” a spokesperson for the TV watchdog began.

They went on to add they received a further 84 complaints about Charlene White’s presenting during the programme.

At the time, viewers tuning in to the show were quick to comment on the segment, with many slamming Jane Moore for “invalidating” Charlene White’s experience as a black woman.

“This is an absolute car crash. Wtf is Jane doing?? Shut up. When someone is telling you their truth, you listen,” one viewer posted on Twitter.

“Don’t sit there and undermine what someone who has experienced it is telling you. #LooseWomen.”

Another added: “Charlene White has handled the discussion about Meghan & Harry’s interview with such grace, Jane Moore has gone out her way to undermine everything that Charlene has highlighted regarding the issues of racism towards the black community #LooseWomen.”

'The Rental': Who Is the Killer in Dave Franco's Directorial Debut?