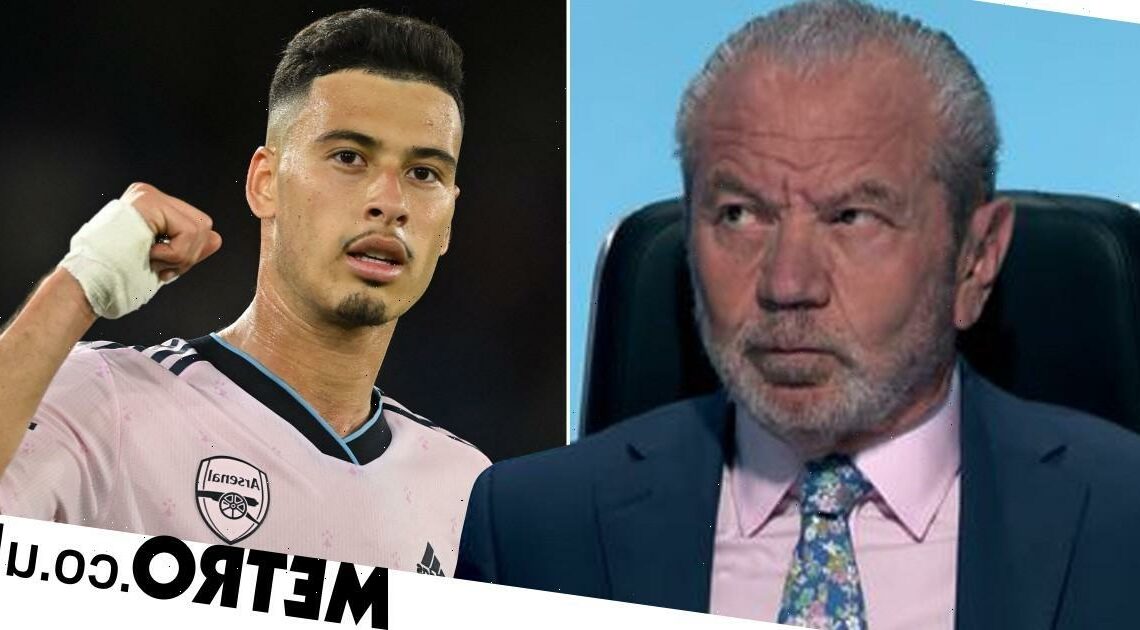 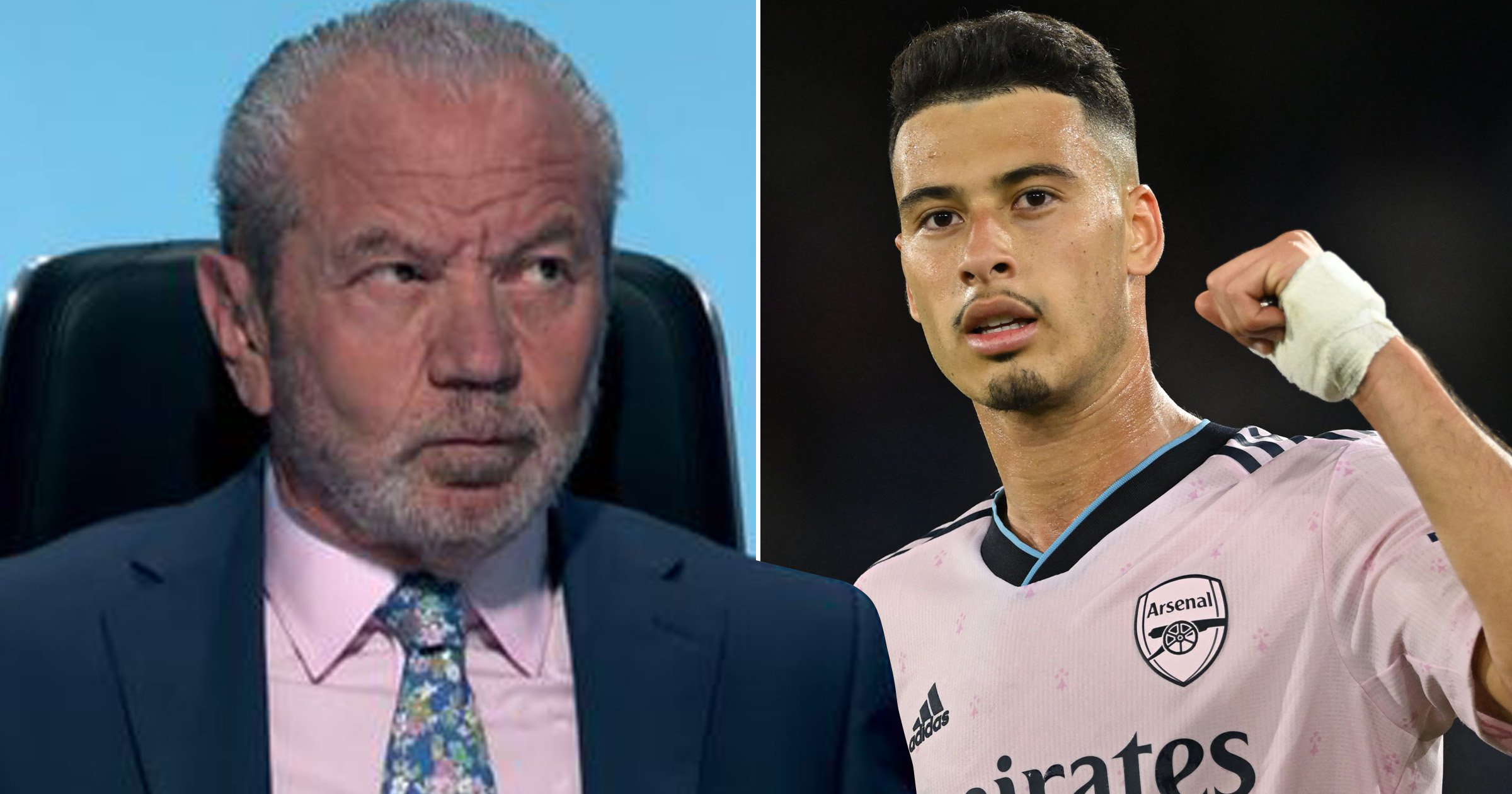 Fans of the Apprentice made sure to troll Lord Alan Sugar after he made a bizarre comment on Arsenal’s pink kit.

The businessman settled in to watch the Gunners take on Crystal Palace at Selhurst Park in the first game of the season earlier this evening, but couldn’t get past the colour of the away kit that Gabriel Jesus, Gabriel Martinelli, Bukayo Saka and co donned for the game.

The north London players stepped foot on the pitch in their light pink strip, looking very snazzy if we say so ourselves.

But it turns out that the 75-year-old wasn’t a fan, and questioned why pink had been chosen for the kits.

‘Pink shirts ! I wonder if @IanWright0 would have played in a pink shirt,’ he tweeted.

‘Should I complain there should me a male commentator in women’s football.’

Despite the post not entirely being accurate, he then claimed that he had made an impact on the commentating decisions when Ian Wright appeared on the team for England’s game against Norway.

‘I was pleased to see my old mate Ian Wright was given the opportunity to commentate on the ladies game last night,’ he later posted.

‘I wonder if my earlier tweet below touched a nerve. Of course BBC sport will say not at all, Ian was already lined up for it @IanWright0.’

Having precisely none of it, the former England ace said in a video: ‘Alan, the thing is, my friend, rather than just say: “I got it wrong, lots of men are working at all levels of the tournament,” you double downed on some complete f**king foolishness.

‘In your mind, you actually thought that after you sent that tweet, the BBC phoned me up. Never mind the fact that we’ve been ready to do this for a year, I’ve been booked for a year.

‘You genuinely think that they called me up and said, “Ian, you’ve got to get back from Germany ASAP, Alan Sugar’s tweeted and we can’t upset him, we need to get you on!”

‘You genuinely believe that happened? I need to know! Because that says to me your ego is totally out of control.

‘Where’s the people around you to hug you bro? You need some hugs man. Coming on Twitter for attention like this, it’s laughable. Stop doing it to yourself.’

‘In all seriousness, I’m glad you’re watching and the only thing you can find fault with doesn’t even exist,’ he added. ‘I hope you enjoy the rest of the tournament. Can you please tweet again so I can work Friday? Please? God bless.’