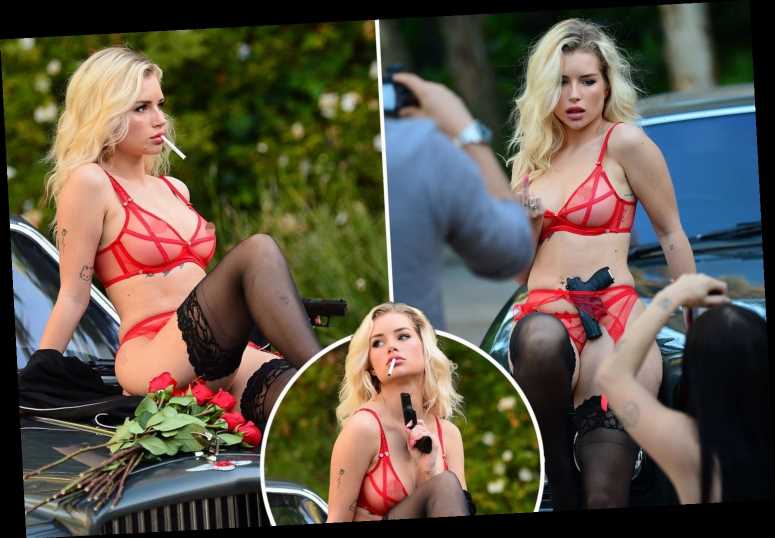 The 23-year-old, who is the younger sister of supermodel Kate Moss, rode atop the car and looking sexy while doing, but the whole time was posing with a handgun. 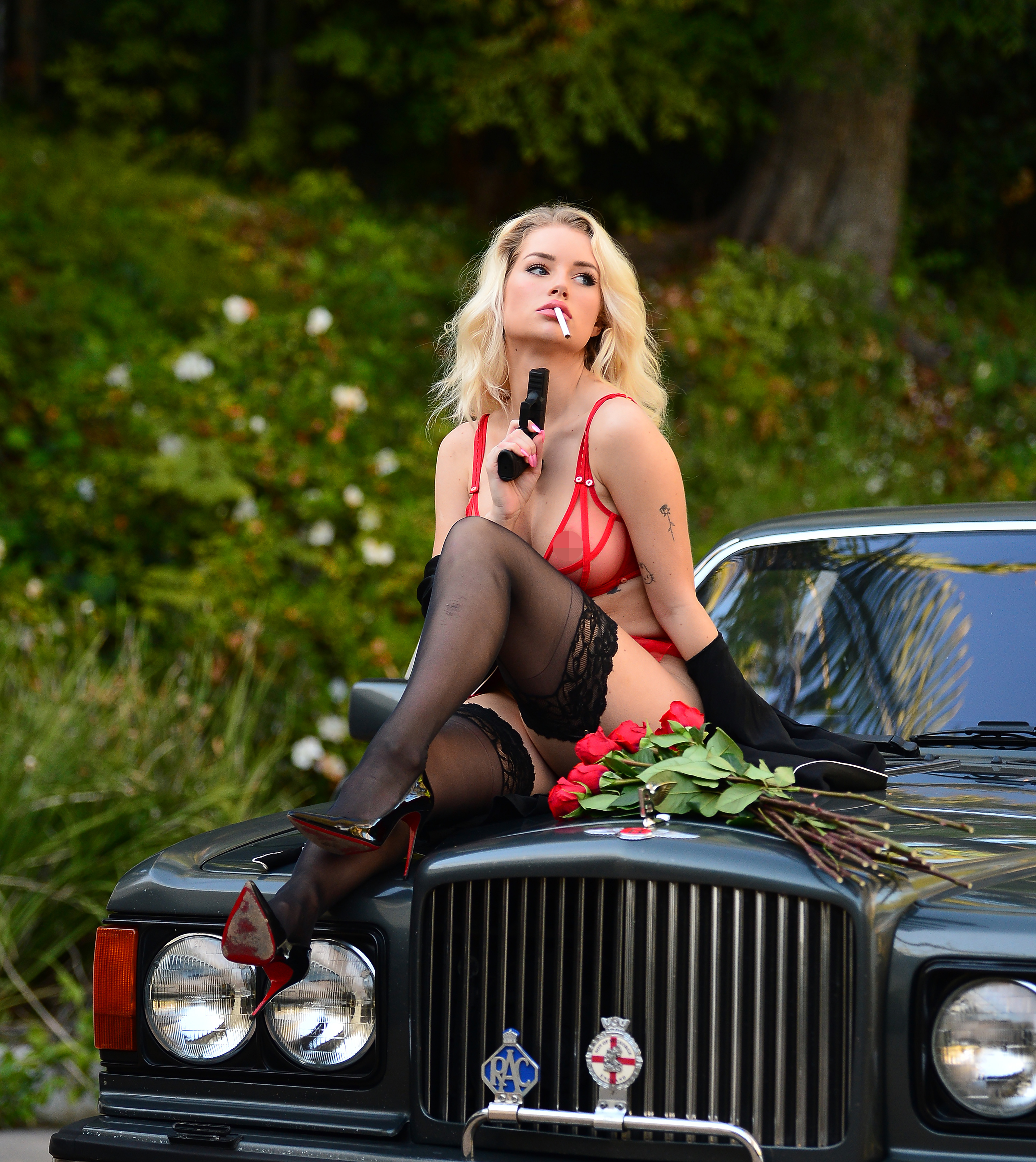 Finishing off the look, Lottie's blonde hair teased up as she teamed the look with long satin black gloves and thigh black stockings.

Lottie posed Charlie's Angels style, holding the gun up in her hands, tucked into her suspenders and even pouting towards it like she was about to give it a kiss.

She posed sexily on the bonnet of the luxury car alongside some roses and also the front passenger seat.

Model Lottie clearly had a license to thrill at the Beverly Hills as she boasted about earning £36,640 just last month alone. 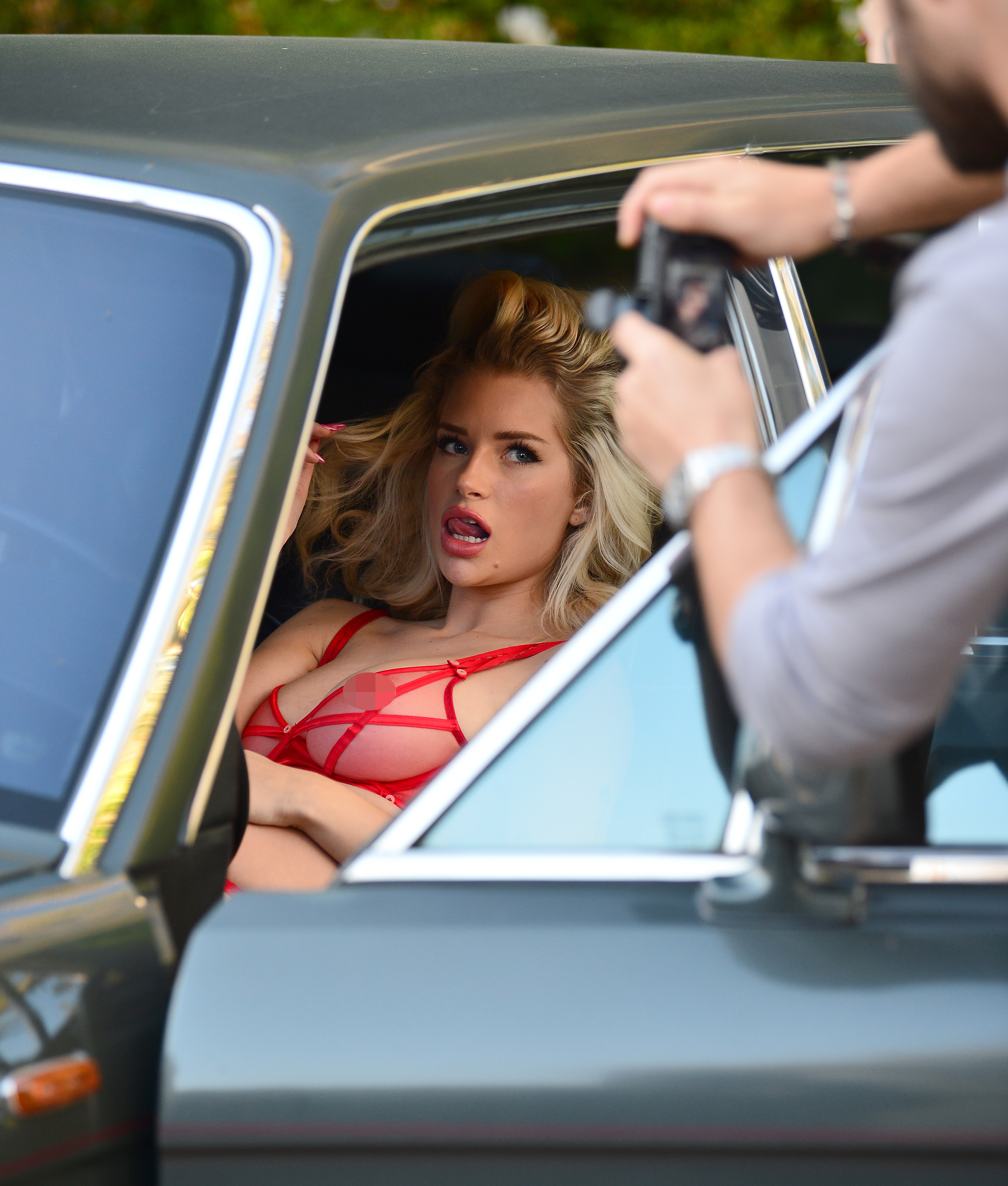 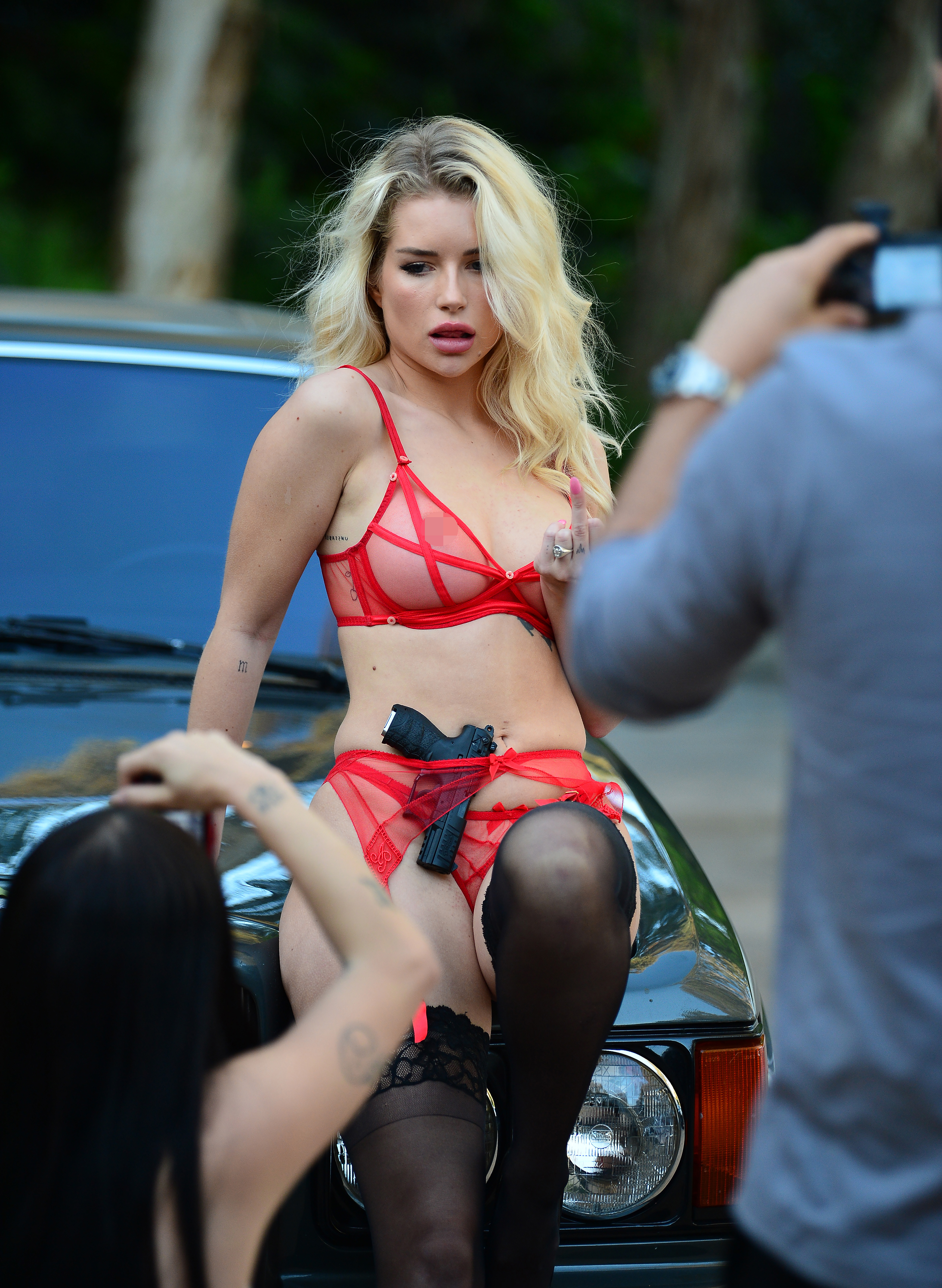 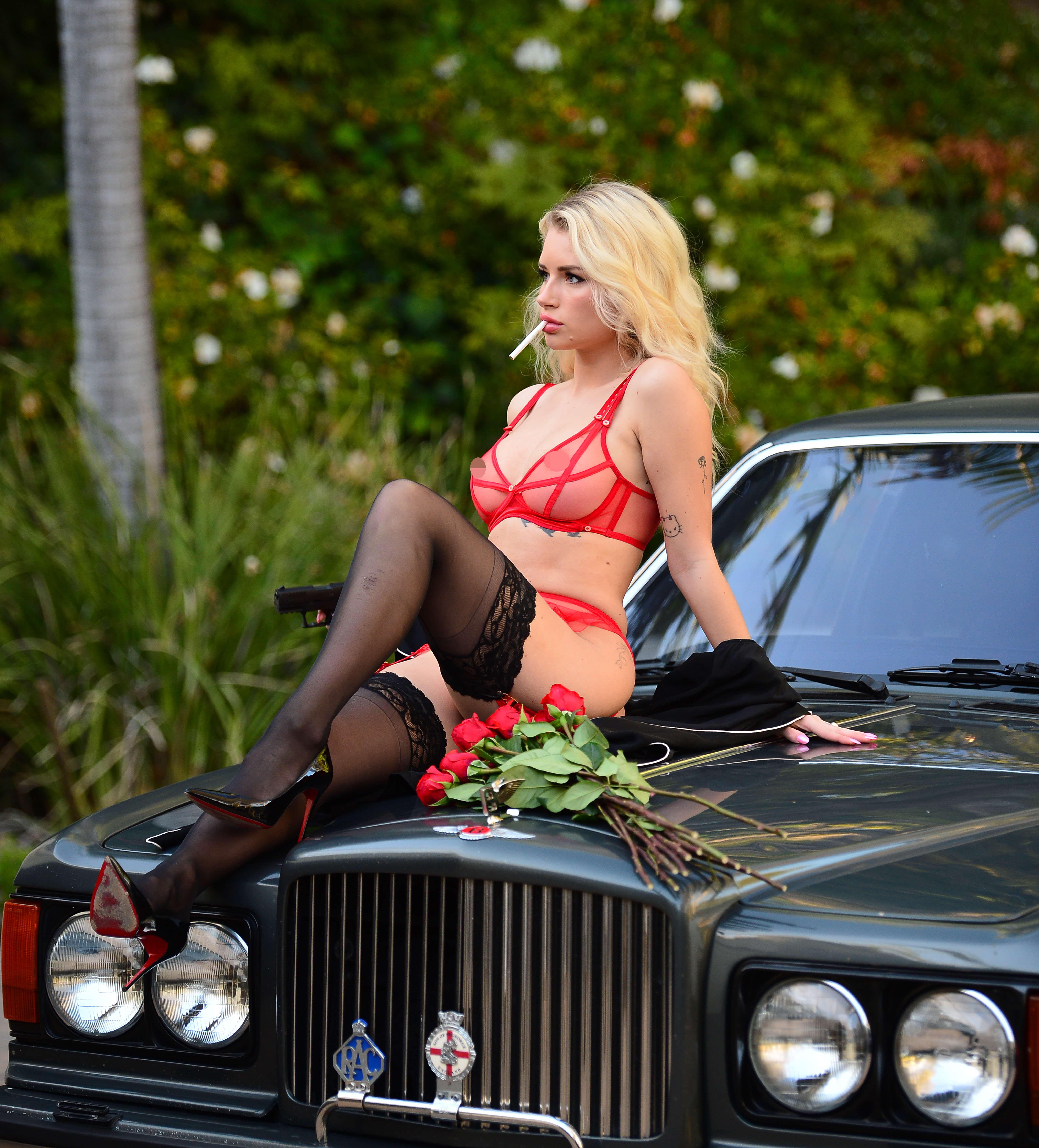 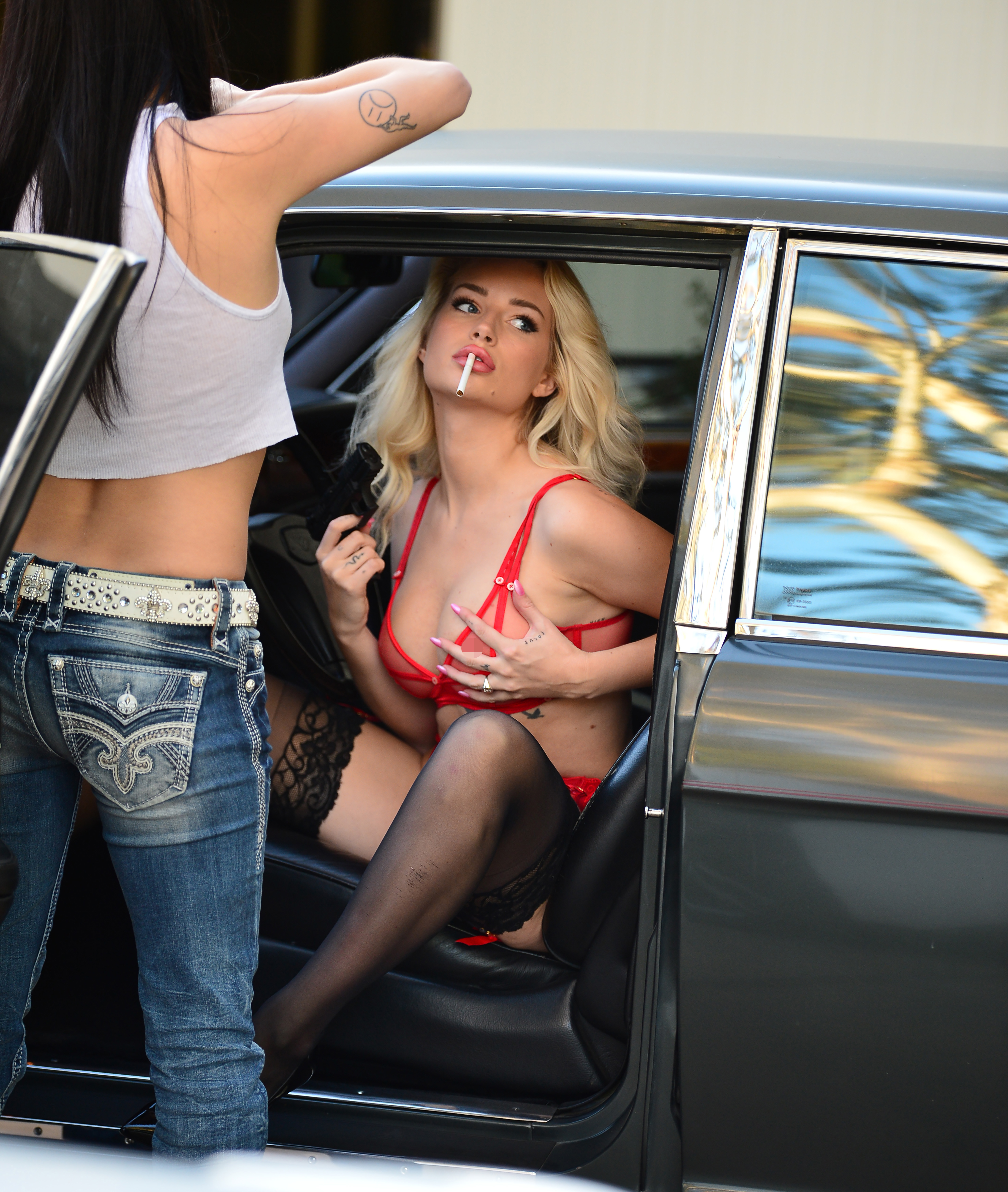 She turned to the high end alternative to OnlyFans – Glow – to sell nude pictures of herself.

"Being able to create and monetize my content independently has allowed me to make a living in a much happier and healthier environment than the commercial modelling industry could ever provide," Lottie said.

"No more stripping nude for free in front of creepy old men at castings, now I get to take the photos I want, when I want, wherever I want."

It comes after The Sun exclusively revealed the influencer was selling her naked pictures for £1,000 a pop. 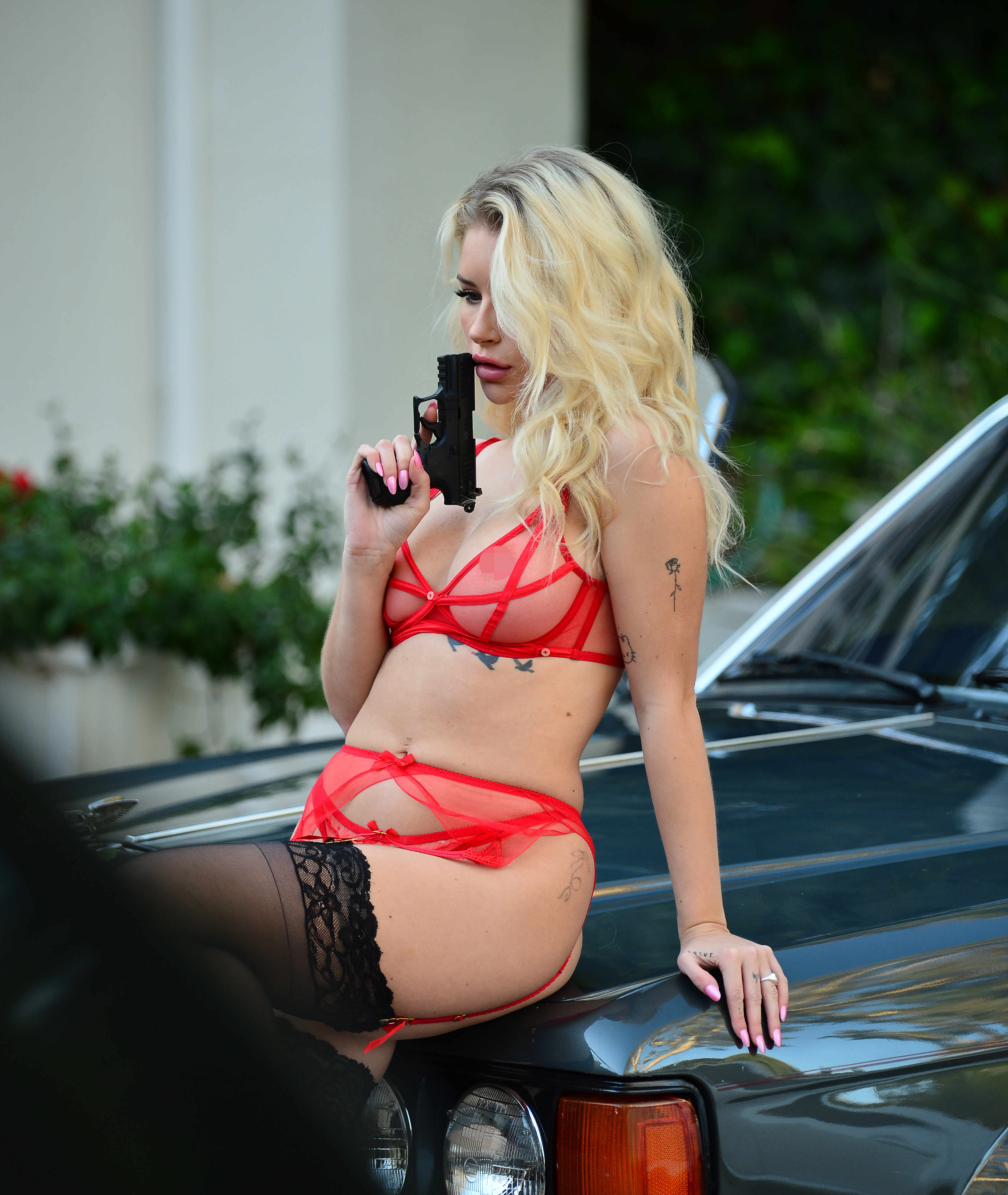 Subscribers to her saucy website are charged £14 a month for access to clips and snaps of the 23-year-old, including topless ones. 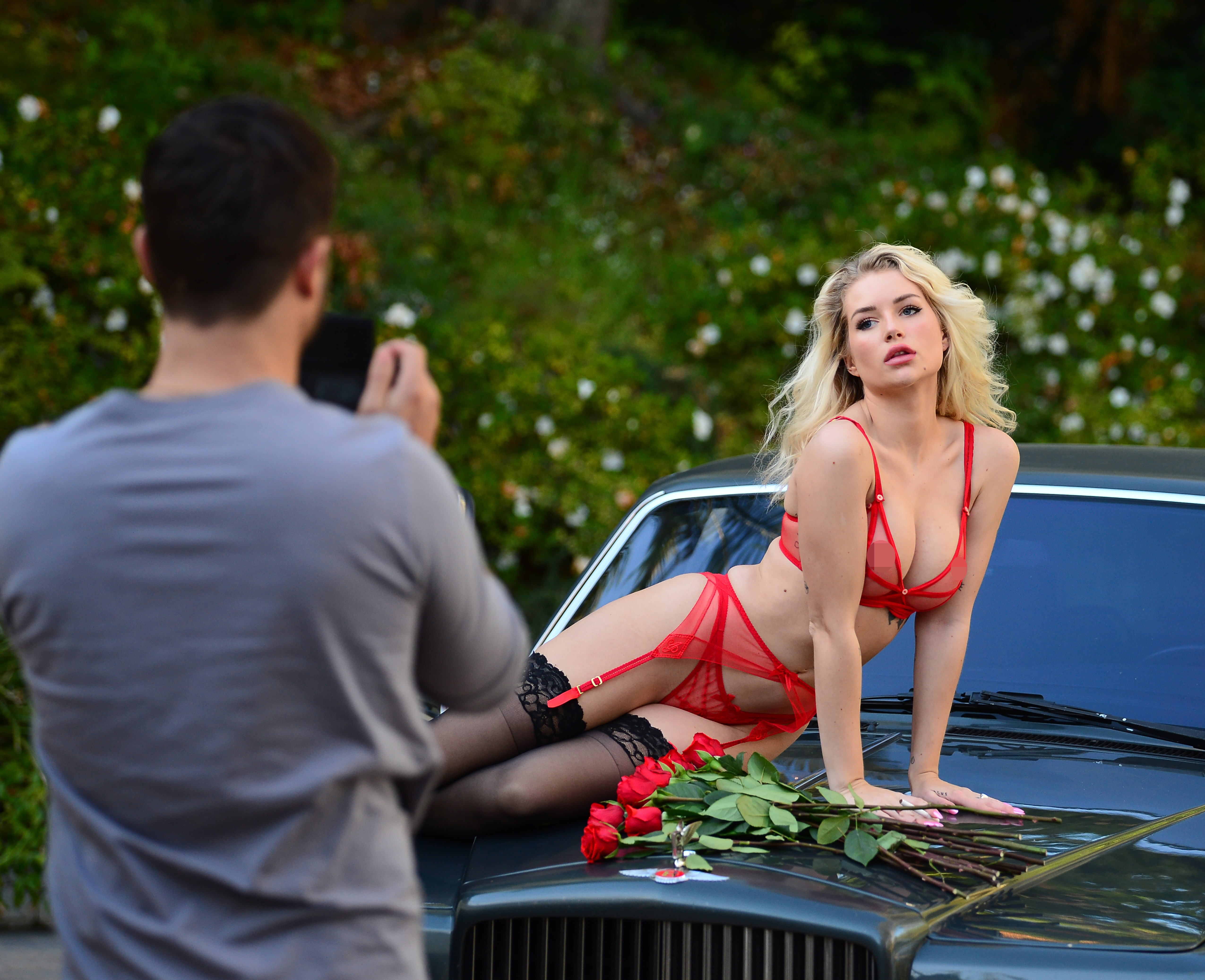 On one picture it says: “Unlock to see my booty, boobs and body all dripping wet and soapy.”

In another, fans are asked: “My boobs are perfect, aren’t they babe?”

In January, Lottie left for a work trip to Mexico, and was snapped partying on a boat and snogging two female pals.

She previously revealed she can be attracted to anyone regardless of gender, saying: “It kind of changes every day.”

Godzilla vs. Kong Is a Battle For the Ages, but Exactly Who Is Victorious?