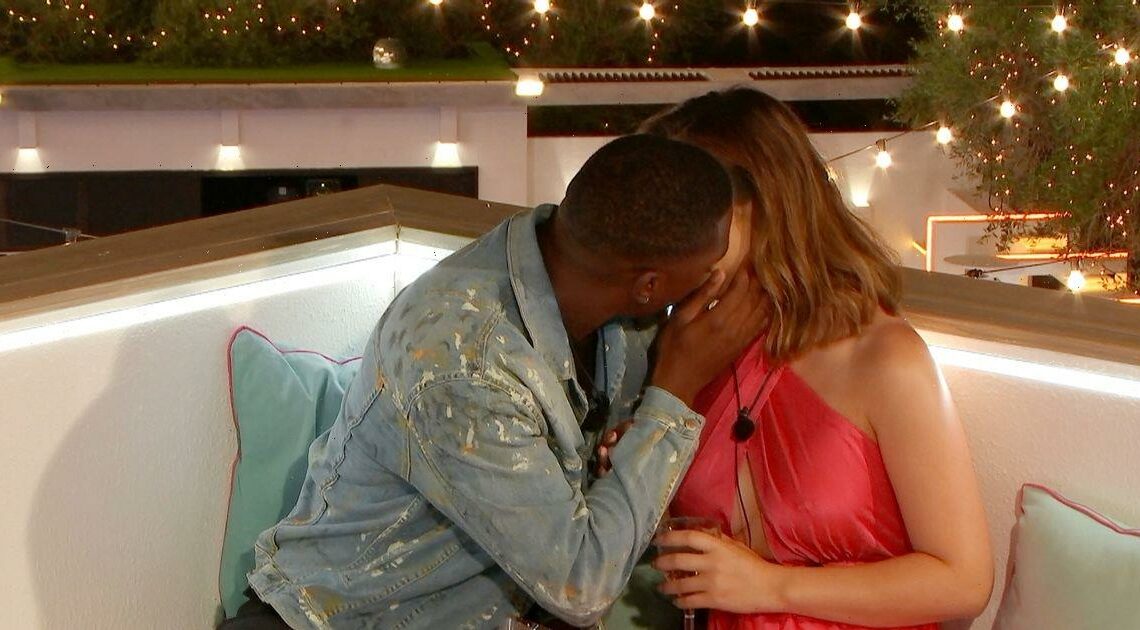 Love Island fans were left scratching their heads on Friday night, as Sharon Gaffka and Aaron Francis got cosy under the covers – despite him brutally ditching her just days before.

Aaron had told Sharon there were too many "red flags" in their relationship after she was involved in a blistering row with Hugo Hammond.

And Sharon's uncertainty about having kids and starting a family also suggested she wasn't the right gal for Aaron, as he said he prefers more "chilled out" girls.

In Thursday night's Line of Booty challenge, Sharon even refused to treat Aaron to a snog after feeling around for a mystery object in his trunks.

And fans were completely baffled as they spotted the duo getting closer under the duvet while sharing a bed together on Friday. "Why is Sharon lying like that on Aaron?" one fan wondered on social media, as another followed up: "Ermmm what are Sharon and Aaron doing?!"

And someone else echoed: "Are Sharon and Aaron back together? WTF??"

"Confused as to why Sharon is cuddled up to Aaron when he kicked her to the curb?" a fourth fan added.

And another giggled as they combined the couple's names together: "If Sharon and Aaron do get together we can call them Sharon."

Later in the episode, Sharon explained to Liberty: "I dunno what's going on in my bed any more. All I could feel was his d*** digging into me all night!"

Liberty wondered if Aaron could be using Sharon as a "safety net" – but Sharon didn't think so.

During their initial spat, Aaron told Sharon: "I didn't like the way you reacted yesterday. Usually the people that I date handle things a lot different."

"From my perspective, you weren't in the conversation, so when I was talking to him I wasn't yelling," Sharon replied – but Aaron told her candidly that there were "red flags" in their coupling and he "doesn't want to continue it".

"It's got nothing to do with the girls," he insisted as Sharon branded the move "unfair".

"I've gotta think about the kids situation. The person I'm gonna be with they need to love kids and want to start a family," Aaron told her.

"I think it's a bit unfair to turn around and say that it's done," Sharon said, clearly upset.

Love Island airs its Unseen Bits at 9pm on ITV2 on Saturday.