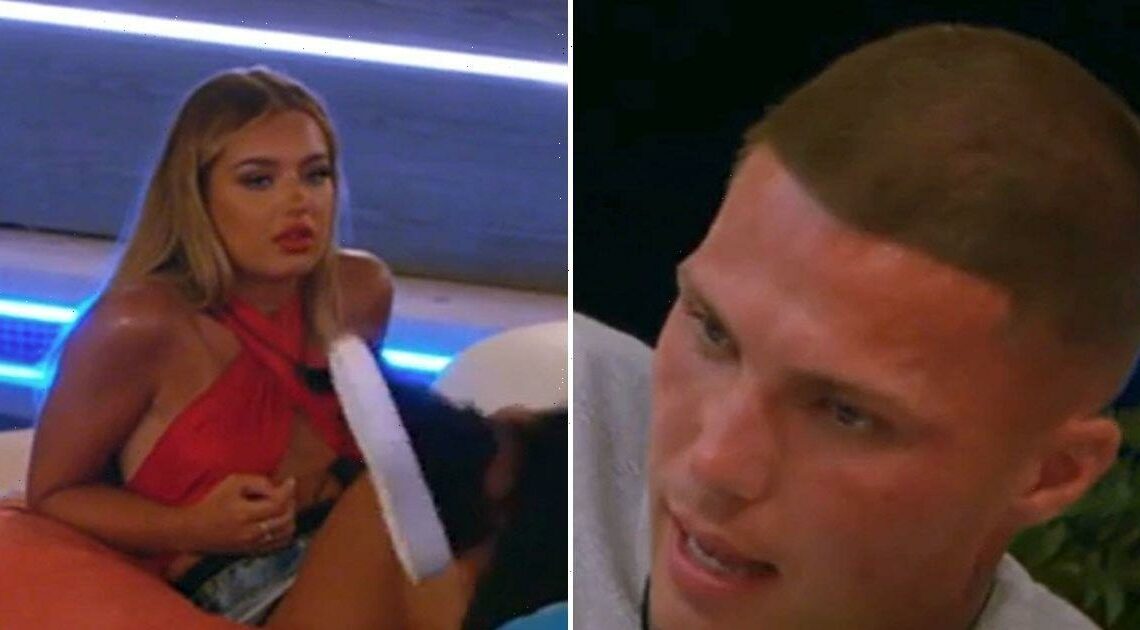 However, that hasn’t stopped Aaron from getting in the way of their romance.

During Sunday night’s episode, Lucinda told Chloe that she liked both Aaron and Danny but didn’t know which one to go for.

Lucinda may have only been on the show for less than two weeks but she has certainly kept the boys on their toes.

She was first partnered up with Brad McClelland, however, they were voted as the ‘least compatible couple’ in the villa by the public last week.

It saw both of them have to decide who had to leave the villa, and nobly Brad decided to pick himself – leaving Lucinda to get more experience on the show.

But it wasn’t long after Brad was dumped from the villa that she caught Aaron’s eye and the pair started getting to know one another.

However, that was when the new bombshell Danny walked in and got between the couple.

As soon as Aaron and Lucinda got to know one another, Danny couldn’t hide the fact that the pair were getting close.

In the garden, Danny pulled Lucinda for a chat to let her know how he was feeling, he said: “I don’t want to invest my time if you’re not feeling it, I’ll crack on elsewhere.

“My worst fear is you just mugging me off because I’ve got a lot of pride.

“I feel like if someone mugs me off then game on, it’s like the worst thing you can do.”

After their chat, Lucinda went to update Aaron with what had happened, she said: “We had bit of an awkward chat just then, he said his worst fear is that he’s mugged off.

“I have told him I fancy him, I’m just trying to work out what’s going on.”

Yet again, Danny could be seen watching the pair have a conversation, where she added: “He looks fuming.”

It left fans of the show stunned by Danny’s behaviour with some calling them “red flags".

A second said: “Danny is so aggressive and controlling. Giving off a million red flags.”

A third added: “That Danny red flags flying high she needs to run fast in opposite direction.”

While many viewers couldn’t believe how long the pair had known each other, one said: “Danny’s behaviour towards Lucinda is worrying. He hasn’t known the girl 24 hours and he’s already posing threatening and possessive behaviour towards her.”

Another commented: "Danny giving off them red flag vibes by getting so angry and possessive over someone he’s known a hot minute."