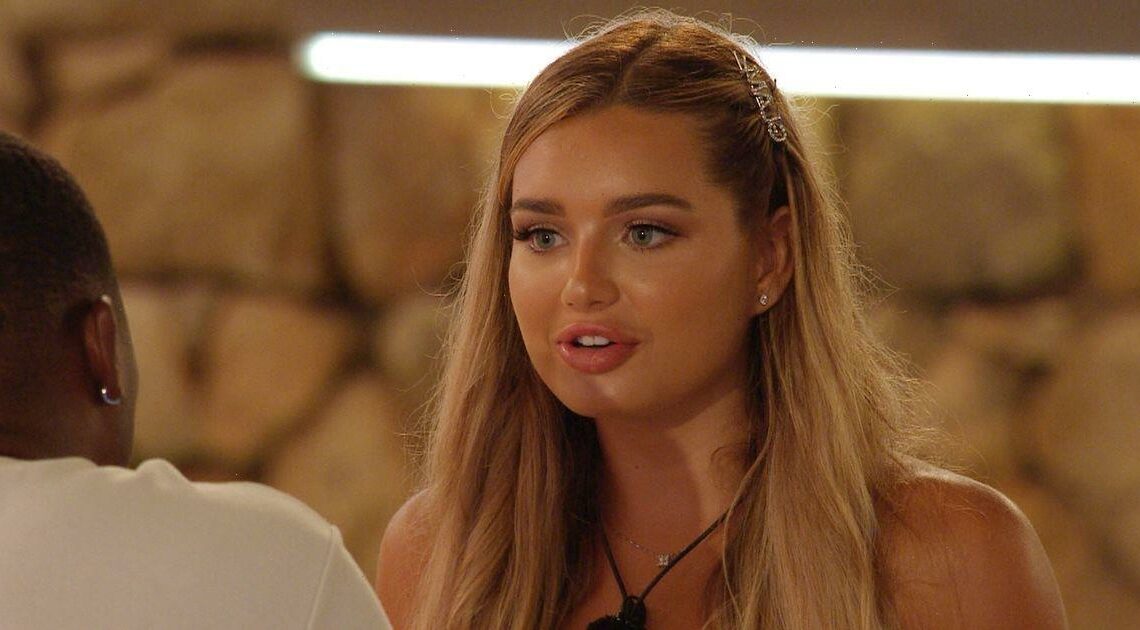 Nothing gets past Love Island viewers, and eagle-eyed fans spotted a potential new couple forming in the background of quite a few scenes in Sunday night's show.

Fans were tweeting wondering what is going on between new girl, the stunning Lucinda Strafford, and Aaron Francis.

Until now it had looked like Lucinda would be coupling up with Brad McClelland, who made it clear he was smitten with the 21-year-old from the moment she walked in.

Aaron has also been in an on-again-off-again couple with Sharon Gaffka, after telling the civil servant he didn't think it would work but then cuddling up in bed with her again.

Now fans are sure Lucinda and Aaron are a sure thing after they spotted the pair in the background chatting repeatedly.

"On Love Island you can see Aaron and Lucinda in the background chatting. I knew she'd jump to him next," predicted one viewer.

Someone else guessed: "I think Aaron has coupled up with Lucinda, I saw the short clip in Love Island Aftersun."

Another tweeted: "Lucinda and Aaron were together in the background a few times tonight… just wonder what will happen if Aaron gets to choose before Brad?" with a thinking face and heart emoji.

This fan approved of the spot of the background action: "Good eye! If Aaron chose her before Brad I would be screaming, because then who would Brad choose?"

When Lucinda arrived in the villa, she picked Aaron as one of her dinner dates and definitely seemed impressed with him after their meal.

Many other viewers are adamant that Lucinda and Brad will be an item, after witnessing how keen the Geordie is on the stunning blonde.

With the boys due to pick who they want in a bombshell re-coupling, there could be a lot of upset if Brad doesn't get to choose first.