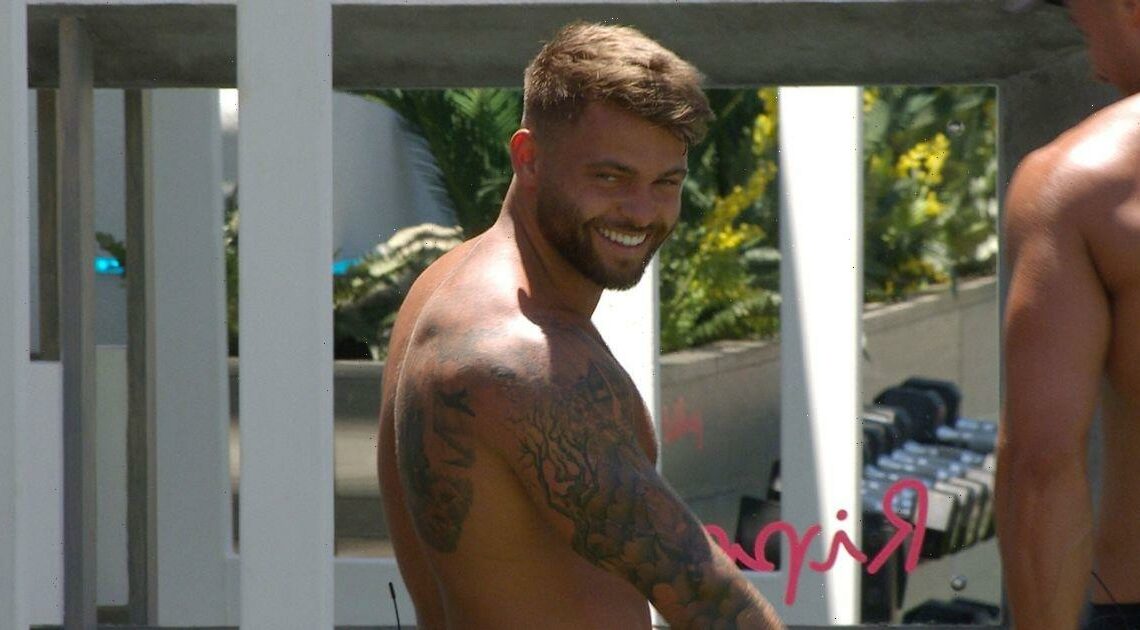 The buff lad, who had already caused commotion after admitting to loving 'little white toes' stunned fans thanks to his large shoulder tattoo.

Over the his left shoulder and down his pack is a giant inking which appears to depict a World War II scene.

In the intricate body art, three children can be seen waving in support to Spitfires flying over ahead.

In the foreground are a number of poppies – thought to symbol Flanders Fields.

The poppy is also the national flower of remembrance.

One viewer tweeted a close up snap of Jake's tattoo alongside the caption: "Would just like to raise awareness of Jake from Love Island’s tattoo."

The tweet quickly went viral and picked up countless retweets and comments.

Replying to the post, one fan wrote: "I'm aware that is one of the worst tatts I've ever seen."

Another added: "Nooooo how am I to unsee this!"

A third mocked: "This may be the worst tattoo i've ever seen".

However, other were impressed by the detailed inking.

"What a guy. Patriotic. Respect," one supporter praised.

A second chimed in: "Gosh. That’s a bold look."

During Wednesday night's show – the third in the series – fans will find out who has been ditched from the villa by Chloe.

After just 48 hours one of the singletons will have been given their marching orders and booted from the show.

Despite only kicking off this week, Love Island is already pulling in millions of viewers.

Across all platforms including the ITV Hub oner 3.3 million of us tuned in to see who was entering the camera-filled villa for the summer.

And while there is no denying the show has been lapped up by supporters, many viewers have been left green with envy that the singletons have been able to get out of the UK.

Despite initial hope for summer holidays the ever changing traffic light system has made foreign travel for the majority of us all but impossible.

According to new research from sleep and wellness brand eve Sleep, 41% of Brits have had their plans to travel abroad with friends and family sadly postponed or cancelled,

Meanwhile, nearly half of Brits are planning a ‘holiday at home’ sleepover with friends and family this summer as a replacement for planned holidays abroad.

Teaming up with On The Beach, the company are encouraging the nation to recreate their holidays at home with the change to win a £1K voucher.