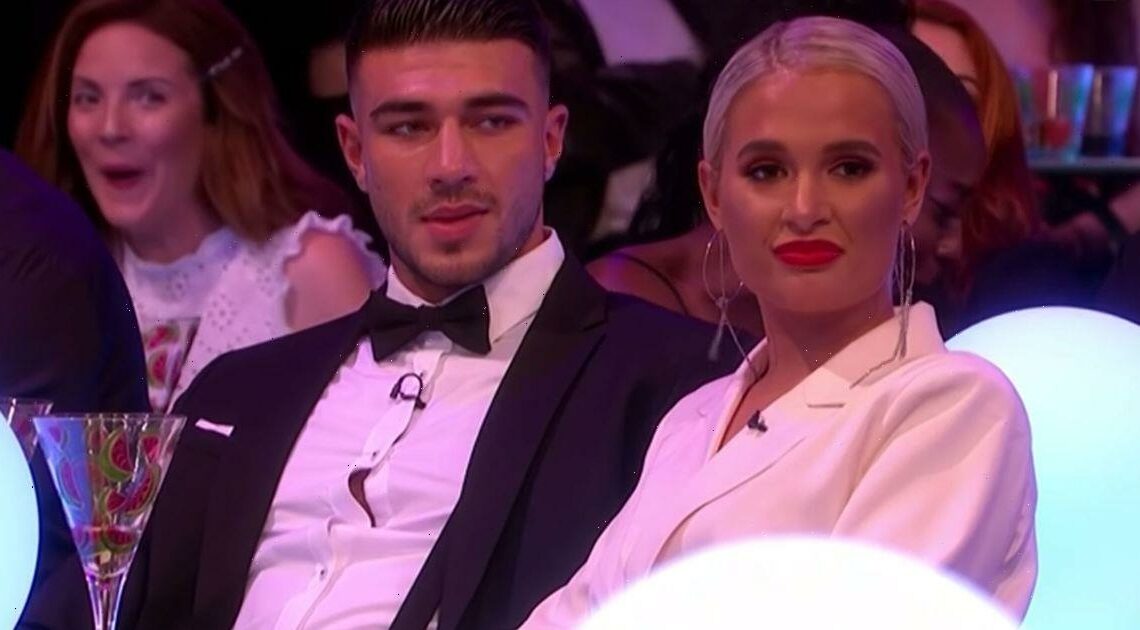 There have been some savage dumpings on Love Island this year to say the least, and it's likely that the islanders will have a few choice words to say to their former partners.

Some of which, have already been said online, but could it be said to their faces as the stars all finally reunite? Viewers will find out on Sunday.

In the past, islanders have said quite a lot to their co-stars' faces, and the reunions have been dramatic – so to celebrate the 2021 reunion, Daily Star Online has picked five of the most cringe scenes to warm you up.

However, to truly fit in the most explosive scenes, you won't just be watching the normal reunion, you'll also get a snippet of the iconic Christmas reunion from 2018, and nothing was more explosive than that.

Lucie and Tommy were an interesting part of the Love Island 2019 series. As fans know, Tommy had eyes for Molly-Mae, and they were pretty firmly set from the moment she walked in – if you take Maura Higgins out of the equation of course – but Lucie also had eyes for Tommy.

She had spilled to the hunk that she had a crush on him, but Tommy shut her down and reaffirmed his feelings for Molly-Mae.

However, upon Lucie's exit, she liked a comment which read: "Tommy's jaw will hit the floor when he sees what he's missed out on. Said it from the beginning she was the most beautiful and natural girl in there."

Caroline Flack questioned her, and Lucie said she didn't read it properly and added "it must have said that at the bottom", as Caroline joked, "those pesky thumbs!"

Prior to the Love Island Reunion, Anton had unfollowed Molly-Mae Hague on Instagram. The pair had a fallout in the villa but it started to look like things were getting better between the two.

However, Anton put a firm stop in their friendship as he unfollowed her on Instagram, which Caroline quizzed him on at the time.

He said: "When we were in there our management followed other accounts. I got home and Molly came up on my Instagram and I'm sure Molly would agree with me we never even spoke in the villa."

Molly responded: "I didn't think you weren't a friend of mine. I'm not going to lie I thought we were friends."

Digging himself a hole, Anton added: "I never chose to follow Molly," as the audience started to yell he stopped and said: "Am I digging a hole?" Before adding that he wouldn't be refollowing the blonde.

Georgia Steel and Sam Bird had a short relationship after Love Island, when they eventually split, Sam accused Georgia of cheating on him – something which he aired out during the Christmas Reunion.

Georgia responded: "First of all I didn't cheat." She told him she went to her ex's house once to get some stuff, which saw Sam claim he's "got proof".

It came after Sam said he had gone through Georgia's phone, but she added: "You're making me out to be a cheater when I'm not."

The pair didn't sort things between them, with Georgia eventually walking away from him.

Cheating claims rocked the pair once more when Ellie said that Charlie had cheated on her, which he stated that didn't.

As a result, Ellie said to him: "You're a liar, you're a compulsive liar. You cheated on me and I loved you to bits."

Eventually their pals walked in to separate the pair and told them to cool off, with their friends reminding them that they're not going to see eye to eye.

Ellie later cried while telling her friends that he is "such a liar", which Charlie actively denied.

This was mere weeks after the Love Island final, with their initial reunion seeing Caroline welcome Georgia and Sam and ask Georgia about her decision to leave the Whatsapp group.

Georgia said: "Oh this Whatsapp group malarkey! So there were two Georgia's in the bloody Whatsapp group wasn't there and Adam removed us didn't he!"

Adam confessed he'd made a mistake and added in the wrong Georgia and removed the wrong one, with Georgia adding: "Obviously I was the one removed from the Whatsapp group because it would be, wouldn't it?

With countless drama coming from the islanders over previous years, we can only guess what the 2021 reunion has in store for us all.