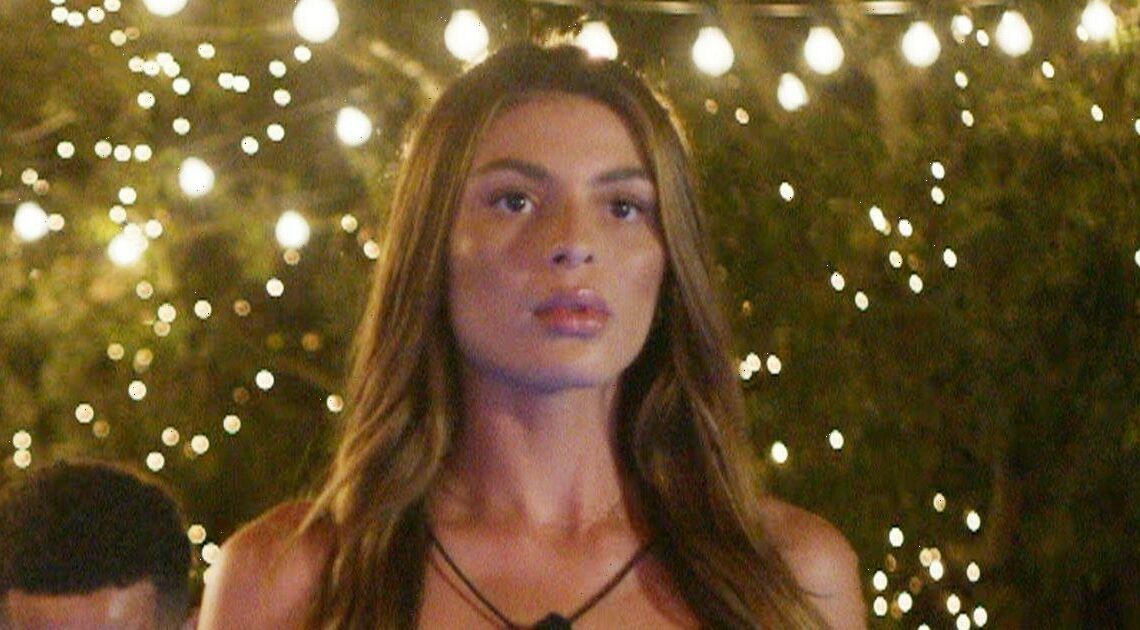 And in a new first look teaser, it sees newcomer Nathalia Campos warn the girls to "watch out" as her eye is on Davide Sanclimenti and Adam Collard.

Nathalia, 23, who is from Brazil and lives in London, says in the explosive video teaser: "I've got my eye on Davide and Adam… the girls better watch out!"

While fellow bombshell Lacey Edwards teases: "I'm a sexy, single, showgirl… ready to turn some heads in the villa!"

And it's not just the girls looking to ruffle some feathers as Jamie Allen warns: "I'm not scared of stepping on anyone's toes… if I want something, I'll go and get it."

While Reece Ford teases: "I definitely think the boys are going to be worried about me!"

During Wednesday's episode, excitement buzzes as the Islanders receive a text inviting them to get ready to host welcome drinks for four new arrivals Jamie, Reece, Lacey and Nathalia.

As the girls discuss the imminent arrival, Indiyah Polack tells her pals: “I don’t think bombshells care about bonds!”

Meanwhile, Davide Sanclimenti tells the boys that him and Ekin-Su Cülcüloğlu are "really strong", but Ekin-Su argues he was "buzzing" when he heard one of the bombshells is called Nathalia.

The four bombshells make their way into the villa as night falls. Dancer Lacey, 25, says upon entering: “I am a sexy, single, show girl ready to turn some heads.” Professional footballer Jamie, 27, comments: “I shoot, I usually score, if I want something, I’ll go and get it.”

Brazilian social media influencer Nathalia, 23, says: “I am going to bring the South American spice into the Villa, I can’t wait to get my flirting game on, the girls better watch out.”

Model Reece, 23, from Coventry adds: “I definitely think the boys are going to be worried about me, I am tall, dark and handsome, what more does a girl want?”

Two contestants are also dumped tonight in a double voting showdown. Summer Botwe, Dami Hope, Danica Taylor and Billy Brown received the fewest public votes and are all at risk of leaving the Island.

The boys must pick which girl they want to save, while the ladies must choose which boy.

Love Island continues every night at 9pm on ITV2 and ITV Hub. Episodes are available the following morning on BritBox