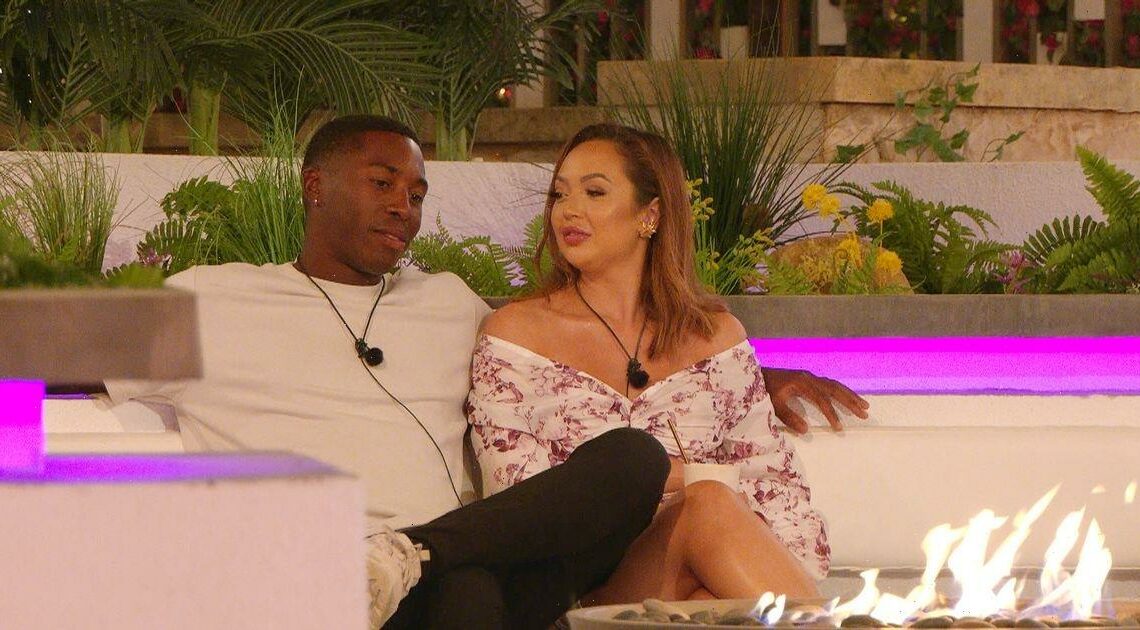 Love Island’sAaron Francis is set to make a decision over whether he wants to proceed in a couple with Sharon Gaffka following the villa bust-up.

Sharon, 25, was left feeling personally offended and angry after Hugo Hammond, 24, repeatedly said he didn’t like “fake” girls during the challenge which aired on Tuesday.

Sparks flew as Faye Winter, 26, also felt incredibly riled up by the islander’s comments and the pair couldn’t contain their anger.

Chats were had and Hugo cried as he felt he’d “let down” his friend.

At the time, the boys didn’t get too involved with the drama, but tonight’s episode sees Aaron face some hard truths about his budding relationship with Sharon.

Having expressed to the other lads he didn’t like the way Sharon handled the situation, Aaron calls the brunette beauty for a chat at the fire pit.

“I wanted to chat to you yesterday,” he explains, admitting he’d put it off.

“After yesterday, I didn’t really like the way you reacted to everything.”

Puzzled why Aaron has a problem when he wasn’t present for her and Hugo’s discussion, Sharon insists she didn’t go too far.

“From my perspective, you weren’t in the conversation,” Sharon says simply. “So when I was talking to him I wasn’t yelling.”

But it’s not enough to shift the luxury events host’s fears about their differences.

“Personally, I do prefer someone a lot more chilled,” Aaron admits, wondering whether they can move forward.

“We get on really well, that’s pretty clear. But I do feel like there were a few red flags about. Can I see this working long-term? I’m not really sure."

Aaron then tells Sharon, whom he was immediately attracted to and pursued following his coupling with Chloe Burrows, that he was turned off by her reaction to the game .

“I didn’t want to continue it,” he says, and Sharon is left to press him over whether that’s still the case.

If Aaron is ready to call time on his coupling with Sharon, will he set his sights on newcomers Lucinda or Millie instead? Or perhaps he and Rachel Finni will get a chance after things with Brad start to fizzle out.

Love Island continues tonight at 10pm on ITV2 and ITV Hub. Episodes are available the following morning on BritBox