”I’m just hoping we get to Season 47, and all 46 previous protagonists are somehow involved,“ creator Sam Boyd tells theWrap 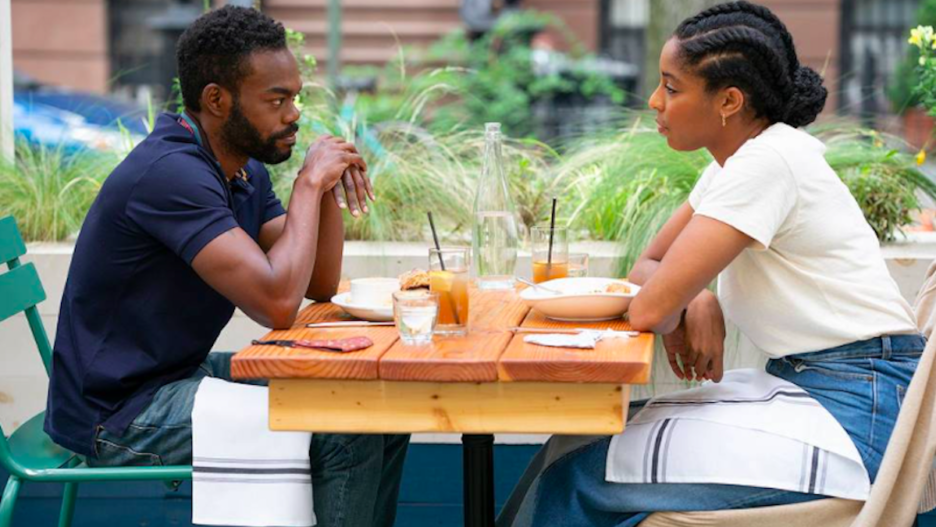 The second season of HBO Max’s “Love Life” ended with Marcus Watkins (William Jackson Harper) and Mia Hines (Jessica Williams) as married parents to a new baby named Audrey. The couple spends Episode 10 juggling the little girl, Marcus’ new career as an author and Mia’s drawn-out decision to leave her job, all while working to keep themselves in the same level of bliss they hit when they finally got together in Episode 9.

This choice to make a finale, titled “Epilogue,” that dealt with the realities of the season-long will-they-won’t-they couple’s day-to-day life was one that “Love Life” Season 2 showrunners Sam Boyd, Bridget Bedard and Rachelle Williams felt had been “earned” after nine episodes of complication and heartache.

“That couple went through so many ups and downs, that I think we owe it to the audience to let them see them live a little bit. It definitely could have ended at Episode 9 — but then it’s like, well, then what happened?” Williams, who joined “Love Life” as co-showrunner for Season 2, told TheWrap in a joint interview with Boyd (who created the series) and Bedard. “Does anything come back? Do any issues come back? How does it really work? And I love that we show the inner workings of their careers and their relationship just over a little bit more time. I think that’s earned.” 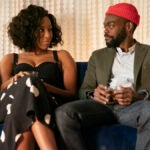 See below for more from TheWrap’s interview with the “Love Life” Season 2 showrunners about the final batch of Marcus episodes, which launched Thursday on HBO Max, and what their plans would be for incorporating Marcus and Anna Kendrick’s Darby into potential future seasons of the comedy anthology series.

TheWrap: The ninth episode of “Love Life” Season 2, titled “Marcus Watkins,” deals with Marcus’ time spent in lockdown in the show’s universe due to the real-life COVID-19 pandemic, and his reaction to the resurgence of Black Lives Matter protests against police brutality that happened in the summer of 2020. How did you decide if and how you would address both of these topics in the show, in the same episode, this close to the end of Marcus’ journey?

Sam Boyd: As far as the pandemic itself, the show has always been so specific about time. And obviously, no one really saw 2020 coming. I even remember with Season 1, the Season 1 finale ends with New Year’s 2020, just because we shot at like Christmas 2020, a week before it was supposed to take place. And obviously, no idea what was coming for the world. Then I remember seeing people online being like, “Oh my God, if they only knew! They’re all celebrating 2020!” So we had kind of already positioned the show in this very specific timeline. And I think it’s fun for us to kind of play with, as we’re jumping back and forth and starting Marcus’ story at a certain point in Darby’s timeline, and showing this kind of shared universe, it felt like it would probably be weird not to address it. So I think that was something from the beginning that we talked about and just wanting it to feel like slice of life, but also, trying to use it as a way to have this character face himself and strip back everybody else’s ideas about him, so that he can kind of just face himself.

Rachelle Williams: And if we do the pandemic, OK, then what else happened in 2020? It’s an unavoidable topic, because it was a really crazy, wild summer in New York when that was going on, and it definitely affected everyone. Just to see how that affected Marcus, who is changing and also coming off this phone call from an ex, I think that all of that tied together really nicely. Because it wasn’t avoidable, just like the pandemic wasn’t avoidable.

Bridget Bedard: We always sort of knew we would do a pandemic episode near the end because it kind of gives the character this forced period of reflection… Obviously, in the timeline, it’s near the end of the season anyway. But it gave us the moment in time where this character could kind of take stock. If you break it down, there’s the pandemic going on, and it’s been hard for everyone, but people with young children and people who are single [are having] very specific experiences. And so I think we wanted to capture that. Just the minutia of what it felt like to be alone and trapped and unable to make a connection. But just dramatically for the character, there’s like three big milestones for him that it takes him the previous eight episodes to get to. One is to break up with somebody without having to go through some kind of sideways process; he’s just direct with her and he goes about it pretty quickly. And then he stands up to Mia and says what he feels he deserves. And the third thing is a similar thing with his boss. So it’s kind of like everything coming to a head for the season that allows that letting out of breath in Episode 10. So I think the pandemic just provided kind of a perfect dramatic landscape or canvas, I should say, to tell that story.

Episode 9 ends with Marcus and Mia back together and embarking on what appears to be a bright future as a real couple. Why did you decide to title Episode 10 “Epilogue” and take us beyond that moment in a way that you’ve labeled as separate from the rest of the story?

SB: That was something we talked about, also from the beginning. I think we’re always looking for ways to try to subvert expectations. Especially with romantic comedy, where it’s a genre that has such defined kind of tropes and structures. I don’t know, it felt interesting to us to kind of have the romantic comedy ending, quote-unquote, get it out of the way in the second-to-last episode and then be able to kind of just see them living and negotiating the kind of trials and tribulations of everyday life. I think a theme that emerged that we talked about a lot was just the idea of how much work it takes even once you find the right person and you are together and you have a family. And as these kind of added elements of your life gets bigger and bigger together, how that gets more complicated. How you can continue to learn to live with each other and navigate that together.

BB: We’re obviously a very kind of optimistic show, even though there’s a lot of longing and pining and tears along the way. And so I think we really embrace a happy ending, but we wanted to do it in a way that feels more real. What’s a real happy ending look like? It’s not really a happily ever after. It’s like another milestone. It gets easier, but there will be more challenges. And we wanted to do something different than last season. It was so hard last season to show in one episode why Grant is the perfect person for Darby. So we just have this really beautiful, I think, elegant part at the end where they meet. And we were really hopefully, as opposed to saying exactly what happened afterwards. This season, we have the luxury of having seen them in like five or six episodes together, so we know we have that scaffolding already built. We didn’t have to prove why they were right for each other and we could just see them living their lives. That’s something we thought would be an interesting, fun, different way to end the season.

RW: That couple went through so many ups and downs, that I think we owe it to the audience to let them see them live a little bit. It definitely could have ended at Episode 9 — but then it’s like, well, then what happened? Does anything come back? Do any issues come back? How does it really work? And I love that we show the inner workings of their careers and their relationship just over a little bit more time. I think that’s earned.

With Darby popping up every now and then in Season 2, having inadvertently been the reason that Marcus and Mia met in the first place at her wedding to Magnus, can we expect to see both her and Marcus appearing in a third season — or more — of “Love Life”? (As of time of publication, the anthology has not yet been renewed for Season 3 at HBO Max.)

SB: I’m just hoping we get to Season 47, and all 46 previous protagonists are somehow involved. We’ve often joked that every future protagonist will have been a guest at Darby and Magnus’ wedding. But we’re very much taking it one step at a time. And especially just the collaborative way in which we make this show, so much of it is just taking it season by season and wanting to tell the best story that we can every time we do it and kind of figuring it out from there. So if we’re lucky enough to do more, I don’t know if Rochelle or Bridget, if you have other ideas or anything you want to add to this — but it’s a bridge that we’ll cross when we get to it.

BB: I would say our North Star is always reality and authenticity. So if it makes sense, we’ll continue to braid the stories together and if not, we’ll try something new. But the idea was always to have a shared universe from season to season.

RW: I love the handoff from Season 1 to Season 2. That first scene is great. It feels like that could continue. Like we may see Marcus in Season 3. And then I don’t know. I mean, it does get crazy trying to carry it on.

SB: I think Rachelle is right. Making it more like a relay race makes sense to me.

Who Won't 'Survive'? ‘Grey’s’ Fans Are Freaking Out Over Possible Death