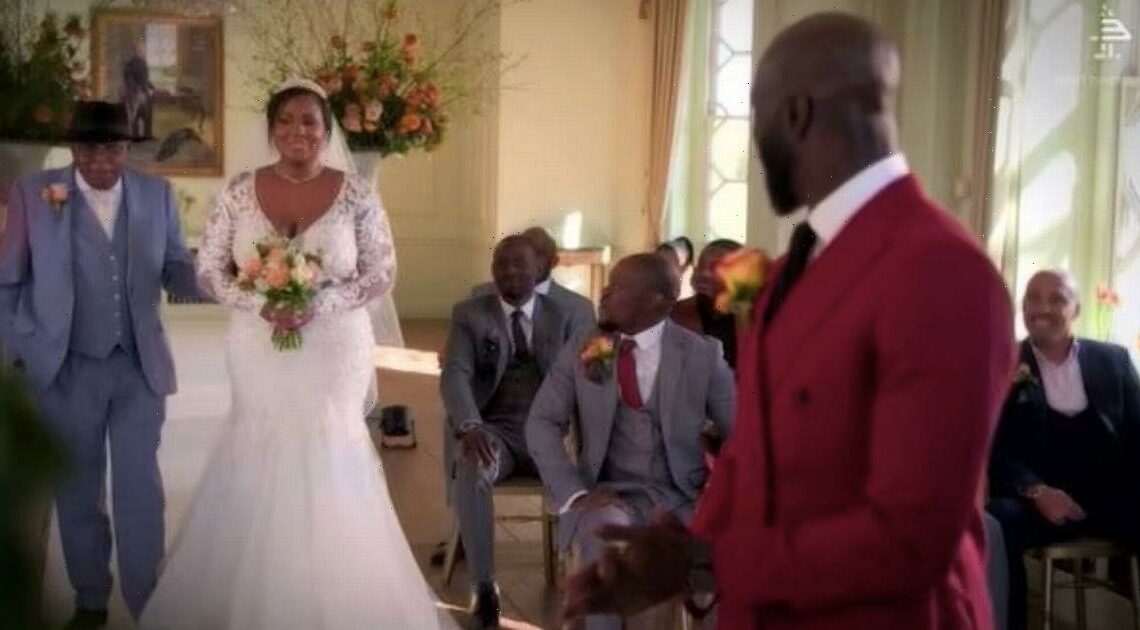 Married At First Sight UK fans have blasted "fatphobic" comments made by one of the stars about his bride.

This week has seen the hit series return and at each of the weddings, this year's couples have come face to face for the first time after being matched up by experts.

While we're just four shows in, this season has already brought controversy after many fans threatened to call Ofcom over scenes aired in the first episode.

Viewers were appalled by Whitney's "disrespectful" behaviour towards Duka after she confessed he wasn't the man she was expecting at the altar, and compared him to a shed when she had "asked for a brick house".

And it seems there is plenty of drama to come, with a preview for the upcoming episode on Monday giving a sneak peak at what happens after singletons Kwame, 42, and Kasia, 36, tie the knot.

Kwame is seen in a red blazer with Kasia wearing a lacy white dress as they meet at the altar.

During the short clip, business owner Kwame is heard saying: "More often than not, I go for someone more petite" as a voiceover teases that the groom's doubts lead to "a frosty first night of marriage."

MAFS fans expressed their disapproval on Twitter, with one writing: "So we've got a lovely bit of fat shaming to look forward to in the next episode."

Another tweeted: "Already don't like the guy who's complaining that she's not 'petite'."

A third said: "The fatphobia that always pops up on these shows makes me want to nuke the whole planet. Why are men like this i hate you".

Kwame, who won Mr Ghana in 2000, said before the series that he's not just looking for "a match" on MAFS UK.

Meanwhile, Mum-of-two Kasia, who owns a body contouring clinic, spoke out about deciding to focus on herself now her children are older and looking to meet someone she can settle down with forever.

She said: "I’m successful in a lot of other areas in my life and I’ve been through a lot, but the one area that I’m not successful in is my love life."

The clip also shows the new couple checking into their hotel, as Kasia is heard saying: "Intimacy is really important to me."

Kwame then appears to suggest they sleep separately, adding "I'll take this one" as he nods towards a giant four-poster bed.