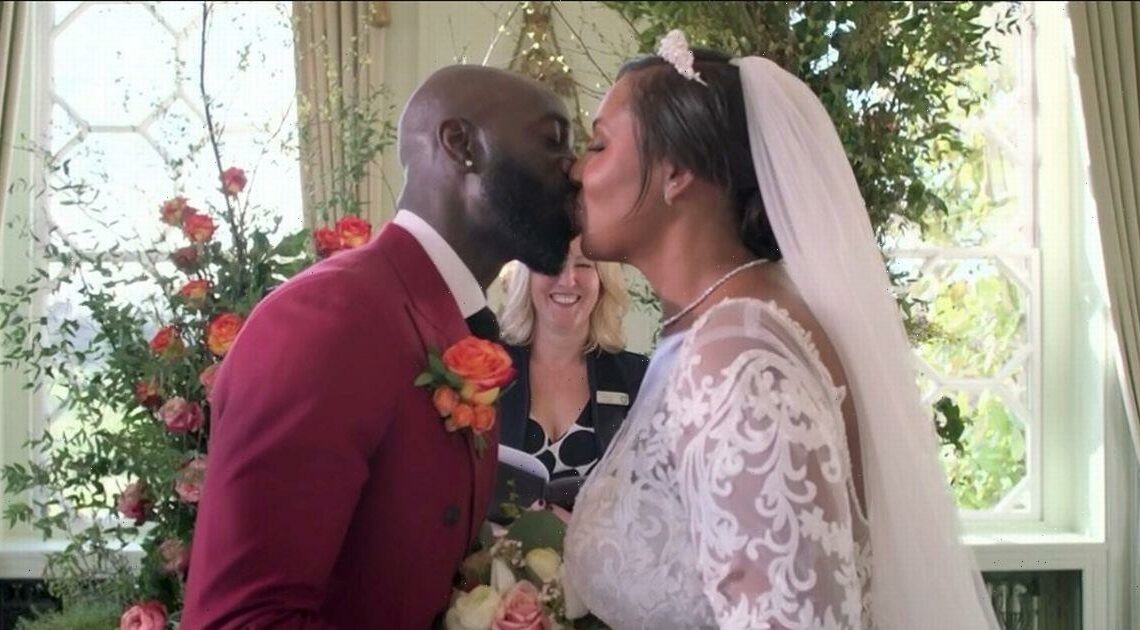 Married at First Sight UK fans were fuming after a husband made a "fatphobic" comment.

It was clear that the pair, business consultant Kwame, 42, and businesswoman Kasia, 36, had good initial chemistry, but that was shattered when Kwame made a distasteful remark about his new bride, reports The Sun.

“More often than not I go for someone more petite," he said during a voice-over segment.

“Already don’t like the guy who’s complaining that she’s not 'petite' #MAFSUK," one tweeted.

"The fatphobia that always pops up on these shows makes me want to nuke the whole planet. Why are men like this. I hate it #MAFSUK," another wrote.

In another awkward moment, Kwame clearly rejected Kasia's advances and Kasia's friends grilled her new husband in a bid to get to know him better.

At one point, Kasia's brother told Kwame to "respect her heart".

During another point, Kwame told his other half that she was "just 70% of what he wanted".

Prior to tying the knot, Kasia broke down as she revealed to her family that she was getting married to a complete stranger on the hit Channel 4 reality show.

The brunette beauty sat down with her brother and her grandfather to break the big news to the pair, but she got all choked up when it came to giving the important speech as she broke the news.

She exclaimed that she was an "idiot" as she cried her eyes out to her relatives as she revealed her part in the marriage.

It was more positive for Zoe and Jenna, Married at First Sight's first-ever lesbian couple, with Zoe describing her other half as the "perfect stranger".

They both looked delighted as they declared "I do".