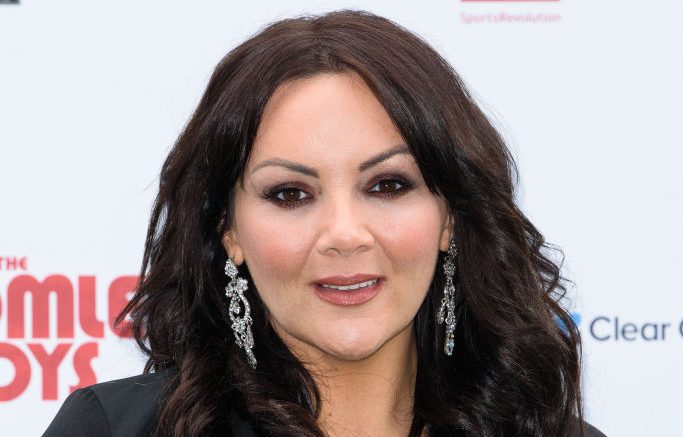 The former EastEnders star, 44, is proud have an ‘inner glow’ and is ‘fulfilled’ in her career and in her personal life, having been married to songwriter Jack McManus since 2012. They share six-year-old son Rafferty.

She told The Sun: ‘I’m feeling so much more fulfilled, confident and sexy than I ever did in my twenties.

‘What’s amazing is looking at people like Jennifer Lopez and Helen Mirren, who are ageing and yet their careers are still going strong. They’ve got this inner glow.’

The Love Actually star explained how she would have to put up a front and pretend to be sure of herself when she was younger.

‘People always thought I was really confident, but it was a good act. Genuine confidence took time for me,’ she added.

She is hoping to branch out into TV presenting and feels ‘grateful’ to be able to rebrand herself in an industry ‘can be disposable and ruthless’.

Martine returned to our screens in 2020 with an appearance as Swan on The Masked Singer UK, describing her time on the show as ‘a liberating thing to do’ that could help her face her claustrophobia.

She told Metro.co.uk: ‘I thought it would be quite a brave thing to do as well because I am quite a claustrophobic person. I’m a nightmare, like even being in a room without a window.

‘I knew The Masked Singer would be hard as you can hardly see and hardly breath and I just thought this is a challenge and I’m going to do it.’

Got a story?
If you’ve got a celebrity story, video or pictures get in touch with the Metro.co.uk entertainment team by emailing us celebtips@metro.co.uk, calling 020 3615 2145 or by visiting our Submit Stuff page – we’d love to hear from you.