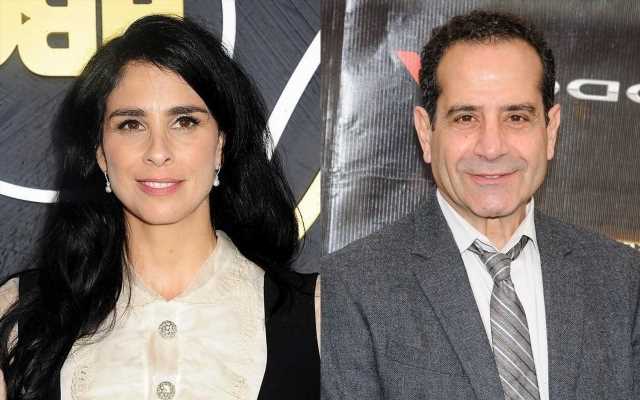 The cast member of ‘The Marvelous Mrs. Maisel’ disagrees with Sarah Silverman about her recent suggestion that only Jewish actors should play Jews on screen.

The actress and funnywoman caused a storm last week (ends01Oct21) when she called out Hollywood bosses for casting Gentiles to play Jewish roles in films and on television.

Speaking on The Sarah Silverman Podcast, she raged, “There’s this long tradition of non-Jews playing Jews…’Jewface’ – doesn’t feel good to say – is defined as when a non-Jew portrays a Jew with the Jewishness front and centre, often with makeup or changing of features, big fake nose, all the New York-y or Yiddish-y inflection.”

She zeroed in on Kathryn Hahn‘s recent casting as the late Joan Rivers, who was Jewish, in an upcoming limited series, and on “The Amazing Mrs. Maisel”, about a Jewish stand-up comedian, noting that neither Emmy winners Rachel Brosnahan, who plays the title character, or Shalhoub, who plays professor Abe Weissman on the show, are Jewish in real life.

“I always feel that we’re actors. We were trained to – at least I was – to not play myself, to play characters and so it’s troubling to me that they’re limiting actors,” he told Page Six at the New York premiere of his new movie Mass.

Ironically, Silverman was previously a recurring character on Tony’s hit show “Monk“, on which she played an overzealous admirer of his character.

“I just don’t know,” Tony continued. “If we start to go down that road, I don’t know where it ends. Are people who are members of the Mafia, are they going to be upset that people who haven’t actually committed those types of crimes are playing those roles?”

“When you extrapolate it all the way out, (that) way lies complete chaos.”

Freedom picnics bring with them a curly question for some