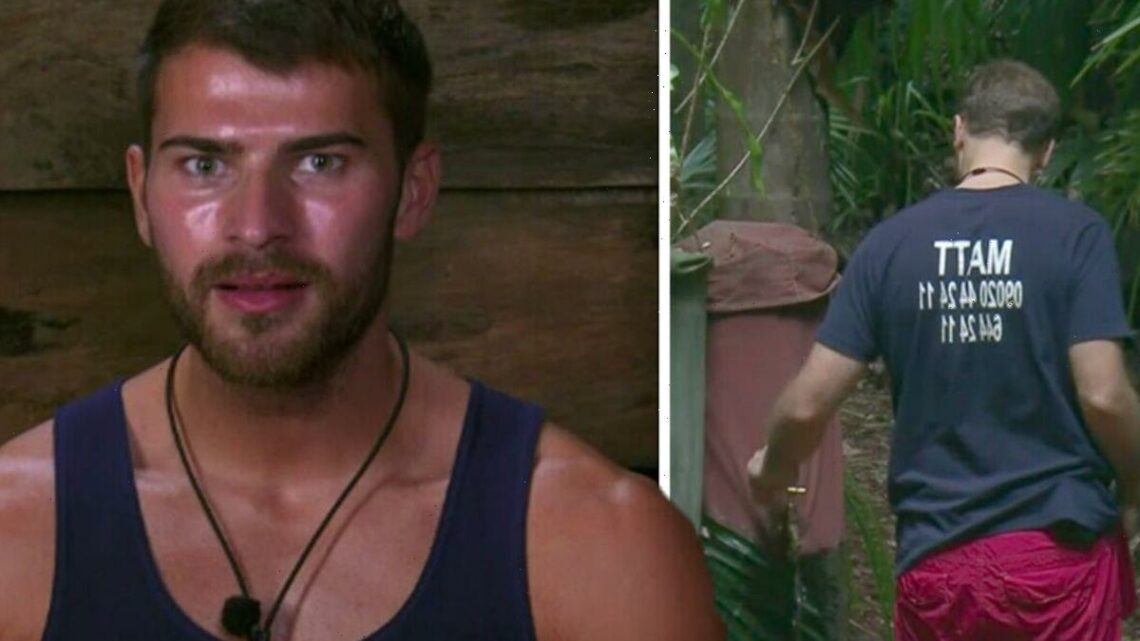 Owen Warner was horrified by the former Health Secretary as he quickly rinsed his hands after touching bird poo with his bare hands. The I’m A Celebrity… Get Me Out Of Here! took it as an opportunity to shame the Tory MP over his advice for people to sing Happy Birthday while washing during the pandemic.

In camp, Scarlette Douglas told Matt a bird had pooed on his leader’s chair: “That’s not so kind from a bird, but we’re not allowed to touch your chair so we didn’t do anything about it.”

The Tory MP began to wipe it off with his hand as Seann Walsh yelled: “Don’t touch that… what are you doing?”

Owen chipped in: “You’ve got to wash your hands now Matt!”

“He’s rubbing it in like it’s moisturiser [onto the chair],” Seann remarked, aghast.

After watching Matt rinse his hands under some water, Owen was horrified.

Speaking in the Bush Telegraph, he exclaimed: “That is our former Health Secretary… ‘happy birthday twice’ he told me and he’s just given a little [flick] after touching poo with his bare hands!”

Nurse Leone posted: “Sorry but Matt Hancock not washing his hand after touching bird poo?… more evidence that he was a terrible health secretary #ironic #ImACeleb.”

“Matt Hancock, the former health secretary, just wiped bird poo off a chair with his bare hand and when his campmates insisted that he wash his hands, he reluctantly rinsed his hand for a couple of seconds without soap. #ImACeleb,” Shark Boy tweeted.

Amy Jo McLellan shared: “So that was Matt Hancock – the former Health Secretary – wiping bird poo with his hands, and reluctantly washing his hands with just water (no soap).

“It’s a good job no diseases spread between species or faeces! #ImACeleb.”

“Matt Hancock, former health sec, voted against free school meals, providing the food for camp and rubbing bird poo off a chair with his bare hands that he then did not wash,” Fay Louise posted.

“How can anyone take this bloke seriously ever again #ImACeleb.”