Home » TV and Movies » McGann brothers: Inside the family of Vera, Doctor Who and Call The Midwife actors 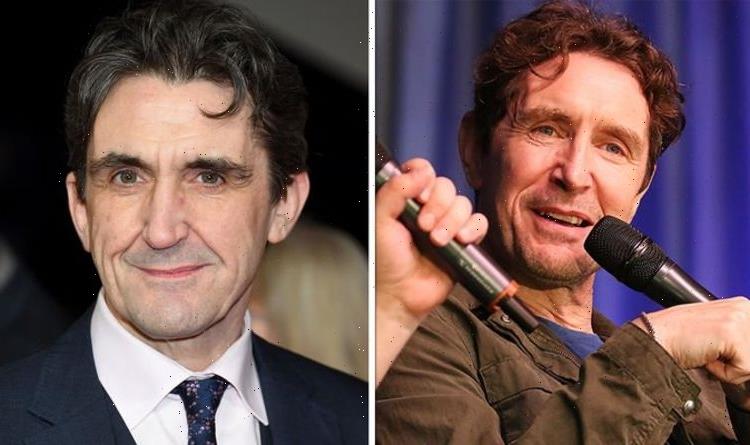 McGann brothers: Inside the family of Vera, Doctor Who and Call The Midwife actors

The McGann brothers include Stephen, Mark, Paul and Joe and they have each become familiar faces on the small screen. Stephen, 58, is starring as Dr Turner on BBC One’s Call The Midwife, and he is married to the show’s creator Heidi Thomas. Here’s all you need to know about the star and his brothers.

Joe, 63, is also an actor known for playing the lead role of Charlie Burrows in the TV comedy series The Upper Hand.

He is the eldest of the siblings, who was born in Kensington, Liverpool.

Together with his brothers Stephen and Mark, he starred in a play called Tom, Dick and Harry at the Duke of York’s Theatre in 1995.

This was not the only time he would act with his siblings as in the same year, all four brothers starred in the BBC drama The Hanging Gale.

One of his latest roles was as Edward Hutchinson in Hollyoaks, from 2019 to 2020.

He is currently starring as Julian Carr in the 11th season of Vera on ITV.

Paul, 62, came into the spotlight when he played Percy Toplis in the television serial The Monocled Mutineer.

He is the second-eldest of the McGann brothers and was born in Liverpool.

The star is married to Anne Milner and he has two sons, music producer Joseph and actor Jake.

He is best known for playing the eighth Doctor in the Doctor Who 1996 TV film.

His latest role was as Dr Jake Strathearn in the series Annika.

Mark, 60, is an actor, director, writer and musician whose breakthrough role was as the eponymous character in Lennon in 1981.

He was born in Lancashire and he now lives with his wife, Caroline Guinness-McGann, in Somerset.

His TV credits include The Grand, Seven Great Industrial Wonders of the World and Let Him Have It.

The star is also known for his writing and directing, and he worked on Imagine Lennon, The Sunderland Saga and The Could Lad of Hylton Castle.

In 2017 he was able to fund his short film, Perplexed Music, which stars his brother Paul and nephew Jake in leading roles.

Call The Midwife star Stephen is the youngest of the brothers and he has one son, Dominic.

He was born in Kensington, Liverpool and first starred as Mickey in the West End musical Blood Brothers.

The actor is also known for playing Sean Reynolds in Emmerdale from 1999 to 2002.

Fans may also be interested to hear McGann is a public speaker and communicator of science.

In January 2016, McGann published a book called Doctor Turner’s Casebook, in which he revisits key medical cases in Call The Midwife.

The actor opened up about the future of the BBC historical drama and what it may hold for some fan-favourite characters.

He teased a “departure” could be on the horizon for someone associated with Nonnatus House.

In the most recent episode, he helped set up a cervical screening clinic and had to deliver the tragic news that one patient had cervical cancer.

More than 23,000 support bus driver axed for being 'too short'