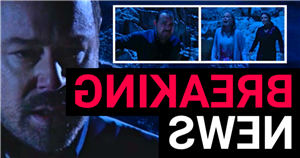 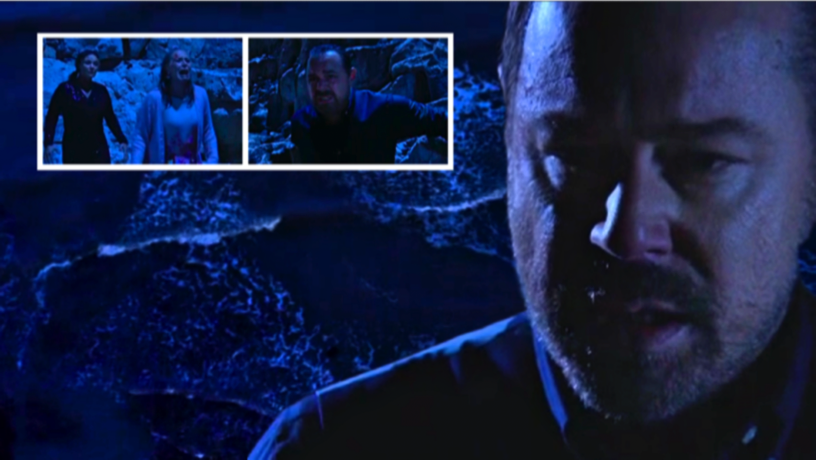 EastEnders’ Mick Carter (Danny Dyer) went out in a big way, doing what he always did best as he put himself in harms way to save the love of his life Linda (Kellie Bright) from a watery grave.

The Queen Vic landlord, as viewers know, tied the knot with Janine (Charlie Brooks) earlier this week, blissfully unaware of the lying, cheating manipulator that she really is.

Shirley (Linda Henry), however, knew full well that her new daughter-in-law was not to be trusted, and after eavesdropping on a conversation between Janine and Scarlett (Tabitha Byron), she commenced an investigation to get the evidence she needed to expose her.

Christmas Day’s offering of the BBC One soap, as always, was when the exciting stuff took place, as Shirley joined forces with Linda, after discussing her fears about Janine.

With Jada Lennox (Kelsey Calladine-Smith) having returned to Walford for the holidays, Linda refused to go home, unable to forgive the teen for nearly losing her baby Annie.

Janine, meanwhile, spotted Jada from across the Square, and – fearing that her secret would out – she invited love rival Linda and Shirley to spend the day with them.

The schemer enjoyed being the hostess, rubbing Linda’s nose in it as ever, but little did she know what was about to transpire, as Sharon Watts (Letitia Dean) arrived with Jada, who revealed that Janine had blackmailed her into calling social services on Linda.

Janine was quick to cover her tracks, and Mick once again believed her lies, but when Shirley started to question her – specifically about the photo of Frankie Lewis (Rose Ayling-Ellis) in which Janine can be seen in the background – things started to fall apart.

Scarlett left the table, upset by Shirley’s antics. Linda gave chase, having a heart-to-heart with the little girl, who ultimately decided to do the right thing, as she returned to the living room and revealed the truth about the car accident!

Lidna was in shock, trying to process the news that Janine had caused the crash and made her look like she was driving, and thus she lashed out at the schemer.

Mick’s entire world fell apart as he finally saw Janine for who she is, before her ordered Linda and Shirley to leave.

Once downstairs, the landlord shared an emotional scene with Linda, in which he admitted that it’s always been her, and that he’s still in love with her.

Linda broke down in tears, having desperately wanted to hear those words for so long, and the two soulmates shared a kiss, excited for a future where they’d be together forever.

Mick, however, subsequently confronted Janine, ordering her to pack her bags, and get out at once, making it clear that she’s going to go to prison. But Janine evaded justice, jumping into a car and speeding out of the Square.

Mick jumped in a motor with Linda in tow, and they gave chase, before apprehending vile Janine on a blustery cliffside. The schemer attacked Mick, saying some truly horrific things, before getting back into her vehicle and trying to drive away.

Linda, however, got in the passenger seat, and tried to obtain control of the wheel, fearing that history would repeat once more. Tragedy did strike afterwards, as the car sped off the cliff and into the waves below!

Mick jumped in, determined to rescue love of his life Linda, who instructed him to prioritise Janine and their unborn baby.

The landlord did just that, getting Janine to safety, but he refused to stay with her, instead returning to the ocean to rescue his soulmate.

Little did he know, however, that Linda had made it to safety.

The landlady was horrified to realise Mick went back in after her, as she screamed at the top of her lungs, hoping for him to resurface.

But he didn’t. Mick has gone. The question is: is he dead?

Or will this be one of soap’s great mysteries that we simply never find out the answer to?

EastEnders continues Boxing Day at 7:30pm on BBC One.

Backlash as Whoopi Goldberg doubles down on Holocaust race claims