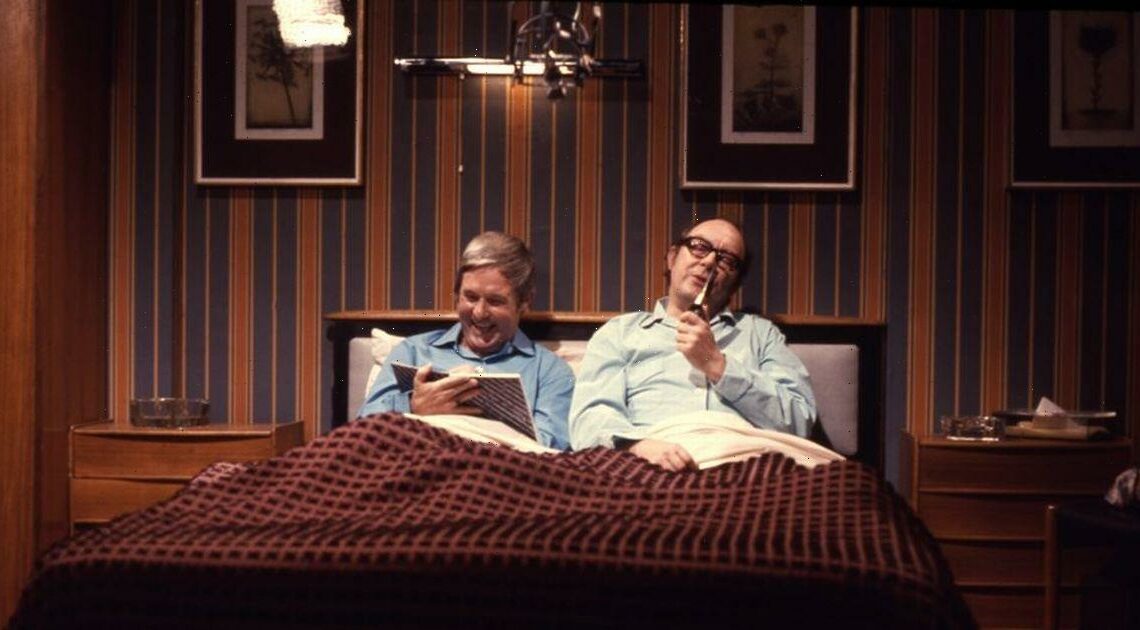 Morcambe and Wise will be back in bed together providing the biggest laughs for the country on Christmas Day.

Now the BBC is broadcasting it December 25 as a tribute to the pair whose Christmas specials used to draw audiences of 20million.

Eric Morecambe’s son Gary found the show in an old box of tapes in the attic of his mum’s house in Harpenden in Herts.

He sent the 45-minute video to the BBC to be restored to its former glory and turned from black and white into colour.

Bosses thought the episode from October 1970 had been lost or erased for good.

But now it will be shown in full on BBC Two at 7.45pm on Christmas Day.

It is the first show they recorded for BBC One following their “upgrade” from BBC Two.

And it features some golden TV moments from Eric and Ernie who were one of the UK’s most successful comedy double acts.

The pair will be seen in their pyjamas in bed together – one of their iconic sketches on their TV series.

Eric will be seen trying to listen through the walls to the antics of a saucy pair of newlyweds who have just moved in.

Special music guests on the show include Paul Anka, Patricia Lambert, Kenny Ball and his Jazzmen.

Gary Morecambe said: “I didn’t realise how far the BBC would go to present it… that it would then get colourised, which is fantastic, so it’s been brought bang up to date.

“And also what’s really good is the quality of the show itself, you can see the embryonic Morecambe and Wise come through.

“It’s a bit like when they found something of Tony Hancock and Dad’s Army, these are important pieces from the golden era of television so to find something that was presumed wiped, and has been sitting in an attic for 50 odd years, that is very exciting and very important.”

Morecambe and Wise fronted 175 shows over a 22-year television career.