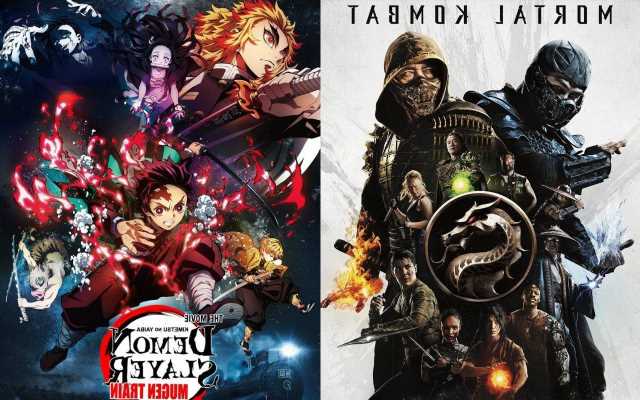 The live-action adaptation of the popular video game and the big-screen version of the Japanese manga series lead the improving box office with a combined gross of $42 million.

AceShowbiz -The movie industry is slowly, but surely rebounding. After “Godzilla Vs. Kong” record-breaking debut gave away a hope of recovery in the business, this time “Mortal Kombat” and “Demon Slayer the Movie: Mugen Train” took the charge to boost the North American box office.

Both movies exceeded industry’s estimates to lead the chart with an impressive combined gross of approximately $42 million, doubling their pre-opening estimates. The live-action adaptation of the popular video game tops the rank with an estimated $22.5 million opening gross, while the big-screen version of the Japanese manga series trails close behind at No. 2 with an estimated $19.5 million.

“Godzilla Vs. Kong” is forced to step down two ranks to No. 3 after three weeks leading the chart. The epic monster showdown movie added an estimated $4.2 million, bringing its current total domestic gross to $86.6 million.

Bob Odenkirk‘s “Nobody” also takes the plunge from No. 2 to No. 4 with an estimated addition of $1.9 million to its domestic gross. Meanwhile, “Raya and the Last Dragon” falls one place to round out the top five with approximately $1.7 million.

The only other newcomer this week is indie film “Together Together“. The R-rated quirkie dramatic comedy debuts at No. 8 with approximately $522,440. All together, the total revenues will come to around $55 million, which is 25 percent better than any weekend since theater closures began last year.

Next week, a number of movies such as “The Father“, “Promising Young Woman” and “Judas and the Black Messiah” are expected to see a significant surge in their weekly revenues following their Oscar wins on Sunday night, April 25.